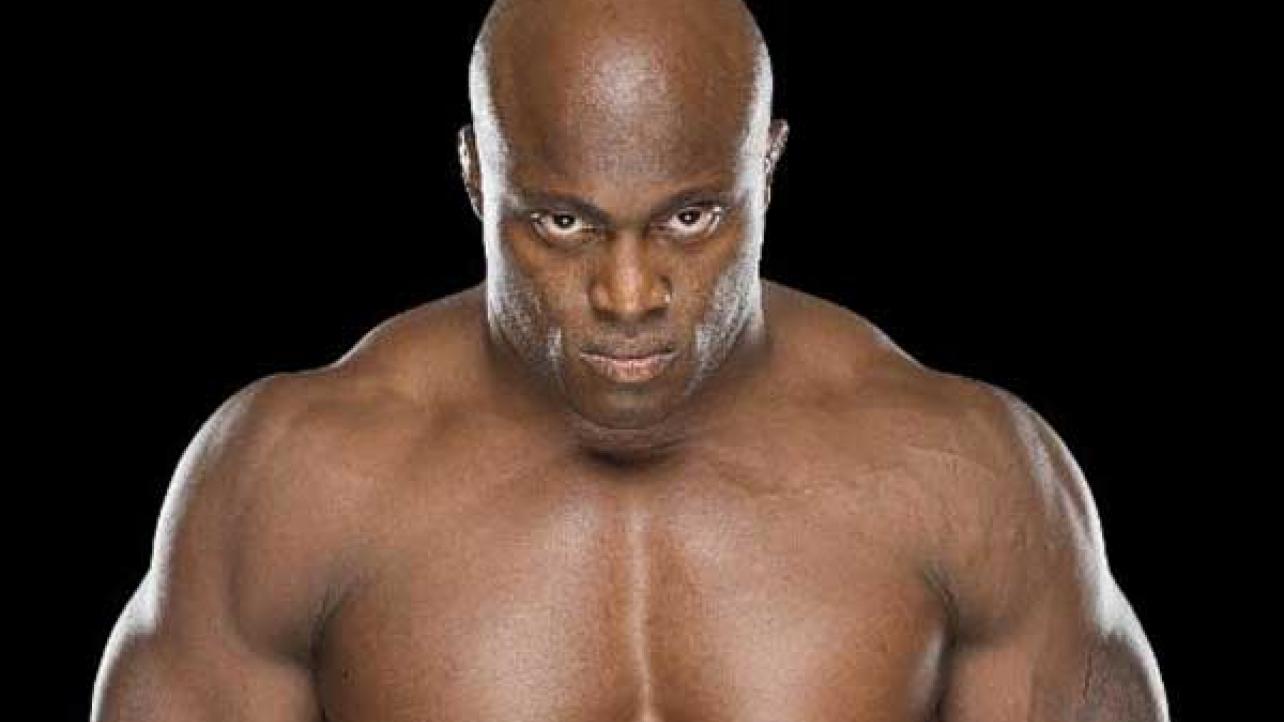 TNA World Champion Bobby Lashley appeared on Jim Ross’ “Ross Report” this week to promote his upcoming Bellator MMA fighting return, as well as his match at tonight’s TNA Bound For Glory pay-per-view. Below are some of the highlights from the interview.

“Matt is completely changed and reintroduced himself to the crowd in a whole different way and I like it. I like it. He’s bringing a lot of fans into the show and it’s an interesting character. And I kind of like what they’re doing. They kind of just gave him the opportunity to run with it. And he [has] run with it. I think that has kind of been his baby the entire time. Him and Jeff kind of just ran with it and it’s catching on. Delete, delete, delete, delete. The crowds loving it. We all love it and it just keeps getting freakier and freakier and people tune in just to watch it. So I think it’s an amazing, amazing thing he’s doing right now with his career.”

On Moose in TNA and being interested in teaming with the former NFL player:

“I love the Moose. The crowd loves it when he comes out. Moose, he [has] got a little bit going on. We just don’t know what he is right now. We don’t know if he’s going to be that huge babyface. I mean, they brought him in originally as a heel, which it’s hard to be a heel when the crowd just loves singing his song so much. So now, we’re going to see what he can do. Maybe me and Moose can clash. I think it’d be interested if me and Moose kind of teamed up and ran with it a little bit because I think the tag team division is starting to kind of come together right now in TNA with Matt and Jeff coming back together. And then you have the Bromans; and then, you have the Decay; and you have all these guys starting to pair up. I think it would be kind of exciting to get a little run with it, kind of the old fashioned teams linking together and going after each other. I think it would be interesting. I’d love to work with Moose if that is a possibility.”