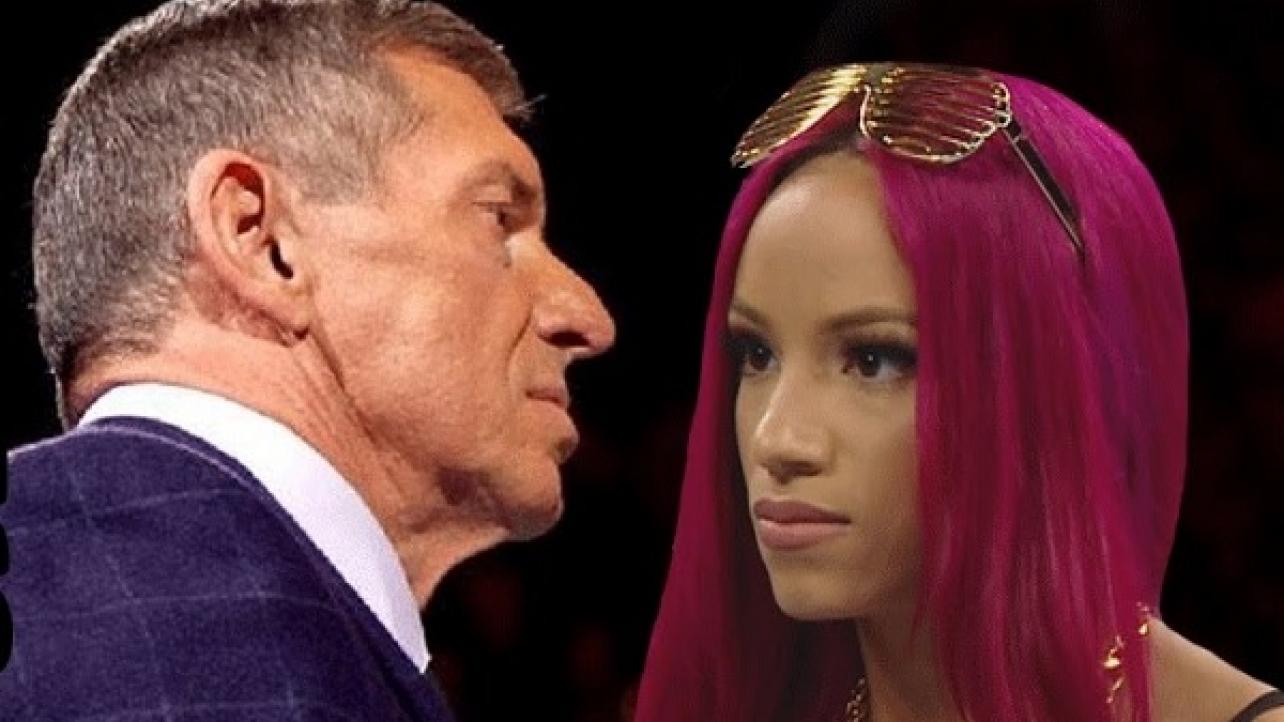 The feeling on Sasha Banks is that there is a strong chance she will eventually return to WWE sooner or later, reports the Wrestling Observer Newsletter.

The reason for this is due to her contractual situation with WWE as she remains locked up with the company and can’t legally wrestle anywhere else. Furthermore, by sitting out, WWE can essentially freeze her contract indefinitely/forever so her only other option if she didn’t want to come back to the company would be to retire.

Sources also note that there is virtually no chance they would release her from contract.

For what it’s worth, Banks has been rumored to be returning this summer, perhaps as early as this Sunday’s Extreme Rules and she has begun doing some promotional work for WWE.

She was also said to have a closed door meeting with Vince McMahon a couple months ago to try and iron out whatever differences may exist.