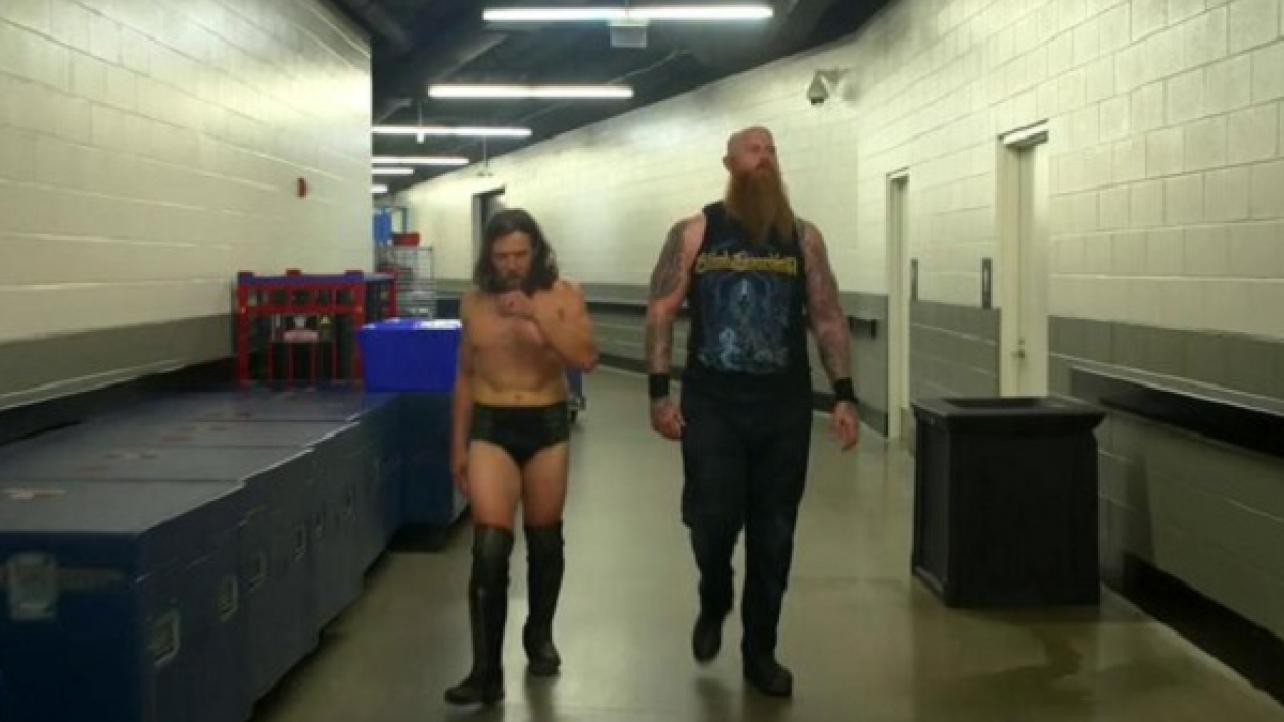 After the show, WWE caught up with Daniel Bryan and Rowan backstage at the Little Ceasars Arena in Detroit, Michigan to ask about Buddy Murphy implicating the two as the culprits behind the multiple mystery attacks on “The Big Dog.”

Additionally, WWE released a poll on their official Twitter feed asking the WWE Universe the question, “Do you believe Daniel Bryan and Rowan are responsible for the attacks on Roman Reigns?

Do you believe @WWEDanielBryan and @ERICKROWAN are responsible for the attacks on @WWERomanReigns?

– In addition to NXT TV (Preview Here) the latest episode of NXT U.K. TV premieres on the WWE Network this afternoon.

WWE.com released the following preview for today’s show, which premieres at 3/2PM C.

After several weeks of rising tension inside and outside the ring, a collision course of massive proportions is about to take place when “Bomber” Dave Mastiff goes one-on-one with Gallus’ “Iron King” Joe Coffey. The animosity between the two titans has reached epic levels, and the potential damage is therefore immeasurable. Who will survive as the “Bomber” steps into Gallus’ kingdom?

Plus, Piper Niven pairs up with Xia Brookside against the nefarious Jinny and her very lucrative investment, the brutal Jazzy Gabert.

Make sure to check back here at eWrestling.com this afternoon for a complete NXT U.K. TV recap!