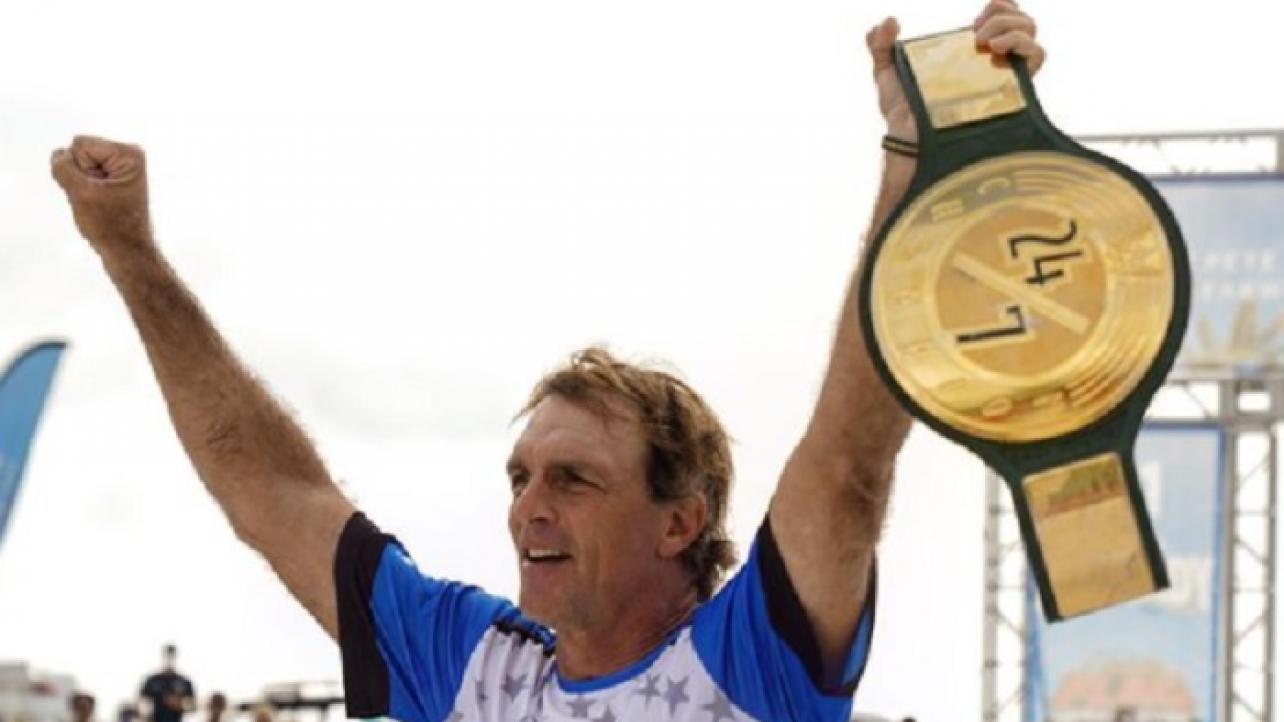 Pro-football legend Doug Flutie (Buffalo Bills, New England Patriots, San Diego Chargers) defeated R-Truth at today’s #CelebSweat celebrity flag football game to capture the title despite the fact that Truth was also on his team. WWE later released photos of the upset, which you can check out below.

A shocker in the sand! @DougFlutie pinned #CelebSweat Flag football teammate @RonKillings to win the 24/7 Title at halftime! #AndNew pic.twitter.com/irAf1orfpK