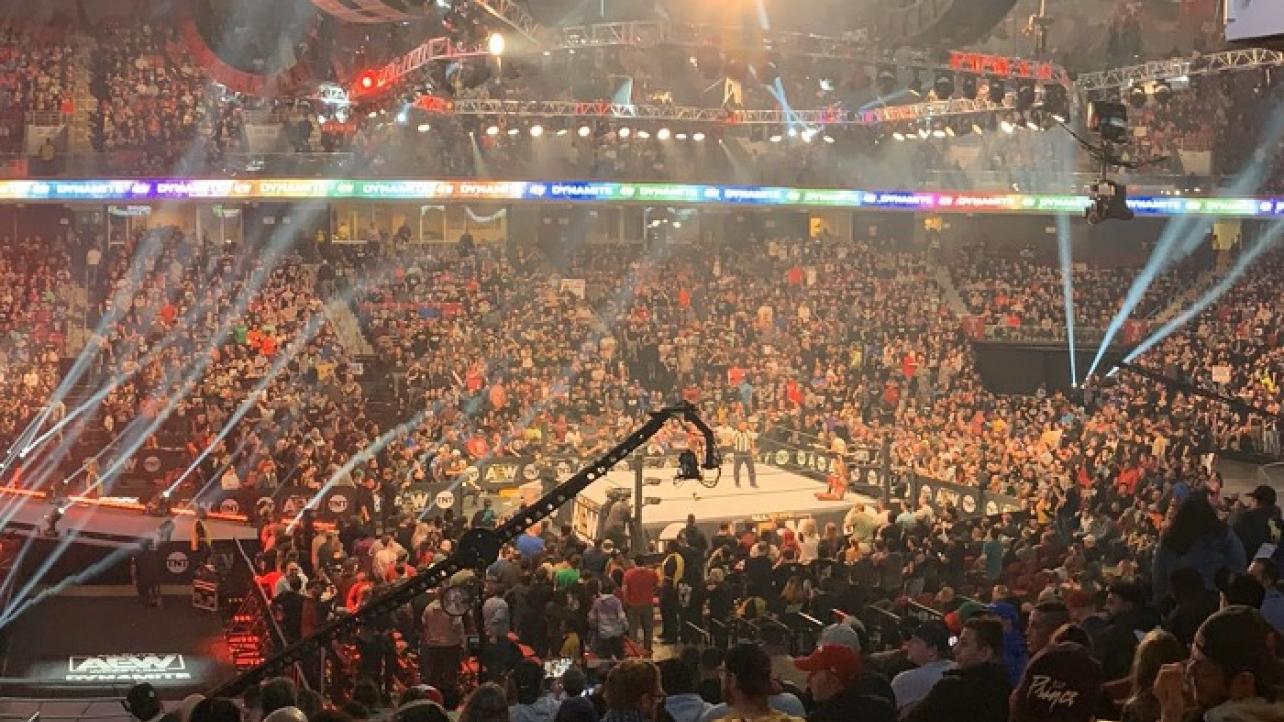 The atmosphere at week three of AEW Dynamite — which emanated from The Liacourus Center in Philadelphia, Pennsylvania — was so great that AEW executives and officials from the venue took to social media to acknowledge the “party” like vibe for the All Elite Wrestling (AEW) event.

Following Wednesday night’s show, which also featured a few matches taped for next Tuesday night’s episode of AEW DARK on AEW’s YouTube channel that included Cody, Dustin Rhodes and The Young Bucks in a big eight-man tag-team match (AEW Dark *SPOILER* Results For 10/22), AEW Executive Vice President (EVP) and active talent Cody took to his official Twitter page to describe the atmosphere in The Liacourus Center in Philly this week as a “party.”

“The environment these shows have become is just…a party,” wrote Cody after the show on Wednesday night, before going on to describe the atmosphere as “a wall of sound.”

“Fortunate to be able to take this show on the road all over,” he added.”

Also chiming in with a reaction to the atmosphere created by the AEW fans on Wednesday night was the official Twitter page for The Liacourus Center in Philadelphia, PA.

“The Philly debut of [AEW on TNT] couldn’t have gone any better,” wrote the Twitter page. “Thank you to all of the fans for packing the house and making it LOUD! #AEWDynamite #AEWPhiladelphia.”

Check out the tweets from Cody and The Liacourus Center Twitter pages below. For complete AEW Dynamite Results from their week three show on Wednesday, October 16th in Philadelphia, PA., click here.

The environment these shows have become is just…a party.

Fortunate to be able to take this show on the road all over. https://t.co/HKwijGShWh

The Philly debut of @AEWonTNT couldn’t have gone any better! Thank you to all of the fans for packing the house and making it LOUD! #AEWDynamite #AEWPhiladelphia pic.twitter.com/S9s7zJigBD