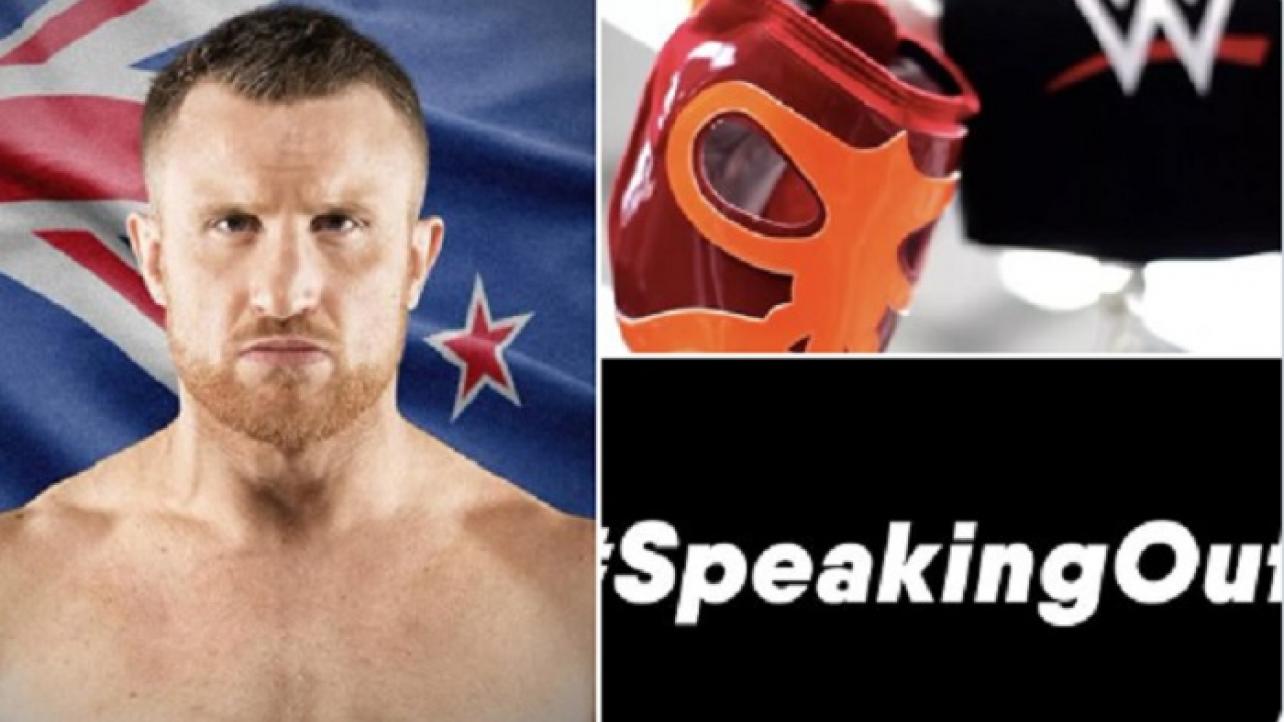 The #SpeakingOut movement has resulted in the release of two more WWE Superstars.

John Pollock of postwrestling.com is reporting that WWE has released Travis Banks, who wrestled for the company’s NXT UK division.

He was one of the names mentioned in the sexual assault #SpeakingOut allegations earlier this month.

Meanwhile, PWInsider.com reports that WWE has also released Ligero from his contract.

Similar to Banks, he was also accused of various forms of misconduct in another #SpeakingOut accusation.

WWE has not publicly confirmed either release but Ligero’s profile has been removed from WWE.com while Banks’ profile is still online but is no longer listed on the NXT UK page and can only be accessed directly.

We will keep you posted here at eWrestling.com as updates regarding Ligero and Travis Banks’ WWE release and #SpeakingOut movement updates continue to surface!