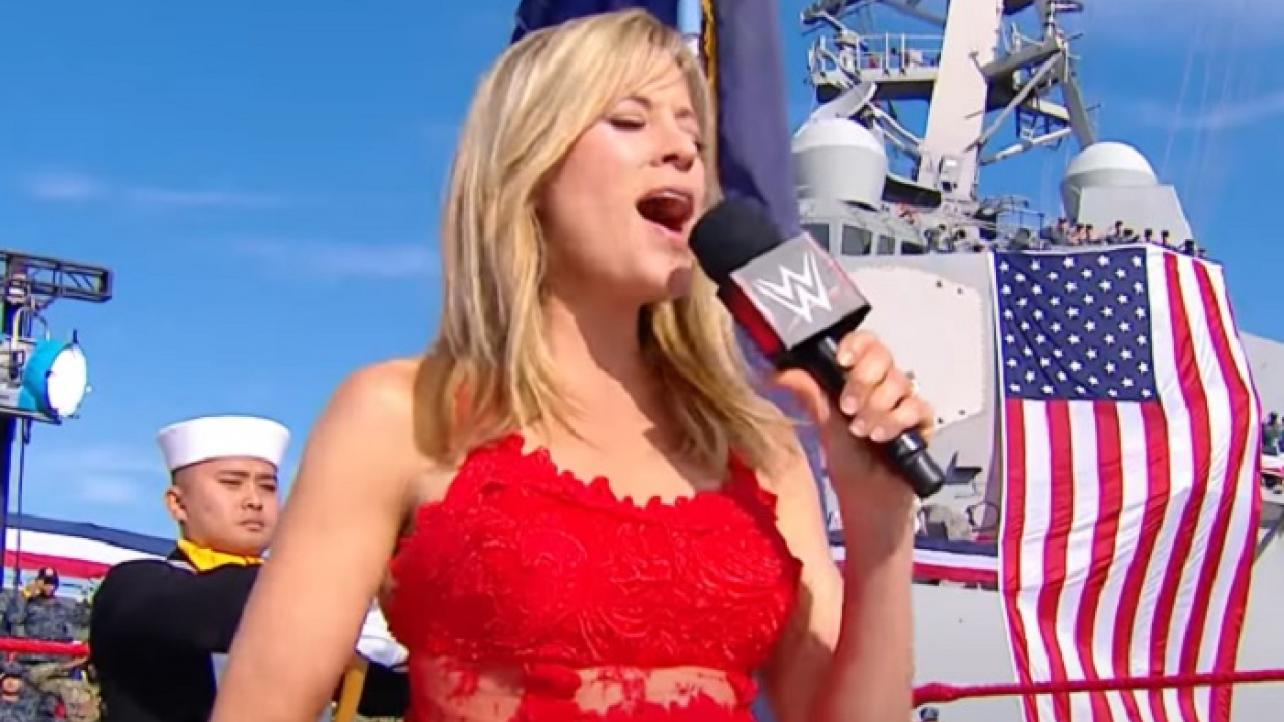 During the discussion, the former longtime WWE ring announcer spoke about bringing her weekly podcast to the WWE Network in video form, her list of dream guests and how Dwayne “The Rock” Johnson is responsible for her singing the United States National Anthem before WWE live events.

Featured below are some of the highlights of the new TV Insider interview with WWE veteran and podcast host Lilian Garcia.

On the move to WWE Network for her “Chasing Glory with Lilian Garcia” podcast being in the works for a while: “I took a break from Chasing Glory in May. I was looking at my husband, and with all the chaos in the world, we just needed a break. We had [planned to] come back in the fall. I received an email from WWE [asking] if I would consider putting the video portion [of the podcast] on the network, assuring me this was still my production. They wanted to keep doing what I was doing because they saw it was working with 7 million downloads. It’s on the free side of the network, which really made me think it was a good idea because more people can see it and hear it. This is one of those shows that is helping people, which is what I’m all about. It just made sense.”

On Vince McMahon and others on her long list of dream guests for the show: “It’s a long list. Everyone has such a unique story. I tell everyone to own their story, share it and help others. I would love to have Vince McMahon. The story he must have. Hopefully, we can get to a point to make it happen. I also love Pat Benatar. She inspired me and is why I sing the way I sing. I would love to have somebody like her. I would like to have others who haven’t been on like Roman Reigns, Ronda Rousey, The Rock. The list goes on.”

On Dwayne “The Rock” Johnson being the reason she ended up singing the United States National Anthem at WWE events: “All the backstage interviews we did could make me blush. It was hilarious. My favorite moments were off-camera. He was one of the first ones to befriend me. He is the reason I got to sing on the show. When he found out I sang, he asked me to sing the National Anthem. He didn’t have to do that. His career was going so strong. He didn’t have to take the time to befriend me and help me through these backstage interviews. It’s really cool to have that memory of him being that generous.”

Check out the complete Lilian Garcia interview at TVInsider.com.

REACTION: Lilian Garcia Sings For WWE Because Of The Rock