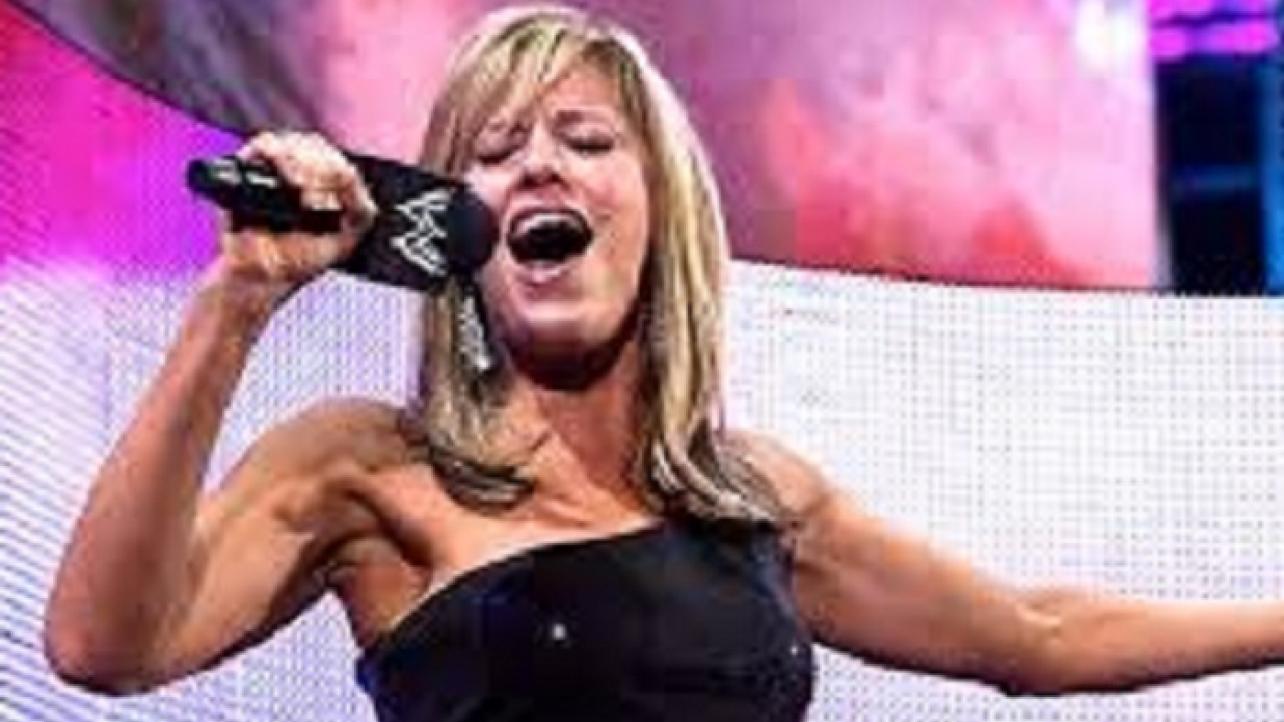 Lilian Garcia Talks About Chemistry She Had With The Rock, Singing National Anthem After 9/11

Former WWE ring announcer and host of the Chasing Glory podcast Lilian Garcia recently spoke to TalkSport to discuss her time with WWE, where Garcia gives her thoughts on working with The Rock, and how Vince McMahon trusted her to sing the National Anthem on the SmackDown after 9/11. Highlights are below.

On working with the Rock:

Oh my god, I had so much fun with him. You’re right [we had great chemistry]. It’s so funny, he knew how to make me blush! And I didn’t realise how easy I could blush! [laughs]. But there was just certain things he would say and I’d be like ‘oh my god!’ because, ya know, he is The Rock! [laughs]. Of course, even men blush! It was always fun working with him.

Her involvement in WWE storylines:

Oh, I loved it. Anytime they asked me about doing something on-screen ‘hey, would you mind doing this?’ again, it kind of goes back to my acting stuff, right? So I was able to be apart of the story. I was like ‘hey, anything I can do’. Especially when they were like we really want to use you to put Viscera over and give him that character, make him a ladies man and I’m like, OK! [laughs]. I didn’t know where it was going, but I never felt in danger of anything. I will say I hurt when I did the angle with Three Minute Warning. But man, did it look good! It looked so good! I was so happy. What happened though when I hurt the next day, I just got another layer of respect for them. I thought the mat was nice and cushy for them – no! It’s just boards. How these athletes do this for over 300 dates a year traveling the country… the only silver lining of this terrible year is the break they’ve got from the road.

How Vince McMahon trusted her to sing the National Anthem on the SmackDown after 9/11:

Ya know, sometimes when you’re living it, you don’t realize it and I didn’t until you just mentioned it to me but I got an opportunity to see Vince last week and I just said thank you. Thank you for having me back home. Thank you for putting on the network and just thank you for the memories. And I do have amazing memories and Vince did trust me, especially on 9/11. He looked at me and he was like ‘you’ve got to do this. I really think you can do this. It was absolutely the most difficult national anthem I ever did. Because I was living in New York at the time and I was very, very emotional as to what was happening to New York, what was happening to our country. For like two days leading up to it, I was crying all the time. I just couldn’t shake off what had happened and the loss of all those people. And then when he asked me ‘would you please do the national anthem, I really need you in this moment’ – of course he would never force me, if I said I literally cannot do this I’m sure he would understand – but I also knew that I had to do it. As an army brat, it couldn’t have been anymore special. My dad fought for this country and was in the army for over 20 years. He was a lieutenant colonel. I was born on a military base. So the military and what it represents is everything to me. So in a time like that, where the country needed to have something to unite in some way, if it was me as the vehicle to be able to do that, what an honor. And that’s what it ended up being, a true honor.

On getting Chasing Glory on the WWE Network:

When I first conceived the idea in 2004, I had pitched it to the WWE. Isn’t that crazy? But it was ahead of it’s time, there was no podcasting, there was no real other platform to do this, nor a WWE Network. So it wasn’t the right timing, but in 2016 when I left the WWE we put it out there and then for them to see the growth of the podcast with over seven million downloads, people really resonating with the stories it was like ‘woah, I think we need to have this on our platform! They really loved what I was doing. And also loved how much the superstars loved doing the episode. For example, Shotzi Blackheart saying she was so glad she came on here. Braun Strowman saying it felt like a weight lifted from his shoulders and Rhea Ripley – and this is a spoiler alert – she’s coming back to Chasing Glory! And she says right at the beginning of her interview how happy she was to be back and she revealed some very heavy things she’s gone through in her life. We need this dialogue in our lives. Fans go through it too and it helps them connect. We need to stop feeling alone. Suicide needs to go away. We can help each other out and there is another way. When WWE reached out to me – and this is very important because it’s what sold me on it – they said we don’t want our production on this. We want this to be a Chasing Glory production.

Lilian Garcia Talks About Chemistry She Had With The Rock, Singing National Anthem After 9/11