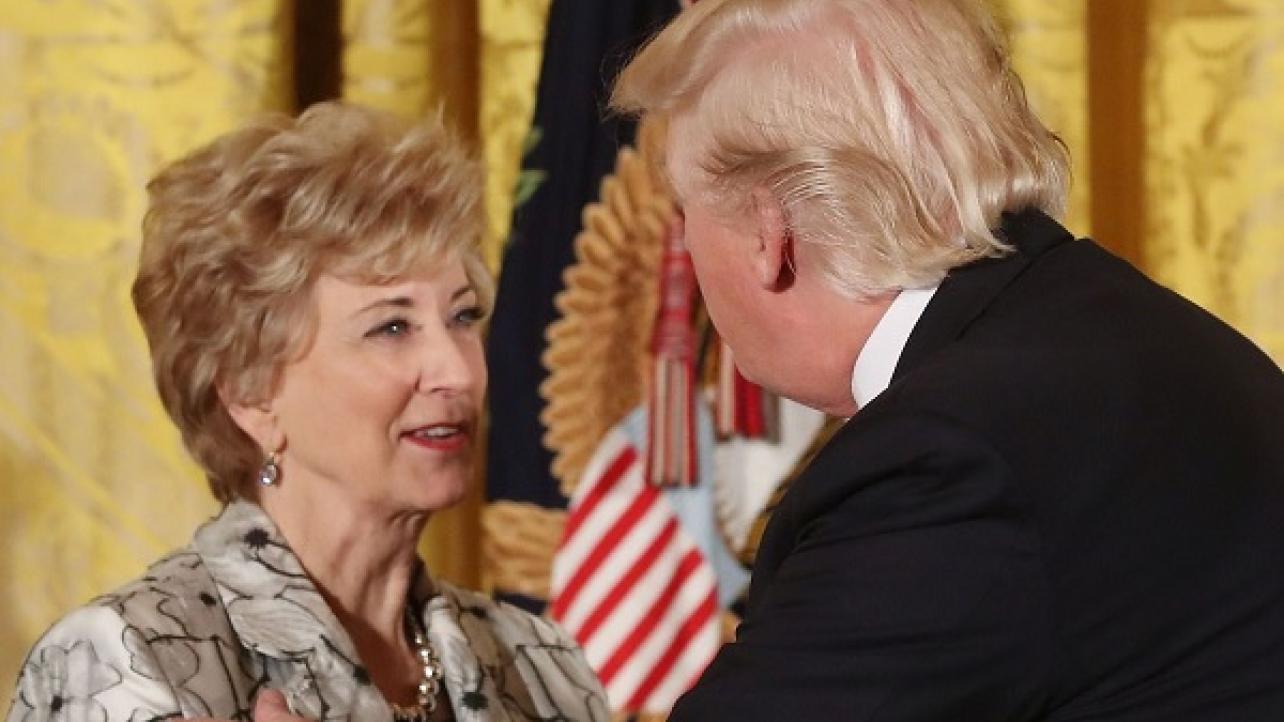 – Head of the Small Business Administration under U.S. President Donald Trump, Linda McMahon, took to Twitter on Thursday to deny that she is the author of the anonymous letter in the New York Times from Trump’s administration that criticized the President. Check out Linda’s tweet about the subject below.

I am not author of the anonymous @nytimes op-ed. @realDonaldTrump has a clear governing vision for the country and his record of results is remarkable. I am proud to serve as a member of President Trump’s @Cabinet to advocate on behalf of America’s 30 million small businesses.

In honor of Pediatric Cancer Awareness Month, your favorite @WWE Superstars are raising money for @ConnorsCure by auctioning off their favorite signed gear the entire month of September. Support the fight to end pediatric cancer by visiting: https://t.co/ZhFM0LNOp1