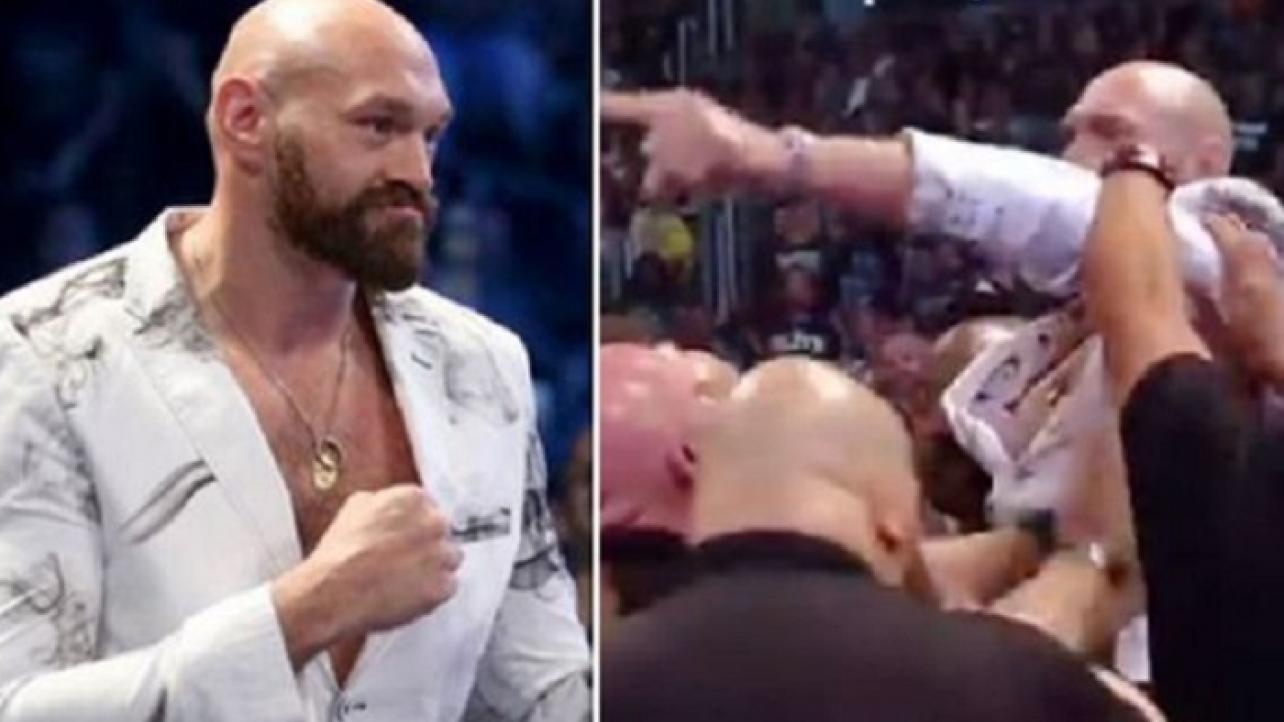 The Outspoken Lineal British Heavyweight Boxing Champion of the World, Tyson Fury, will apparently have an “open microphone” when he makes his follow-up WWE appearance on this coming Monday night’s episode of WWE RAW.

After appearing on WWE SmackDown’s premiere on FOX last night and engaging in a confrontational angle with Braun Strowman, boxing star Tyson Fury looks set to be appearing on Monday’s episode of WWE RW, as he has been offered an “open microphone” to speak his mind about the incident on Friday.

WWE is offering Tyson Fury an open microphone… so, what could possibly go wrong?

After hopping the guardrail this past Friday Night on SmackDown in an attempt to confront Braun Strowman, the always controversial Fury will now be offered an open forum this Monday night on Raw to speak his mind following the explosive incident that saw a small army of security struggle to keep him from getting into the ring to mix it up with The Monster Among Men.

Tune in this Monday night at 8/7 C on USA Network to see if Fury accepts!

Linear Boxing Heavyweight Champion of the World, @Tyson_Fury (#TysonFury), to have “OPEN MIC” when he makes follow-up #WWE appearance on Monday’s #WWERaw to address @BraunStrowman (#BraunStrowman) incident from #SmackDown (#SmackdownOnFox)