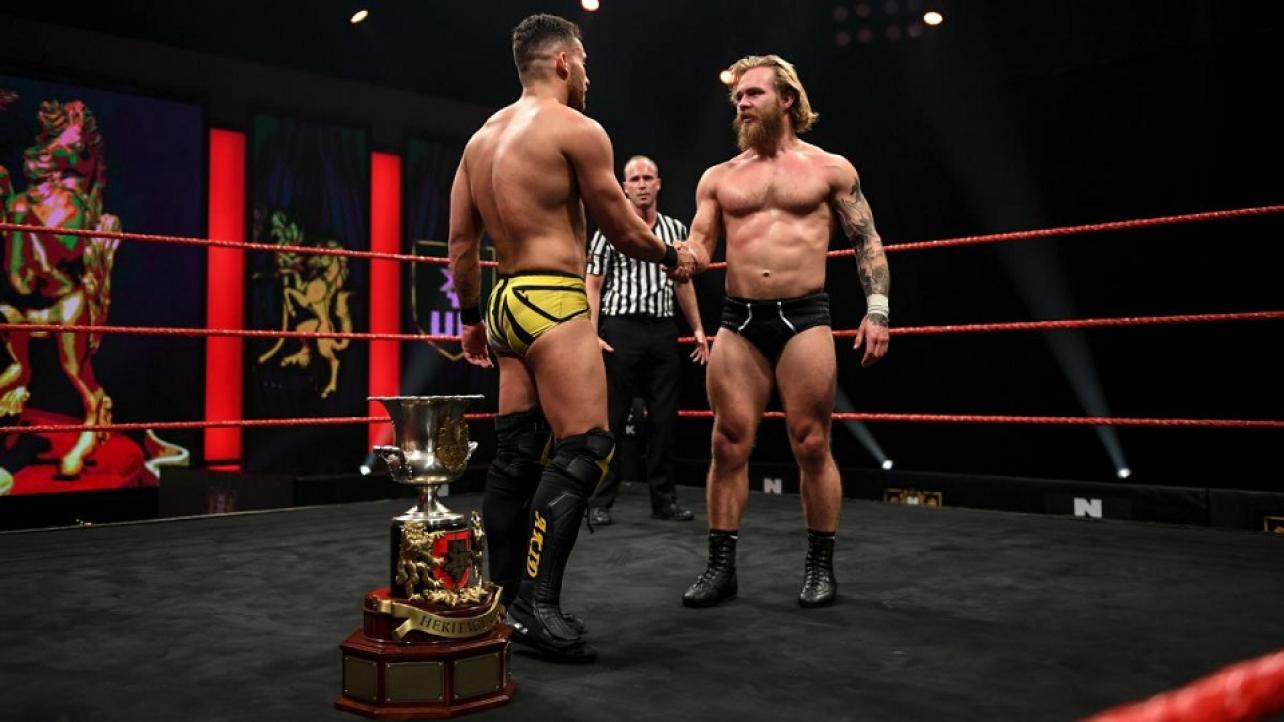 Lineup For Next Week’s NXT UK

During the latest episode of NXT UK, WWE announced a few segments for next weeks show.

On the next edition of NXT UK, an NXT UK Heritage Cup Championship match will be contested. There will also be an appearance from the brand new NXT UK Women’s Champion. Check out the lineup so far:

.@JackStarzzz will look to make his dream a reality when he clashes with Tyler Bate next week on #NXTUK! pic.twitter.com/oCJVVcsUYZ

Lineup For Next Week’s NXT UK