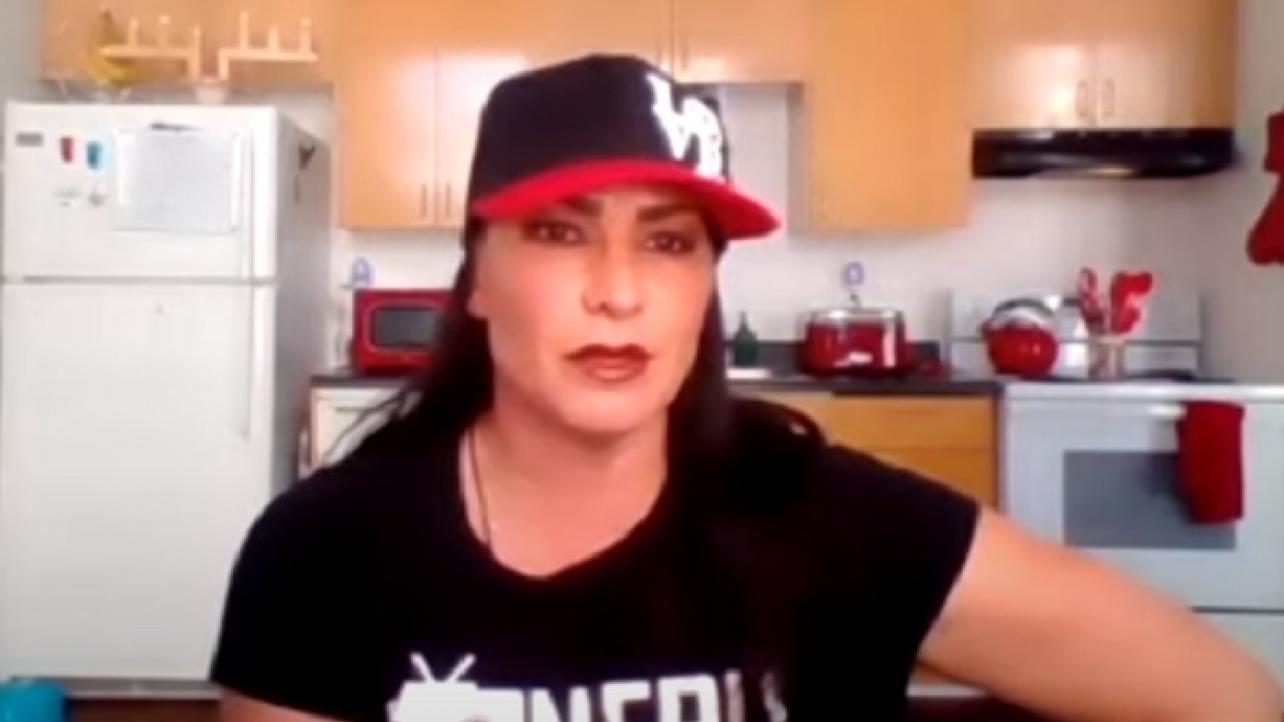 During the discussion, the former WWE Diva known as “Victoria” and IMPACT Wrestling star known as “Tara” spoke about her failed talks with WWE about becoming a producer for the company, possibly signing with All Elite Wrestling and more.

Featured below are some of the highlights from the new Wrestling Inc. Daily interview with Lisa Marie Varon.

On failed talk with WWE about her possibly becoming a producer:

“I talked [to them] a long time ago when I got divorced, [and] I moved back to California. So I was living with my brother, Mike, and I was living out of boxes. I didn’t want to unpack because they contacted me about possibly bringing me in as a trainer. And then I was calling, ‘Hello guys. I’m living out of a suitcase. I have one suitcase here at my brother’s house. Do I get an apartment? I can’t invade my brother’s family’s home.’ Even though they’re open arms. ‘You stay as long as you want,’ but I’m an adult. I need my own place. I need to set out my stuff, and do I unpack?

“I finally called Fit Finlay. He goes, ‘They already hired somebody for the training spot. They went with Sarah Stock,’ which is a great choice. I love her. She’s gonna be a future guest on our show, but I just wished I got a call back just to say ‘Hey, we’re going to go with somebody else. You can go ahead,’ and then as soon as I got the call, I was moving in with Torrie Wilson in LA. I was on hold.

I was like, ‘Okay, It’s been three months at my brother’s house.’ My brother’s like, ‘Have you heard back?’ And I go, ‘I called, but you don’t be a nag.’ But at the same time you’re like, I need to move on. I need to know what my next chapter in my life is. Do I go out to LA? Do I stay near my brother’s house? But I didn’t get the spot. My feelings weren’t hurt because I didn’t get the spot. My feelings were hurt with ‘well, I didn’t even get a callback to say move on.’ That’s when I got the boo-boo face.

On if she is jealous of the women getting to break barriers as part of WWE’s women’s revolution:

“I’m not jealous or anything. I’m so proud because Trish, Lita and I, we had a cage match, we had a hardcore match, street fight, and we got to do unusual matches ourselves because of Fit Finlay. But to see it now, your like, ‘Finally. See, these girls can work man, and they draw viewers too. It’s not just the men. We’re not just the icing on the cake.’ In my generation, we’re going, ‘Oh, you want a bra and panties match? Let’s do a really hard cutoff spot where they just start can’t chanting, holy s–t. Even though we’re in bra and panties, we’re still going to have the best match ever.’ We didn’t like the fluff.”

On if she considers herself retired:

“You never know. No, I’m not in talks with anybody. It would have to be a good scenario not just for a cameo like being brought back or just walking down the hall you see Victoria back. ‘Hey, have a good match.’ I wouldn’t come back for that.”

On possibly having a run in AEW:

“Well, I’m open to it. I’ve always wanted to be a trainer for the new kids, being an agent or something like that. I have a lot to give back I think. I learned a lot like going through a lot of mistakes in the business, what not to do on TV, that kind of stuff, and I think I have a lot of knowledge to share.”

I wouldn’t be opposed to that, but I would have to open the discussion because traveling is — I don’t know if I can do four days a week again and have a normal home life. That’s a tough part. You’re sacrificing a lot to go back, so of course, it’d have to be financially viable and something I would enjoy, and I would have to see how the locker room is and see if I get along with everybody. I don’t want to go to a miserable atmosphere. I still want to be in a positive atmosphere.”

Check out the complete Wrestling Inc. Daily interview with former WWE and IMPACT Wrestling star Lisa Marie Varon below, or by visiting WrestlingInc.com.