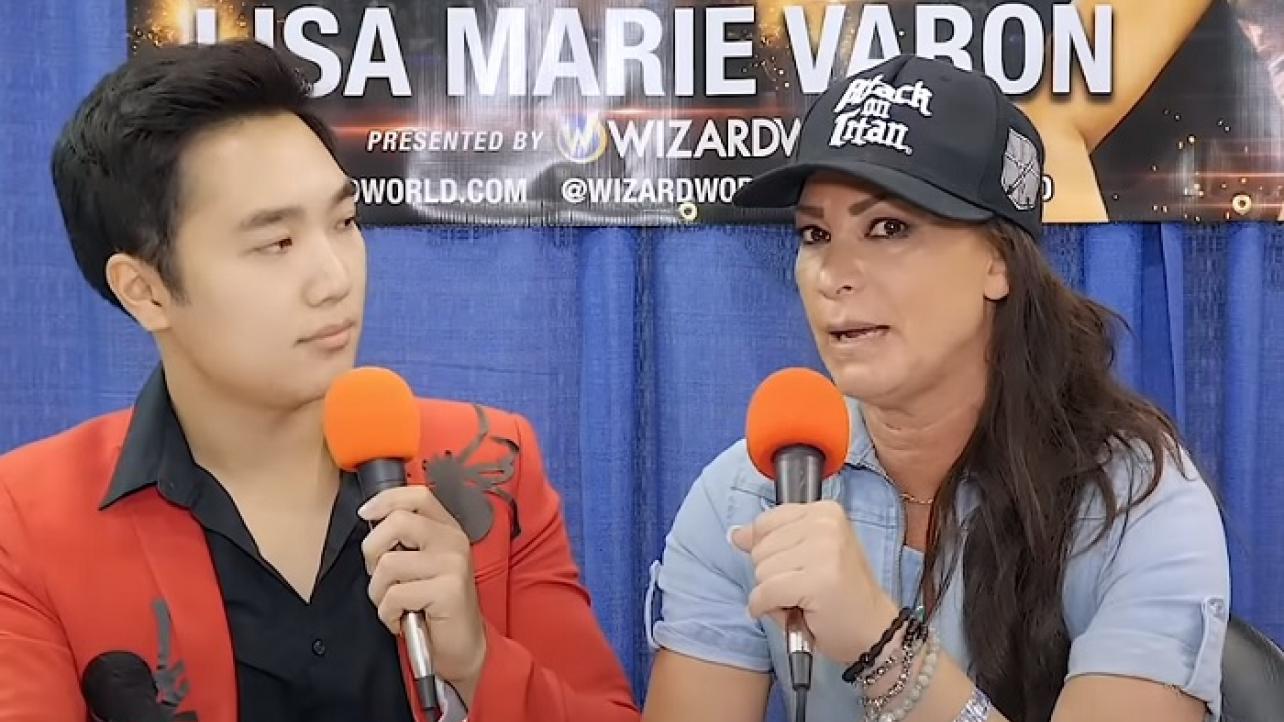 Lisa Marie Varon On Idea She Pitched To Vince McMahon, Jumping-Ship To IMPACT, “Divas” In WWE

Former WWE Superstar and IMPACT Wrestling talent Lisa Marie Varon (a.k.a. Victoria / Tara) recently spoke with the folks from Ring The Belle to discuss her retirement from pro wrestling, some of the top moments of her career and more. Featured below are some of the highlights, as well as a video archive of the interview.

On her recent retirement from pro wrestling: “I took a big bump. I took a suicide dive, which I’ve never taken a suicide dive in my career. I shouldn’t have done it, but my ego, man. The next day when I landed at home, I looked at my boyfriend I said, ‘I can’t do this.’ This is my last year. I still want to be good out in the ring and people to remember and not feel sorry for me. I and I want to be healthy when I get older. I want to stay healthy. Twenty years, it’s a long career. My body hurts, man. Not to say I won’t be able to wrestle next year and the following or something like that, but I just want to go out on top.”

On which WWE Superstar she wishes she could work with: “Nattie Neidhart. She and I only had one single match when she started, and it wasn’t even televised. I think it was a dark match. Then we became tag team, so we really never fought each other since we were tag partners. I wanted us to break up and then get into it. Because that girl—there’s a saying in our business—she can wrestle a broomstick and make that broomstick look really good. She’s an amazing wrestler.”

On pitching to Vince McMahon an idea to work with rookie talents during her WWE run: “I wasn’t being used too often on TV. They wanted to push Christy Hemme and I went to Vince McMahon and I said, ‘Give me Christy. I’ll make her look like a million bucks. She doesn’t know how to wrestle. I’ll get here early and help her out.’ We used to get there early with Ricky Steamboat, Fit Finlay, and Arn Anderson to learn the basics. She worked her butt off man. We got there so early. At house shows, we didn’t have to be there until 4:00 or something like that. We would get there at noon.”

Check out the complete Lisa Marie Varon interview below, or at YouTube.com.

Lisa Marie Varon On Idea She Pitched To Vince McMahon, Jumping-Ship To IMPACT, “Divas” In WWE