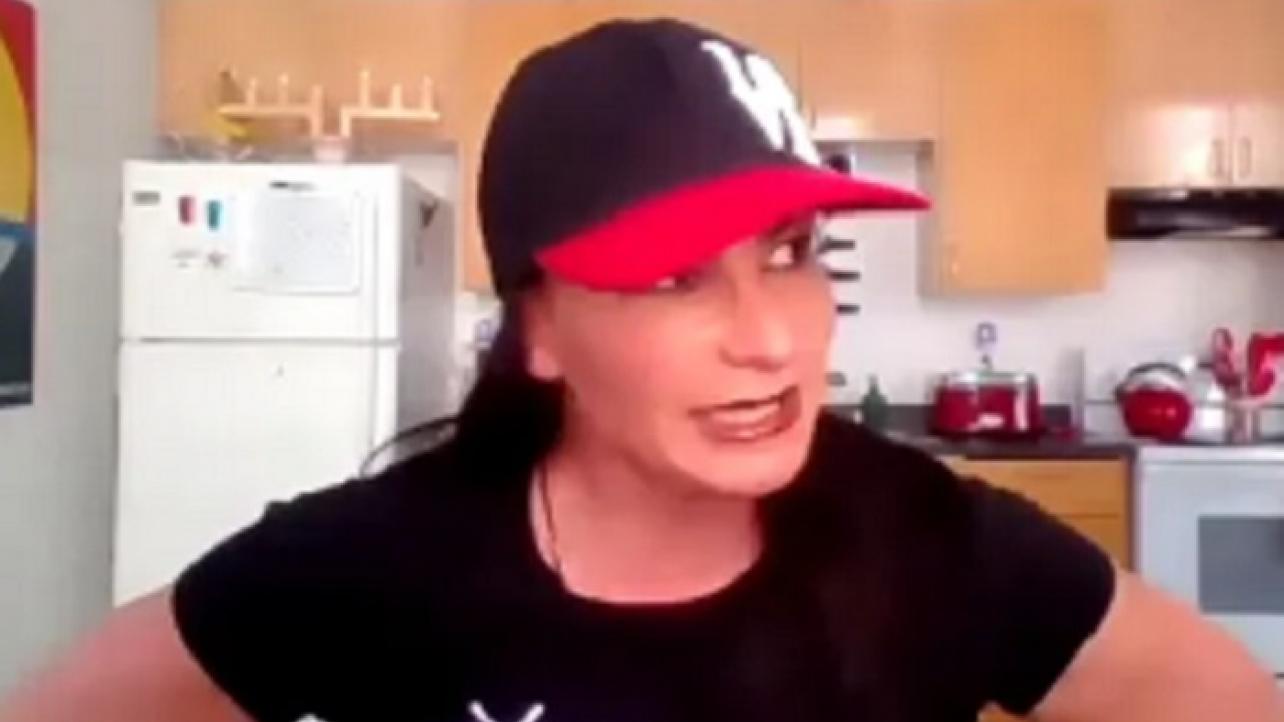 As noted, Lisa Marie Varon appeared on the Wrestling Inc. Daily podcast for an in-depth interview. During her appearance on the show, she spoke at length about the hot-button issue in WWE these days regarding their new, strict third-party platform edict.

Featured below is an extended excerpt from Lisa Marie Varon’s appearance on the program where she talks at great length about this subject.

Oh, absolutely. Sometimes shows will go like this, ‘I want this character,’ and they’re like, ‘How about this character?’ So whoever they want to push a little bit is going to get the spot sometimes. You get a lot of requests that you don’t know about, until you go do some signings. They’re like, ‘Oh, I contacted WWE about this for you,’ and I’m like, ‘Oh, what did they say?’ Either they never got back to them, or they recommended somebody. I think back in my day, they wanted us to full-on focus on wrestling. So then, later on towards the end of WWE, that’s when they started pushing people like Kane doing his movie, [John] Cena and The Rock. All that kind of stuff started happening. I think I was maybe late in the game for the females. Awesome that it’s finally happening.

Of course, we had Paige on our show, Saraya, and she does Twitch. And I’m gonna be honest, that’s her full-time gig. I get notified when she goes on live. We were thinking about doing our show on Twitch instead of just YouTube, and we don’t know anything about it, like the special effects. When she hits a certain number, a dancing character comes. There’s a lot of nitty-gritty, and for our show, SoCal Val does all the editing and all the stuff.

We have other people helping us post on Instagram and Twitter. Big shoutout to Ian, and LF and Tre. There’s fans that help us. ‘Oh, I made this edit for you.’ We’ll use it. Thanks, it’s advertising. We don’t know how to do all that graphic stuff. I’m really horrible. I feel like my mother and my father learning how to use the remote and the VCR when it comes to this. There’s a lot to learn. A lot of editing. ‘What platform do I use? How did you even do that edit?’ I wish I took a class on that.

No, I think she’s contacted the right people. I have no idea. We have not talked about this. Honestly, I don’t know anything, but maybe they get a cut because she’s doing so well on it.

You got to kind of pick and choose your battles a little bit like going, ‘Hey, you want to work with me on Twitch. I would love to be on the WWE platform’ and have WWE Twitch under Zelina’s account. At least merge and give an option.

Mickie’s part of GAW too, but they did reach out to Mickie and say, ‘You can still do the GAW thing. You can do Patreon but not your own Patreon.’ We have a GAW Patreon. As long as it’s about our show because ours is not technically just about wrestling. It’s relationships and lifestyle. We talk about normal crap. ‘Oh my God, you’re not gonna believe what happened to me today.’ It’s just us in our pajamas drinking wine and just ‘Hey, I got asked this a lot on our Twitter,.’ That kind of stuff. So it’s more of a casual in our PJs. You’re just eavesdropping on us talking and goofing around. As Val explained it in one of the shows, fans get to see what she knows. She knows Lisa and Mickie on a personal level outside how we really are instead of just that hardcore wrestler or that hell or psychotic person. We’re actual real humans. We go through the same crap everybody else goes through. It’s bonkers when people meet me at Comic-Con. I do my signings. They’re actually surprised how nice I am, and I’m like, ‘We play a character.’ You don’t go to Darth Vader, ‘Oh my God, you’re so mean in movies.’ It’s just a character.