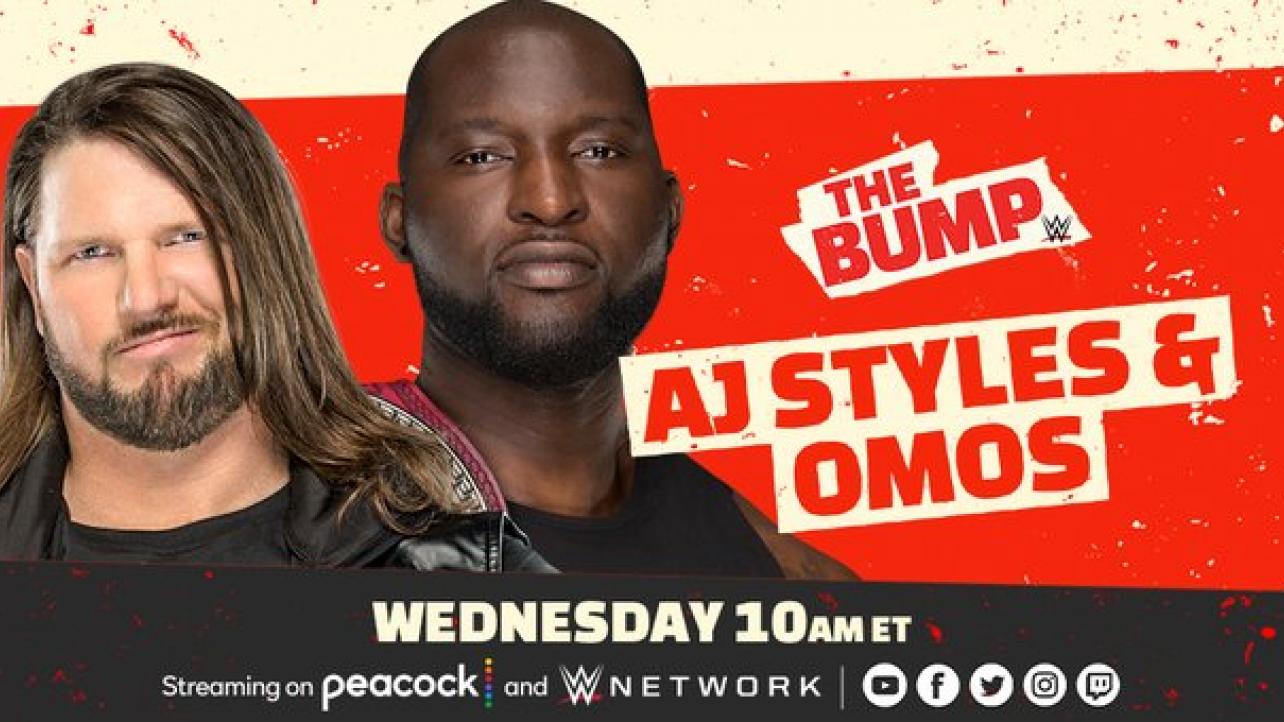 Another stacked lineup of guests have been announced for this week’s edition of WWE’s The Bump.

On Tuesday, WWE announced the list of guests scheduled to appear on their weekly digital series, which premieres on Wednesday, April 28, 2021 at 10am Eastern Time / 7am Pacific Time.

Featured on this week’s installment of WWE’s The Bump will be Raw Tag-Team Champions AJ Styles & Omos, as well as Charlotte Flair, Franky Monet, Natalya & Tamina.

Check out the official announcement via the posts embedded below courtesy of the official Twitter feed for WWE’s The Bump. Also featured below is the tweet for fans interested in submitting questions for this week’s show.

Got a question for us?

Send us your question along with the hashtag #AskTheBump and it might just be answered live on tomorrow’s episode of #WWETheBump!