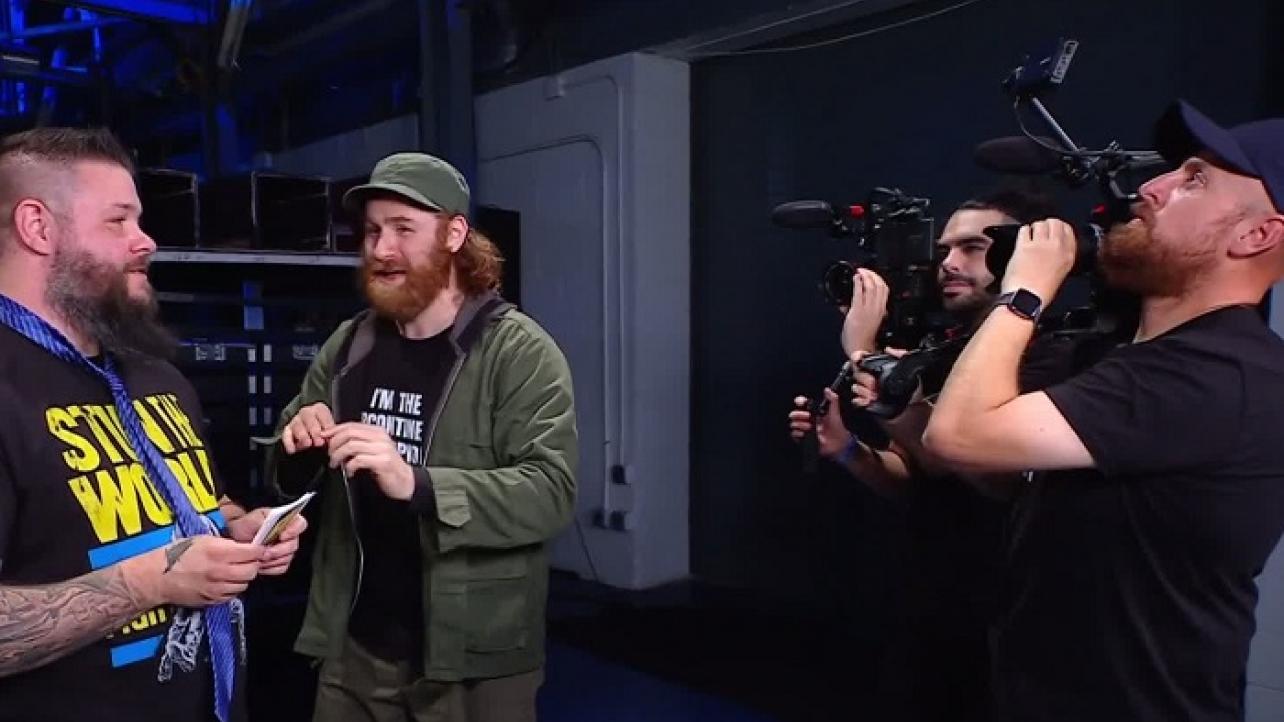 During his brief backstage segment with Kevin Owens and his own documentary film crew on the WWE on FOX blue brand show last Friday night, March 12, 2021, Zayn name-dropped the YouTube star when talking about the success he expects his documentary to achieve.

“This is going to do big numbers,” Zayn told Owens when referencing the expected success of his documentary project in a backstage segment on the 3/12 episode of the weekly show. “Logan Paul numbers!”

Logan Paul, who is scheduled to make his return to the squared circle for a boxing exhibition match against Floyd Mayweather, must have just recently caught wind of the name-drop, as he finally responded to the shout-out via his official Twitter page on Monday evening.

“We’ll see,” wrote Paul along with an “eyes” emoji in a response to the video of the segment from the official WWE Twitter feed.