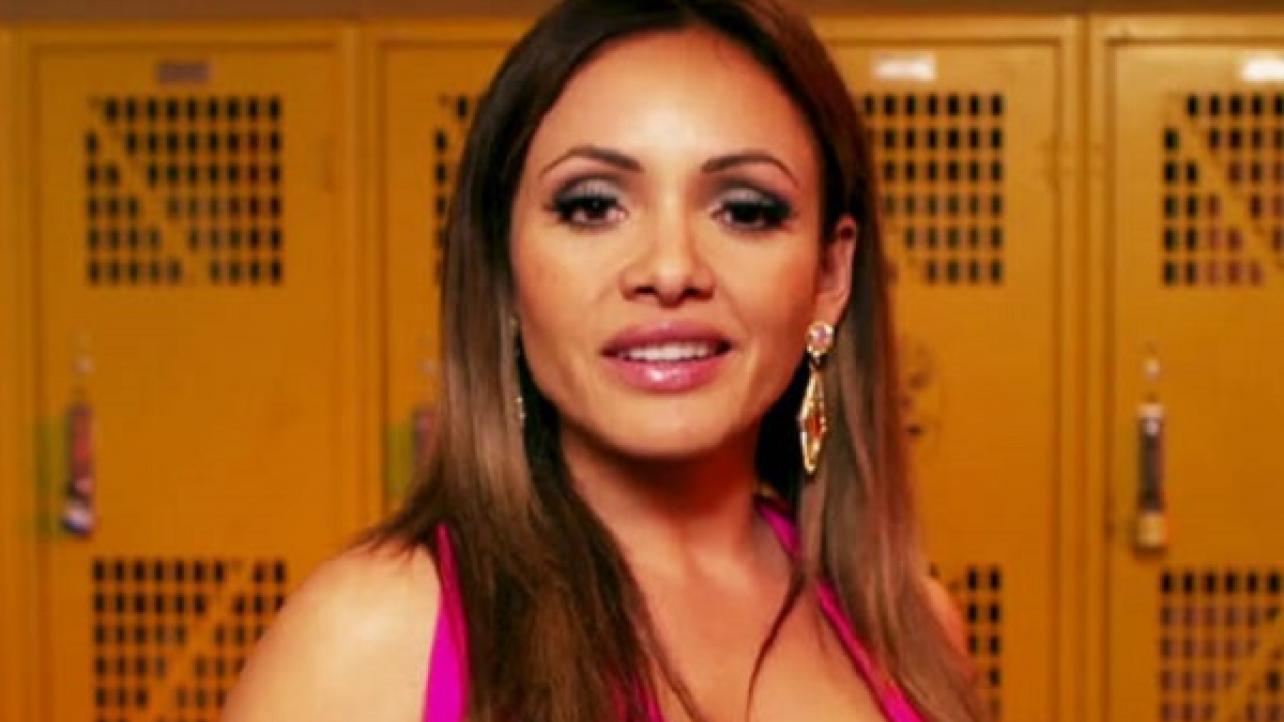 Lucha Underground Announcer Reveals She Will Be Working With Impact Wrestling

Lucha Underground ring announcer Melissa Santos recently appeared as a guest on the Women’s Wrestling Weekly podcast for an interview.

During the discussion, Santos revealed that she will soon be working with Impact Wrestling. The details, however, appear to still be up in the air at this point.

“It looks like I’m going to be doing some stuff with Impact,” Santos said. “I’m super excited about that. It hasn’t been officially announced. We just need to figure things out… I would love to do ring announce.”

Santos continued, “I don’t know exactly what [I’ll be doing] just yet, but I’m know I’m going to be involved and it will be just great.”

Check out the complete Melissa Santos interview with Women’s Wrestling Weekly below.

Lucha Underground Announcer Reveals She Will Be Working With Impact Wrestling