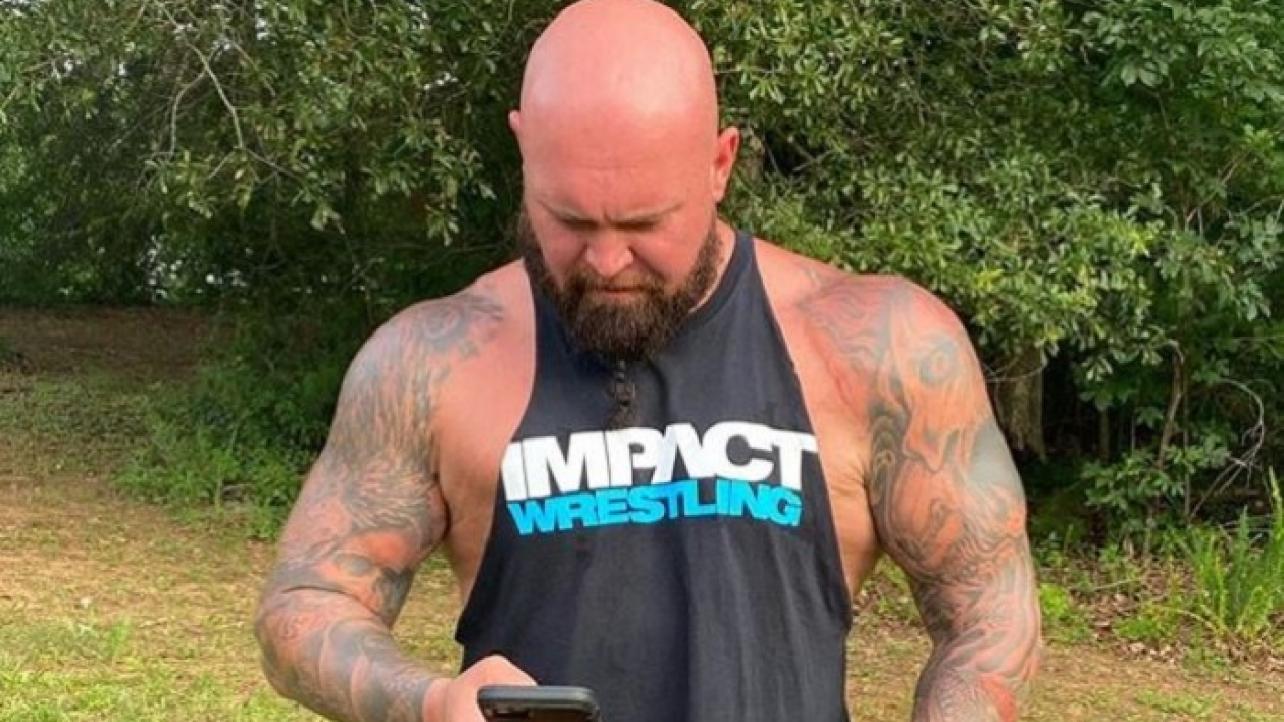 Luke Gallows recently took part in a Q&A with Wrestling Daily, during which he touched on a handful of interesting pro wrestling related topics.

During the discussion, the AEW and IMPACT Wrestling star spoke about a dream Survivor Series match involving himself, the next round of Talk ‘N’ Shop A Mania and more.

On wanting to do a Survivor Series matchup with Karl Anderson, AJ Styles, and Finn Balor as partners: “What we wanted was to do a big Survivor Series match with the four of us [Gallows, Karl Anderson, AJ Styles & Finn Balor], and if you remember, there was another tease that there was a time whenever it was The Shield, The Club and I think The New Day were in the shot too and that was a tease and we did a lot of cool sh*t with The New Day. Those guys are all great. But The Shield tease, we had some matches but we never did like a big full Shield/Club program which I thought that could’ve been cool but I think people wanted to see AJ, Finn and The Good Brothers together and we thought a big Survivor Series matchup, we weren’t gonna run as a faction, would have been a really cool one-off to do that to put ‘em with — sh*t, I can’t think of the name of the team at the time but Kyle [O’Reilly] and Bobby [Fish] and Adam Cole — The Undisputed ERA. You know what I mean, we could have done something there or however it would’ve came about but to see all four of us together in one of those dream match scenarios I think would have been really cool for wrestling fans and I think they flirted with that idea but it’s maybe one of those WWE things where if it’s not fully their creation, sometimes they don’t fully wanna pull the trigger and hey, that’s how it works. It’s your company, do what you want. We can do it at Talk’n Shop A Mania though.”

On the next round of Talk’N’Shop A Mania: “You know, we were thinking we were gonna be doing rounds and rounds of media right about now, letting you guys know when Talk’n Shop A Mania 3 was going to be and just to be deadpan honest, it’s in the works, it’s being planned. Nobody has any time. Rocky Romero wrestling for New Japan Pro-Wrestling, booking guys and talent for the New Japan Strong show and putting all that together. Machine Gun and myself, between AEW every week, between IMPACT Wrestling, running my own Lariato Pro shows, the world has opened back up, we’ve been doing autograph signings around the country. We launched our booze line that I keep plugging on tnsmania.com, you can order it. But there’s just so much going on. There will be another Talk’n Shop A Mania. We’re looking now into the Fall. Honestly, we just need some down time where we can get a crew to make this magic that’s floating around in our weird ass heads and bring them down here to Georgia, bring ‘em out to L.A. and shoot this thing the right way because honestly, Talk’n Shop A Mania is our baby. It’s one of the most fun things that we do and we’re having a hell of a lot of fun right now in professional wrestling and entertainment in general so, I can’t wait to get it done. I just don’t have the time to do it right now sadly.”