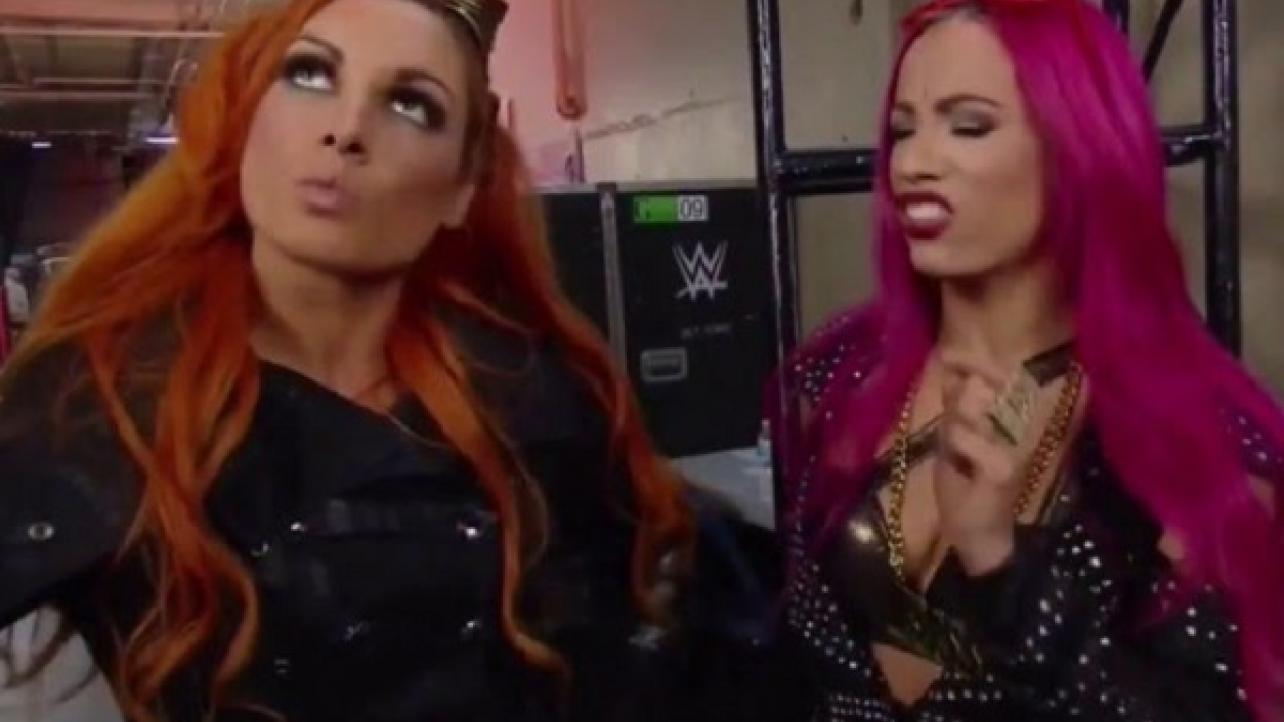 While promoting her title defense in the Submission Match against Canadian women’s wrestling legend Natalya at tonight’s WWE SummerSlam 2019 pay-per-view in Toronto, Ontario, RAW Women’s Champion Becky Lynch had some pretty rough comments when asked about the WWE status of Sasha Banks.

When asked if she would be interesting in facing off against “The Boss” in a one-on-one showdown, “The Irish Lass Kicker,” as usual, was not shy in offering her unfiltered opinion.

“Yeah, if Banks could hack it and she didn’t just get her jacket, she’s off crying like Ronda Rousey, then I would love to face her,” said Lynch.

“But unfortunately she couldn’t take losing,” said continued. “She lost the tag team championships and she was gone, she was gone! Some people can’t take losing, they can’t step up. They can’t realize that when you lose, it’s just a chance to get better. It’s a chance to learn, and it’s a chance to grow. Instead, she wants to talk about, ‘Oh, the freaking wind and the freaking butterflies, and the freaking cocoons, I’m a rabbit that’s coming from the Earth and the soil,’ and whatever else she wants to post on her little social media crap.”

Lynch concluded, “Come fight me, Sasha. If you want it.”

Speaking of the “social media crap” that Banks often posts that Lynch referred to in the interview, “The Boss” actually chimed in on social media with some of said-crap this weekend.

For those who missed it, Banks showed off some photos of her trying out a drastically-different hairstyle look. View the brown-and-blond-haired version of Sasha Banks from her most recent “social media crap” entry posted on Saturday by clicking here.

Check out the complete Becky Lynch interview below, or at SkySports.com.

OMG @BeckyLynchWWE poppin off on @SashaBanksWWE is all I needed today pic.twitter.com/WCIfiWvuM2

Another SummerSlam Match Pulled, 3 Big Matches To Be Added?

Who Decided To Move Planned SummerSlam Title Change To RAW &Why?

Shinsuke Nakamura/SummerSlam Update: Will He Wrestle & If So, Who?

Backstage Update On Reason Paige Was Pulled From SummerSlam Weekend

Reigns vs. Buddy Murphy Was ‘Seriously Considered’ For SummerSlam

WWE Survey: Share Your Interest-Level For Each SummerSlam Match