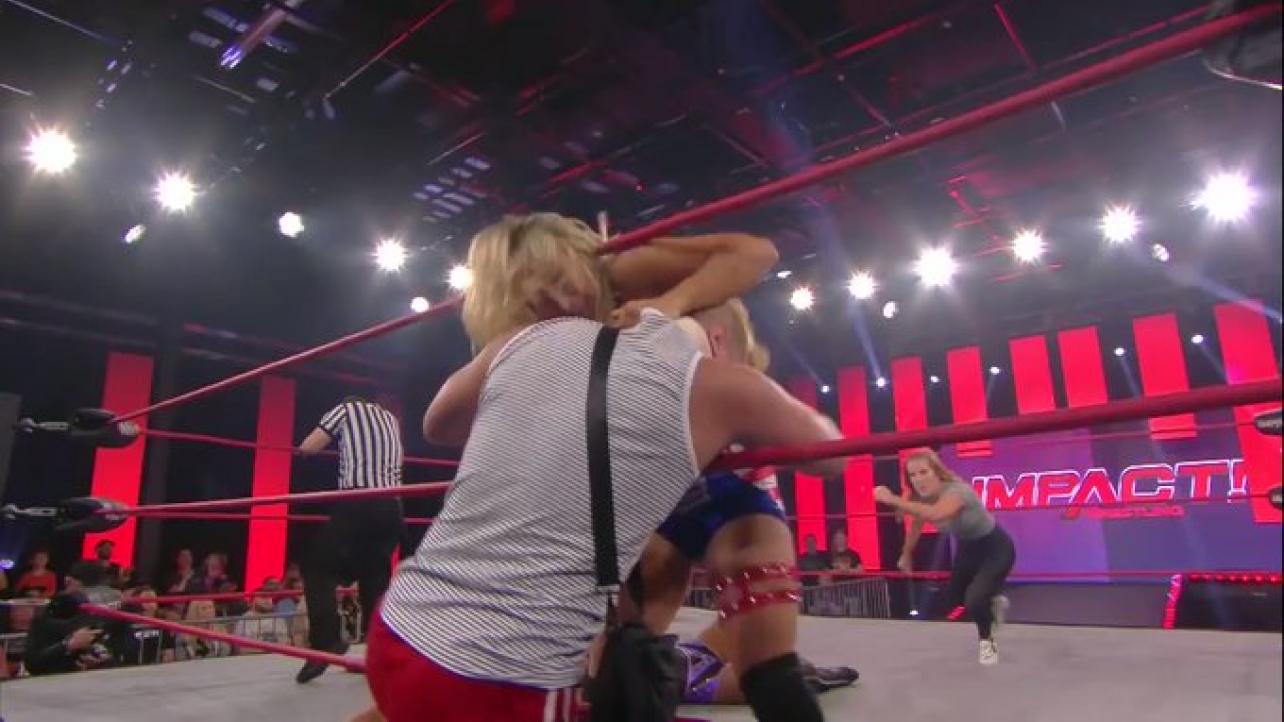 A familiar face to longtime IMPACT Wrestling fans appeared for the first time in a while on this week’s edition of the promotion’s weekly television show.

On the Thursday, August 12, 2021 episode of IMPACT On AXS TV, former veteran Knockout for the company, Madison Rayne, re-appeared inside the IMPACT Zone for the first time in a while.

Rayne appeared at the conclusion of the opening contest, attacking Taylor Wilde and helping Tenille Dashwood pick up the victory in their one-on-one match.

After the bout wrapped up, the commentators played the confusion game after seeing Rayne, and then she and Dashwood stared each other down before smiling and hugging as the fans react to seeing Rayne back in the ring and aligned with Dashwood.