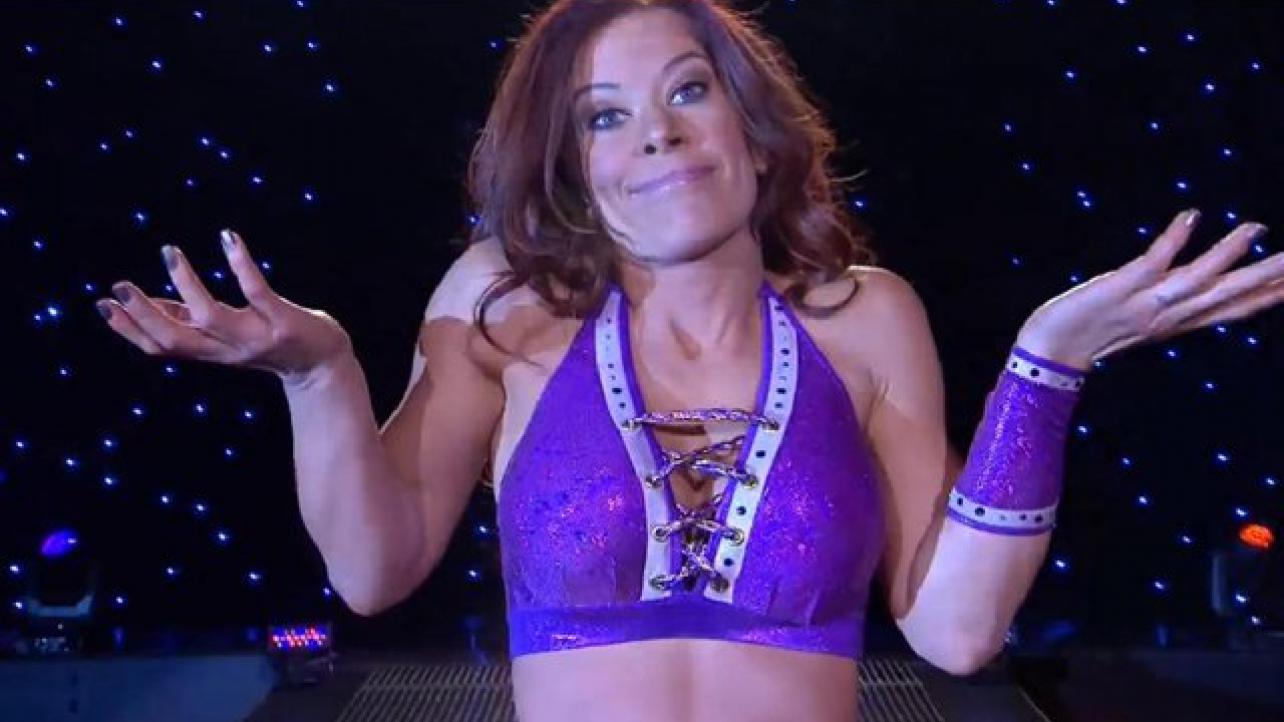 Madison Rayne On ROH Building Their Women’s Division, Being A Free Agent, Impact

Former Impact Wrestling Knockout Madison Rayne recently spoke with the folks at Channel Guide Magazine for an interview. Featured below are some of the highlights.

On being a free agent: “I think in 2018 it’s fun and exciting to be able to control your own narrative and go where you want and do what you want. It’s also very gratifying to have a company who wants to invest in you and wants to put their branding on you and bring you on board. I don’t really know what I would prefer at this point. I want to have a contract and have that be home. Then I start doing all these things that make it exciting for me to be a ‘free agent.’ I don’t know what the right thing is. I’m just going to do what works best for me and my family and for my life. Right now, getting to go everywhere and do everything and wrestle so many different women. I was with Impact for so long and have this group of women who are now lifelong friends and I’ve traveled the world with, but now I’m getting to branch out more and wrestle different people and different crowds.”

On whether or not the Impact Wrestling Knockouts division started the Women’s Revolution in pro wrestling: “I know right now there is a lot of contention of, ‘Well, the Knockouts started the Women’s Revolution.’ At the end of the day, it doesn’t matter. The Knockouts in 2007 did their thing and probably inspired many who are doing it now in WWE and Ring of Honor and Impact. I hate getting caught up into who did it and who did it better. I think for many years it has been growing and getting bigger and better. It makes me feel good that I was part of this first generation and did it at such a young age. I think I was 21 when I had my first tryout match at TNA. I’ve done it for so long. I’m in that really good spot involved heavily back then and involved into it now. It’s fun.”

On Ring Of Honor building up and expanding their women’s division: “Deonna Purrazzo, Kelly Klein, Mandy Leon and Sumi Sakai, those women laid the foundation for what Women of Honor is right now. I have the opportunity to come in now to put my name and brand on the division. Brandi Rhodes is doing the same thing. … Back when I was wrestling infrequently with them, they had some incredible names and could have easily formed a championship and division. But I don’t think women’s wrestling was where it is right now. There was a lull in the amount of activity women had at Ring of Honor for a few years. I would say this is the perfect time for them. Women’s wrestling is probably at its highest point right now. So, for Ring of Honor to capitalize on it, I think it’s brilliant because I think Ring of Honor is growing just as quickly as women’s wrestling is going. I feel like it only makes sense right now.”

Check out the complete Madison Rayne interview at ChannelGuideMag.com.

Madison Rayne On ROH Building Their Women’s Division, Being A Free Agent, Impact