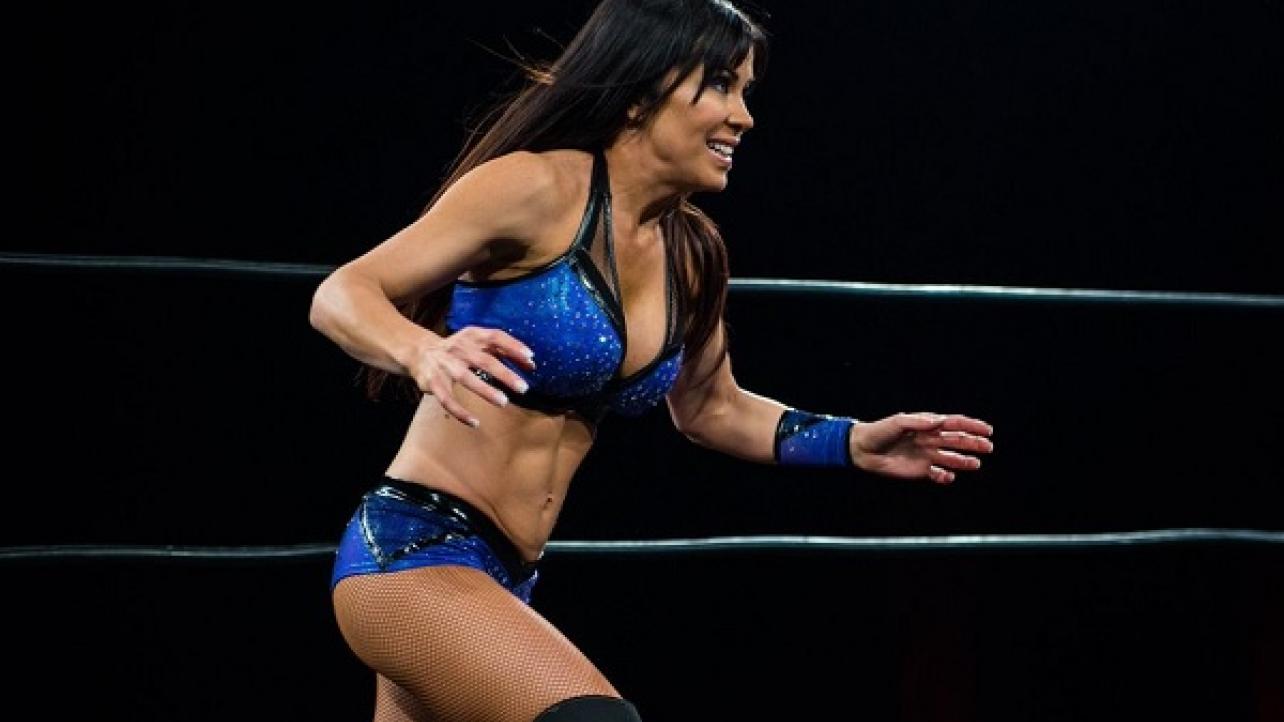 Former Impact Wrestling star and current Ring Of Honor (ROH) performer Madison Rayne recently spoke with the folks from CBS Pittsburgh for an interview about voting in a recent ROH poll to face Brandi Rhodes, who her dream opponents would be in the wrestling business and why she ultimately never ended up signing with WWE. Featured below are some of the highlights.

On voting in a recent ROH poll to face Brandi Rhodes: “I actually did vote on that! Well, I voted on it because I wanted to see what the result was. Until the poll on Twitter is over you have to select one to see what the percentages are. I think that I voted for Brandi.

“But there’s just something about Brandi. She’s this really hungry, not up-and-comer, because she’s been around the wrestling business for a long time. There’s this star quality about Brandi, and it makes me excited as a fan to watch her grow and evolve and change. As a competitor, she’s somebody that I really want to get in there with and I want to test her, but I also kind of want to test myself against somebody who’s so young and hungry into being in the ring.”

On who is on her list of “dream opponents” for a potential match: “I’ve made my little dream list. The one that people talk about a lot, probably for varying reasons, would be me and Alexa Bliss. We’re both from Columbus, we’re both small, we both tend to have a bit of attitude when it comes to our in-ring persona. I’ve met her several times, I knew her years ago, when we both competed in fitness competitions. So, I just think that it would be fun for that to come full circle and for us to meet in the ring. I would love, and I hope that not far down the road it comes to fruition. I would also love to get in the ring one-on-one with Tenille [Dashwood]. I’ve not had that opportunity yet, so I’m really looking forward to that.”

On her past negotiations with WWE and why she ultimately chose not to sign with the company: “Conversations between WWE and myself were always positive. I always got great feedback on everything I did, from the tryout a year ago to just recently doing Mae Young. This past year has been the first and only time that I’ve ever worked in any capacity with WWE. So, that was really exciting this many years into my career, to finally have been able to do that, but it’s about trying to figure out what was going to be best for me and which company I would flourish the best in. I felt that Ring of Honor was my best option, and that is not saying that WWE offered me something and I said no, I just feel like I was always very honest and upfront about the fact that Columbus was my home and Columbus would remain my home. I understand that they have a system that they put their talent through, regardless of whether you’ve never taken one bump, or you’ve been wrestling for many years, and that system starts in Orlando. While wrestling is still very, very important to me, being a mother and being a wife, those two things are greatly more important.

“There was never that definitive conversation, but just given the fact that I knew and I never wanted there to be any gray area in my communication with WWE, and I made it clear that I could and would not be willing to relocate, I think that probably kind of settled the question there as far as whether or not a contract with WWE was going to be in my future.”

Check out the complete Madison Rayne interview at CBSLocal.com.