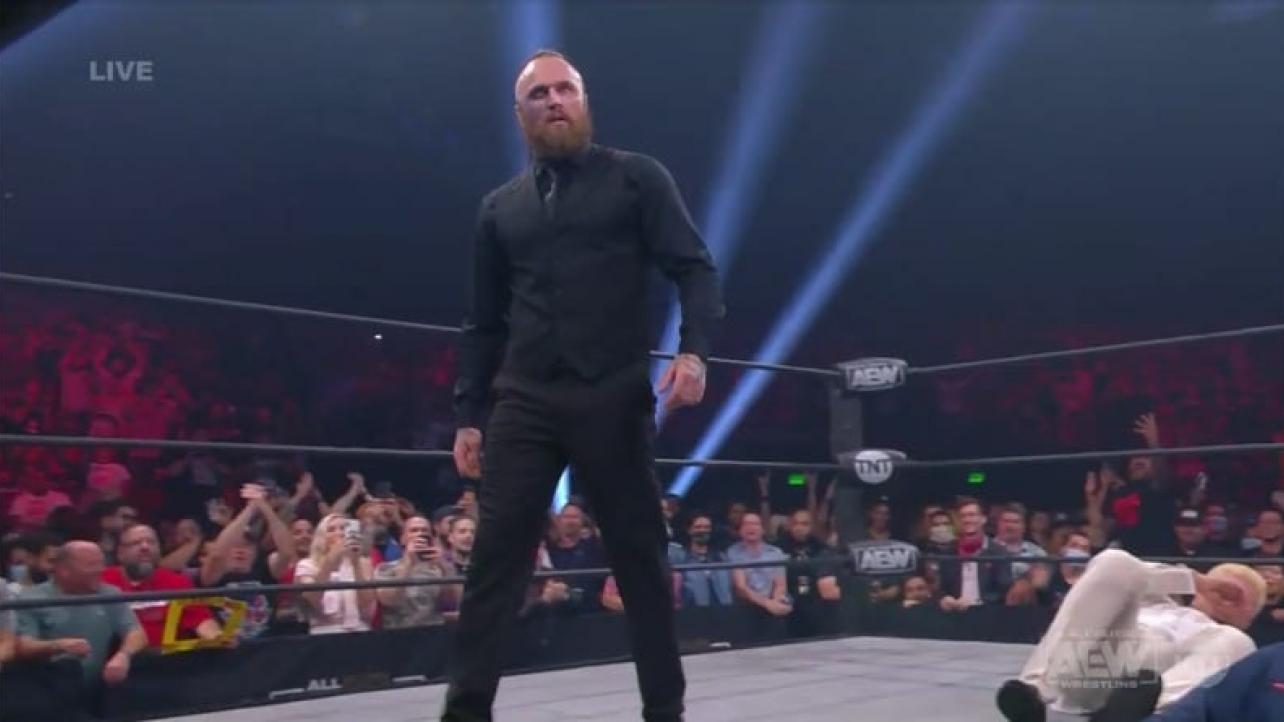 Malakai Black Opens Up On His AEW Debut

During Wednesday night’s AEW Dynamite Road Rager, Malakai Black, aka Tommy End, made his AEW debut. Black appeared after the lights went out in the arena, and took out Arn Anderson, as well as Cody Rhodes.

After making his surprise debut, Black set up shop for a Twitch stream, and discussed his first appearance on AEW television. Check out his comments below.

On keeping the debut a secret:

“It was a hassle to keep under wraps. Once I found out that my contract was a tad different than the usual, I just came up with this idea. I had already made the character movie and I came up with this idea and the company liked it so we ran with it. It was all very last second. I feel like, in modern day wrestling, there are few moments to make a genuine surprise and get people to look your way. For me to sneak in, not be seen, dip and dive so they wouldn’t see me, that took some skill. Kudos to AEW and the entire crew. What a great operation they have there,” he said. “It feels good where I’m in a place where my creative mind can be utilized instead of stopped and controlled and knowing that things weren’t going to work.”

On pitching the idea to have false blackouts before his appearance:

“I pitched that idea and said, ‘what if we do multiple blackouts throughout the show and insinuated the technical difficulties?’ Commentary did a great job getting that over and it came off great”.

On how many people knew in advance:

“We made it a thing to make it available to as limited people as possible because that’s how you keep it under wraps. Security, Cody Rhodes, and a few others. It may have been five or six total people. It was a good feeling. It’s been a rough seven or eight months but I feel like I got a win last night. I feel wrestling got a win.”

On where the moment ranks in his career:

On his first impression of AEW President Tony Khan:

“My first impression of Tony is great. What a fucking wonderful dude. Really nice guy. Loves his company. Love wrestling.”

On the reason he signed with AEW:

“it was the right move for me to make for me, my family, my career, the state of mind I’m in. It’s just a really good company. I can’t say enough good things about it. They have a bright future. There are a lot of dedicated people and I’m really glad to be part of it.”

Malakai Black Opens Up On His AEW Debut