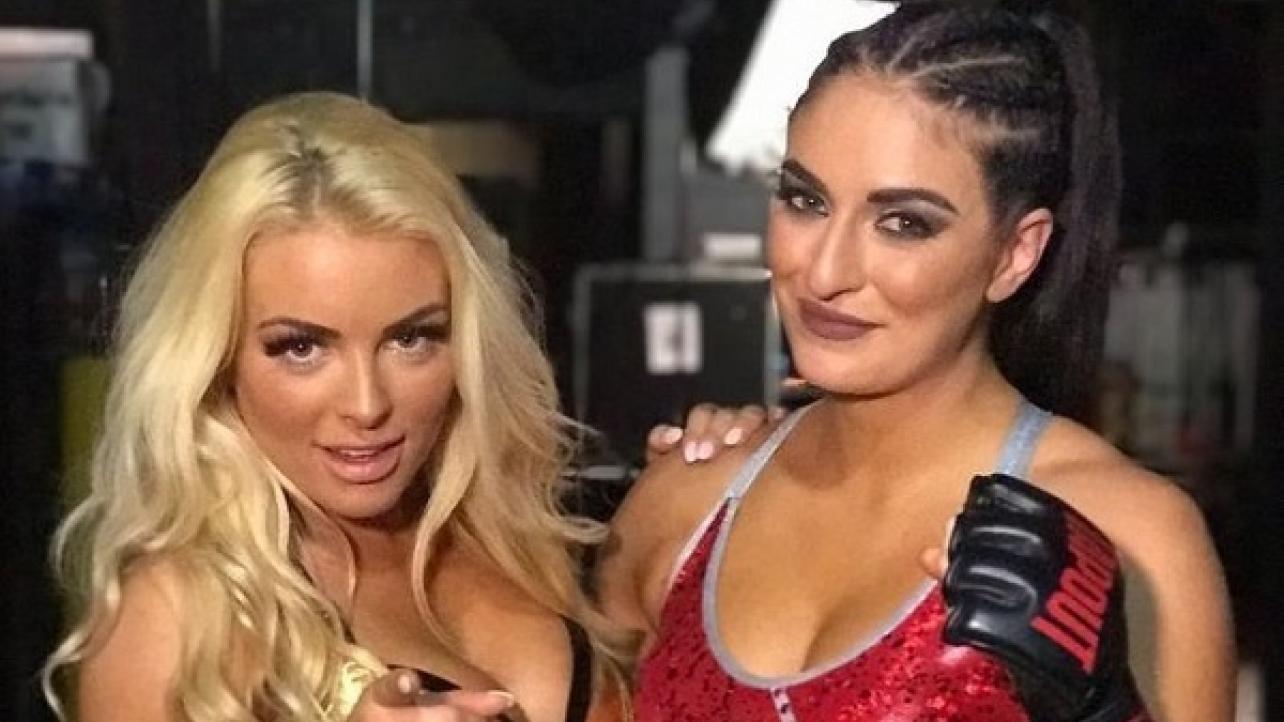 – Featured below is a new video of WWE United States Champion Bobby Roode and SmackDown Live Women’s Champion Charlotte Flair talking about the Girl Up organization. The duo will finish up the first round of WWE’s first-ever Mixed Match Challenge series this coming Tuesday night when the two face Apollo Crews and Nia Jax in the final opening round bout.

– Absolution members Mandy Rose and Sonya Deville took to social media to comment on being paired up with RAW Women’s Champion Alexa Bliss for the previously announced six-woman tag-team match tonight on RAW against Bayley, Sasha Banks and Mickie James. As noted, Bliss released a video complaining about the match. Featured below are the reactions from Rose and Deville.

Nothing and no ONE will get between #Absolution. Enjoy wearing your title one last time, it’s safe…for now. #Raw #WWEChamber https://t.co/NFb22Go4eS

If you think for a second that I’m going to trust @AlexaBliss_WWE you all crazy! #GUARDUP #ABSOLUTION

– After being released from WWE, Darren Young has changed his social media handles. Fans can now follow him on Twitter @RealFredRosser and on Instagram at RealFredRosser. Check out his latest post on each page below, as well as an announcement regarding an upcoming indy match.

If you are in my way of my goals and dreams to end hate. I suggest you move. #BLOCKTHEHATE pic.twitter.com/Bpps51lrFp