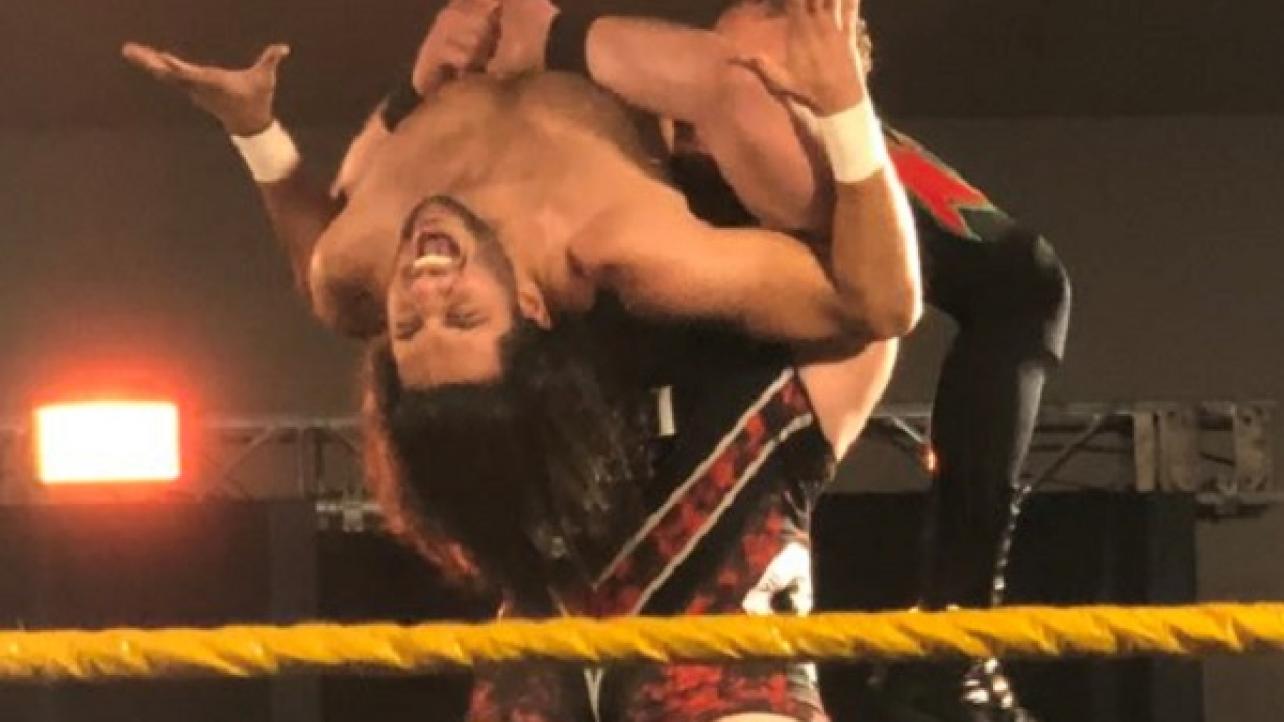 – Baron Corbin was the recipient of a “severance package” from TGI Fridays following a joke that Finn Balor played on him a few weeks ago. Corbin posted the following tweet and photo on Friday afternoon.

Thanks to @FinnBalor telling on me @TGIFridays fired me for “borrowing” a vest. It’s a bummer but on the bright side I got my severance package in the mail yesterday. I’m getting boneless wings now who’s going with me? pic.twitter.com/vvKP2u4mzM

– Ashley Rayne joins The New Day’s Xavier Woods on his UpUpDownDown channel as part of “Mae Young Classic Week” on “Superstar Savepoint.” Check out the complete video below.

– Manny Faberino made his official NXT in-ring debut at the non-televised live event on Friday evening in Crystal River, Florida. Faberino is best known as Mansoor from the WWE Greatest Royal Rumble event in Saudi Arabia earlier this year. Check out photos and videos of his NXT debut this weekend below.

Breaking – @MannyFaberino just made his @WWENXT debut at #NXTCrystalRiver. He’s the one that cut that promo at the Greatest Royal Rumble in Saudi. pic.twitter.com/tRCV6lnyJs