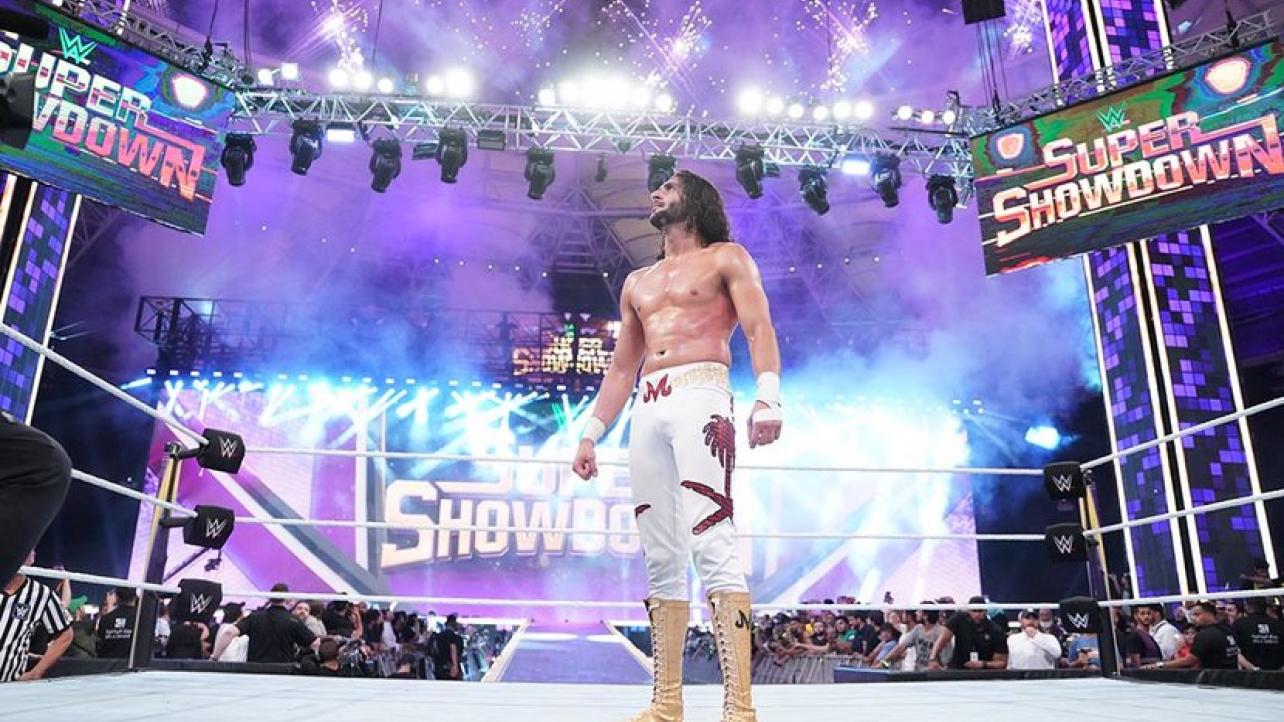 Mansoor Says His Streak Ended In An “Anti-Climatic” Fashion

On the most recent edition of Monday Night Raw, Saudi Arabian WWE Superstar Mansoor made the jump from 205 Live, and signed with WWE’s flagship show. During the episode, Mansoor took on United States Champion Sheamus in a losing effort, snapping his 49-match win streak.

Mansoor spoke with SportsKeeda shortly after the match, where he discussed his streak coming to an end. Check out his comments below:

Explains why he believes the streak ended in an “anti-climactic” way:

“How anticlimactic is that!?,” Mansoor said. “I’m trying not to get hot about it. I don’t want to get mad at Humberto [Carrillo.] Like, I get it. He was mad at Sheamus. Sheamus has been punking him and attacking him backstage and doing all these things for the past few weeks. Like, I get it. But you really couldn’t have waited just a little longer?”

Mansoor Says His Streak Ended In An “Anti-Climatic” Fashion