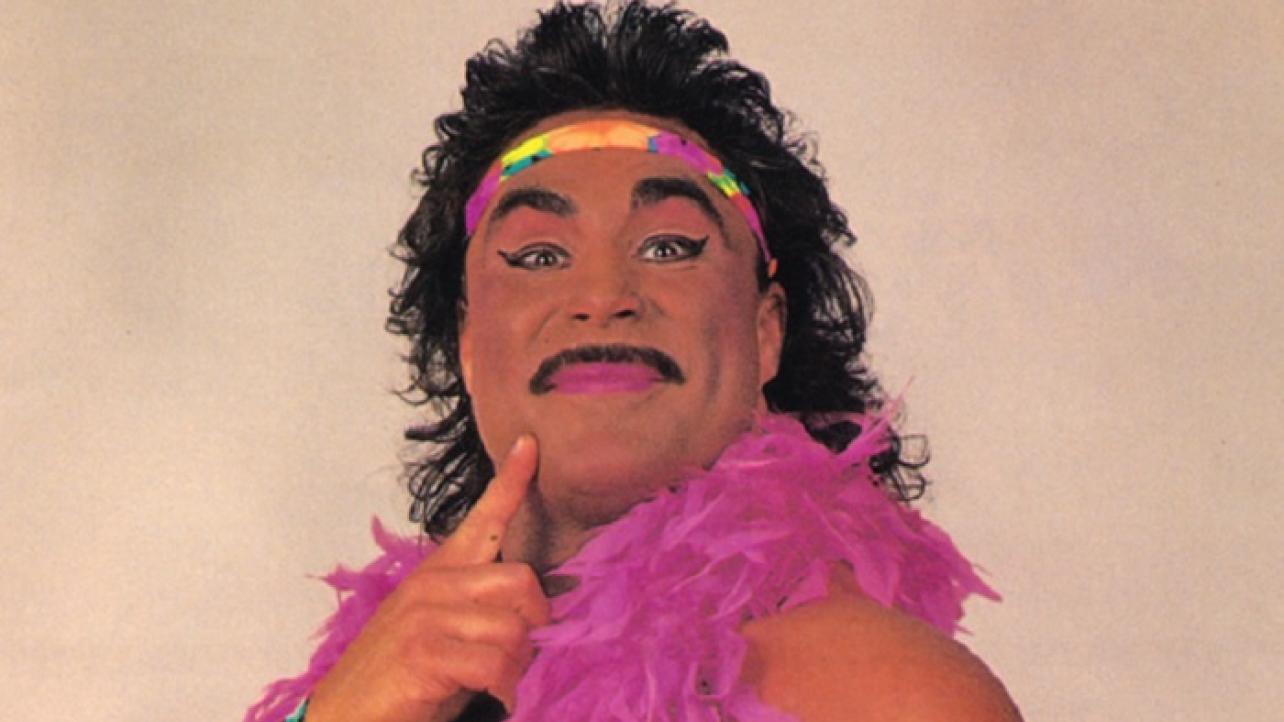 Marc Mero Shares Origin Story Of His Johnny B. Badd Character In WCW

Marc Mero recently appeared as a guest on the Sitting Ringside with David Penzer podcast for an interview covering all things pro wrestling.

During his appearance on the official podcast hosted by the former longtime pro wrestling ring announcer, Mero spoke at length about the origins of his Johnny B. Badd character in World Championship Wrestling (WCW) prior to coming to WWE and performing under his real name along with his wife at the time, Rena “Sable” Mero (now Rena Lesnar).

Featured below is a detailed excerpt from the interview where the former pro wrestling star shares the story.

“When Dusty Rhodes first came up with the character based on Little Richard, he wanted to call me Precious. I’m like, that’s a tough one. I went home and started thinking about all the songs back in the ‘50s when Little Richard was singing. There was a song called Johnny B. Good. It was by Little Richard. I knew I was going to be a bad guy, a heel. So, I thought, why don’t I call myself Johnny B. Badd, and it was DDP that would use that B A Double D, so of course I asked if it was ok to use Johnny B. Badd.

My first contract, I believe it was for 75 grand, of course with merchandise, you might six figures my first year. I invested that money into my character. I hired Sandra Gray, who is one of the top designers in professional wrestling now. I put an ad into the paper for someone to make me costumes, and she answered. That’s how I met her. Look at her now. She’s the main person for all the big companies. I invested my own money into the robes. I came up with the Badd Blaster, the frisbees, all that stuff.

Here’s the cool thing, and I share this with people because if you really want to make it in life, you have to believe in you. You have to invest in you. I remember being with a buddy of mine, and we went to see an inspirational speaker. He had all these books and DVDs after the presentation. The guy goes, ‘What would you like?’ He said, “Everything I can get. One of each one.’ I said, ‘Is it really worth it?’ He said, ‘I don’t know, but I’m worth it.’

It stuck with me. I thought, ‘I’m worth it.’ If I can make myself get over, if this can get over, whether it’s the flamboyancy, or the cool robes, because I couldn’t work. I certainly couldn’t wrestle. They kept my matches real short. The entrances were always longer than my matches. Of course, I started putting Badd Bucks in the Badd Blaster. On TV, we would use real money, but at house shows, we would use artificial money with my picture on it that said, In Johnny We Trust. It got over so well that WCW would give me, I think the second year, they gave me $50,000 towards costuming. They paid for all the costumes after that, but it was because I invested in myself. They saw the work.”

Marc Mero Shares Origin Story Of His Johnny B. Badd Character In WCW