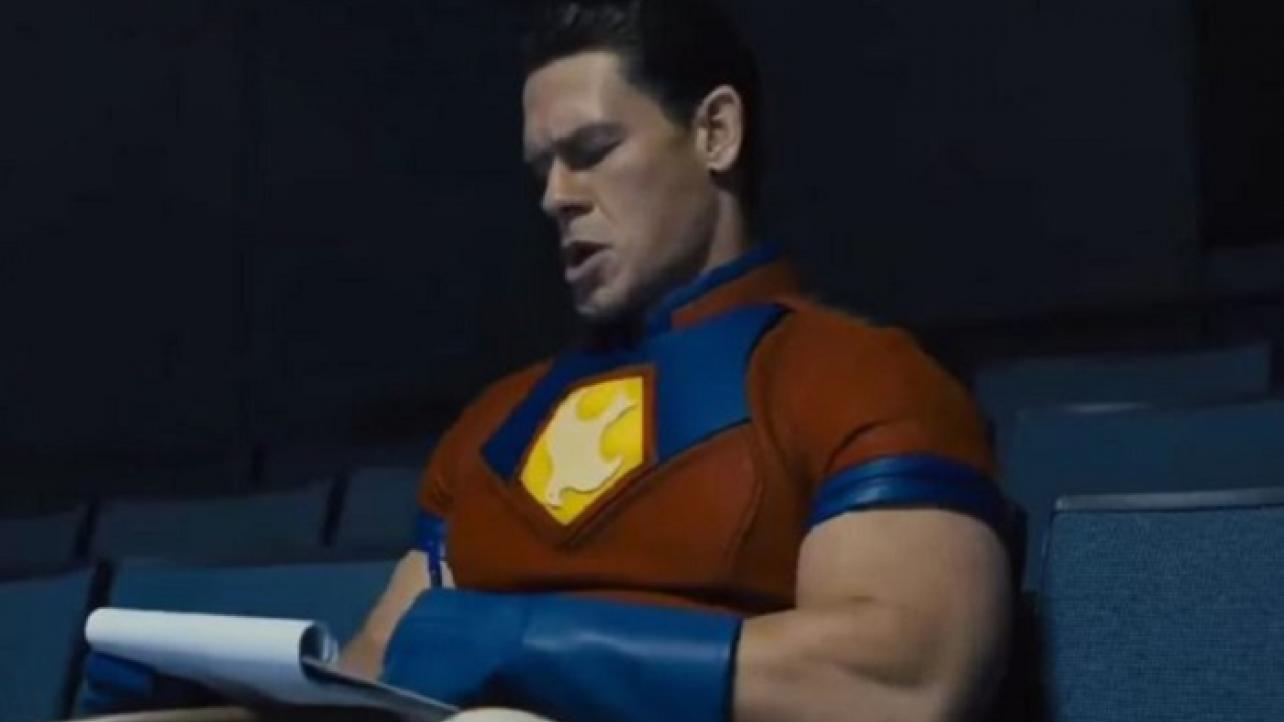 Margot Robbie grew up with a John Cena cutout in her bedroom.

The actress and co-star with Cena in the new Suicide Squad film spoke about this, as well as her fandom for pro wrestling and WWE during her childhood while appearing on the Jimmy Kimmel Live show.

Featured below is an excerpt from the interview where she told the story.

“I watched WWE when I was growing up. When I was a kid, I loved the Undertaker, and then obviously when I was a teenager I kind of stopped watching. But then, as a late teen, early 20s, I had a boyfriend who was obsessed with John Cena — so much so that he dressed as John Cena for his 21st birthday, and [he] had a cardboard cutout of John Cena in his bedroom. So I slept in a room for two years with a life-size cardboard cutout of John Cena in the room. And I remember thinking, ‘I wonder if now that I’m going to work with John Cena, should I tell him this or is that going to be weird?’ And I thought, ‘I’m just going to keep that to myself. I’m not going to tell him. That’d be a weird way to start our working relationship.’ And then five seconds into meeting him, I’m like, ‘I used to sleep in a room with a life-size cutout of you.”

H/T to Fightful for transcribing the above quotes from the show.