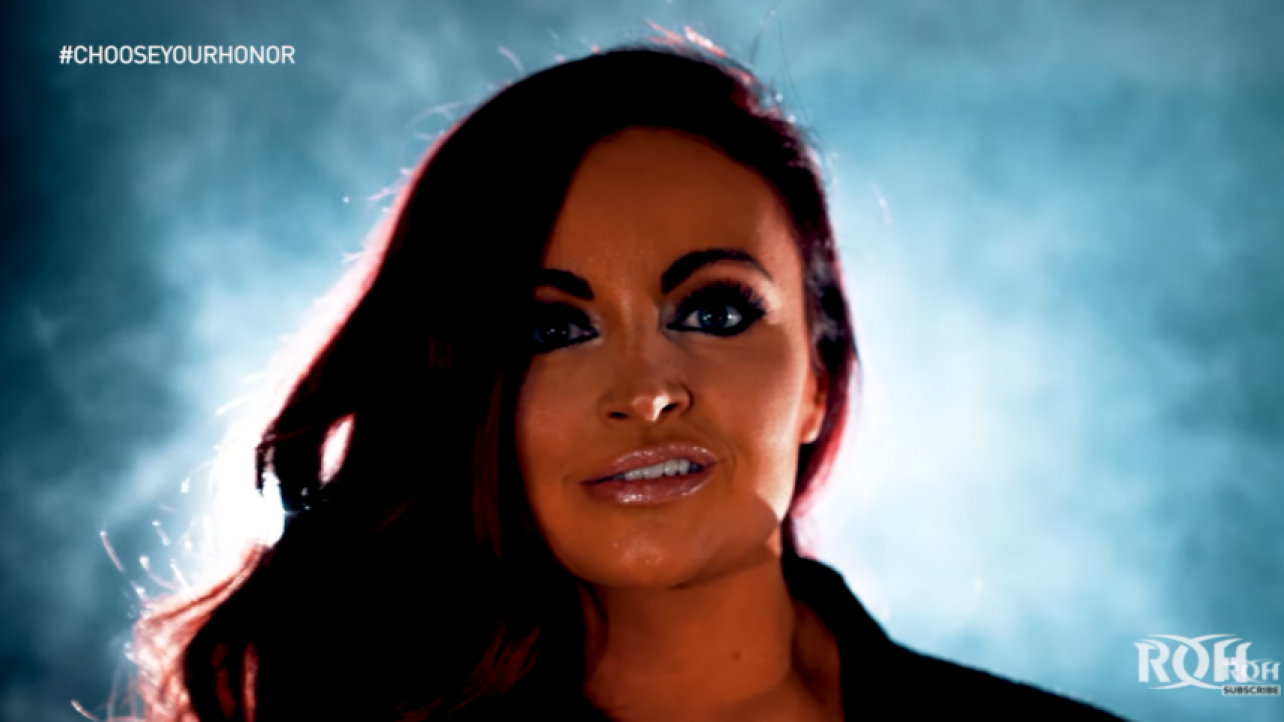 ROH talent and former WWE Superstar Maria Kanellis recently interviewed with Love Wrestling, where she discussed the upcoming ROH Women’s Tournament. Kanellis also spoke about her role with the ROH Board of Directors, and more. Check out the highlights below:

Shares her thoughts on Quinn McKay:

“One thing that Quinn said to me that really has stuck with me is when she says she’s going to do something, she does it, and she does it 200%. You can see that with how she is in her backstage interviewing. You can see it when she’s training, when she’s been preparing for this match. Her devotion to the craft, the way that she studies it, while she’s in the gym. Her integrity is going to be all the difference in the world. Sometimes that pure will will make up for years of experience. That is what I really admire about her. That’s what makes her stand out. Working with her backstage as an interviewer? It’s like I’m going back to school in a lot of ways. She’s such a natural, she’s quick-witted, and she’s highly intelligent. She pays attention to what everybody is doing and where they want to go, whether it be their character, or what titles they want to go after. She can keep all that information in her very tiny shell. So I admire that. I definitely admire that.”

On LuFisto possibly signing with Rinf Of Honor:

“All right, this is another COVID thing. COVID has put a lot of dampers on a lot of things. So I don’t know. That is the honest to goodness truth. I just don’t know. Do I think that she’s an asset to women’s wrestling? Of course I do. I think that she is one of the best-kept secrets in women’s wrestling ever. She is highly talented, been in the ring with so many talented women, helped the careers of so many women and I think now is a fantastic opportunity for her to shine. Can that be possible? I don’t know. If I could have like a magic wand and like, be like, ‘and you’re in the tournament!’ Yes, that’s great. Maybe we should call Harry Potter.”

“I mean, I would love to have 32, but that’s not going to happen. If I had all the international girls, I’d be pulling from all over. But, I can’t. I don’t know. So yeah. We’ll just leave it as I don’t know. I’m trying really hard to get [them] but I can’t fight the government so it is what it is.”