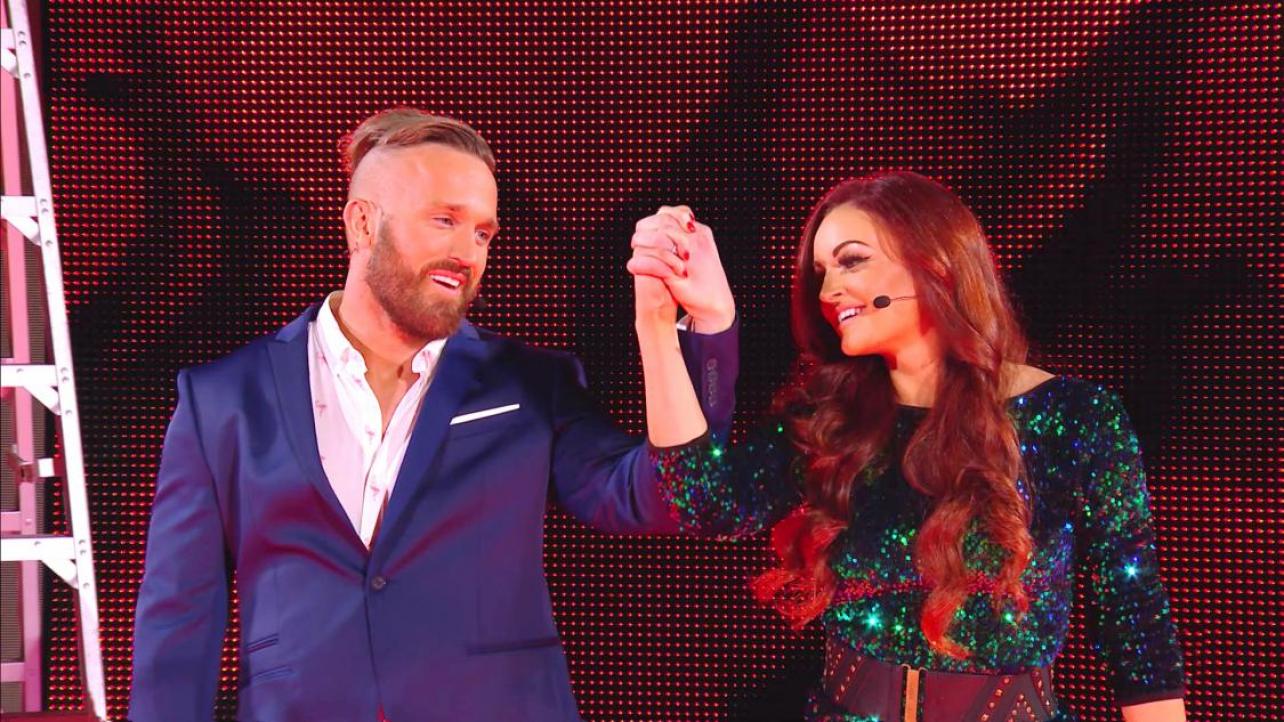 – Maria Kanellis and Mike Bennett are featured getting a look at the 3D ultrasound for their baby girl in the latest pregnancy video blog released by the WWE power couple, which you can check out below.

– In honor of her 47th birthday on Saturday, WWE posted a photo gallery looking back at the career of Lisa Marie Varon (Victoria) on their official website. You can check out the gallery at WWE.com.

– Bayley and Elias talk about competing for Americares, a group working to help those affected by poverty or disaster in their battle in WWE’s ongoing Mixed Match Challenge series in the following video. The two face off against Rusev and Lana at tomorrow night’s installment of the series, which airs on Facebook Watch.