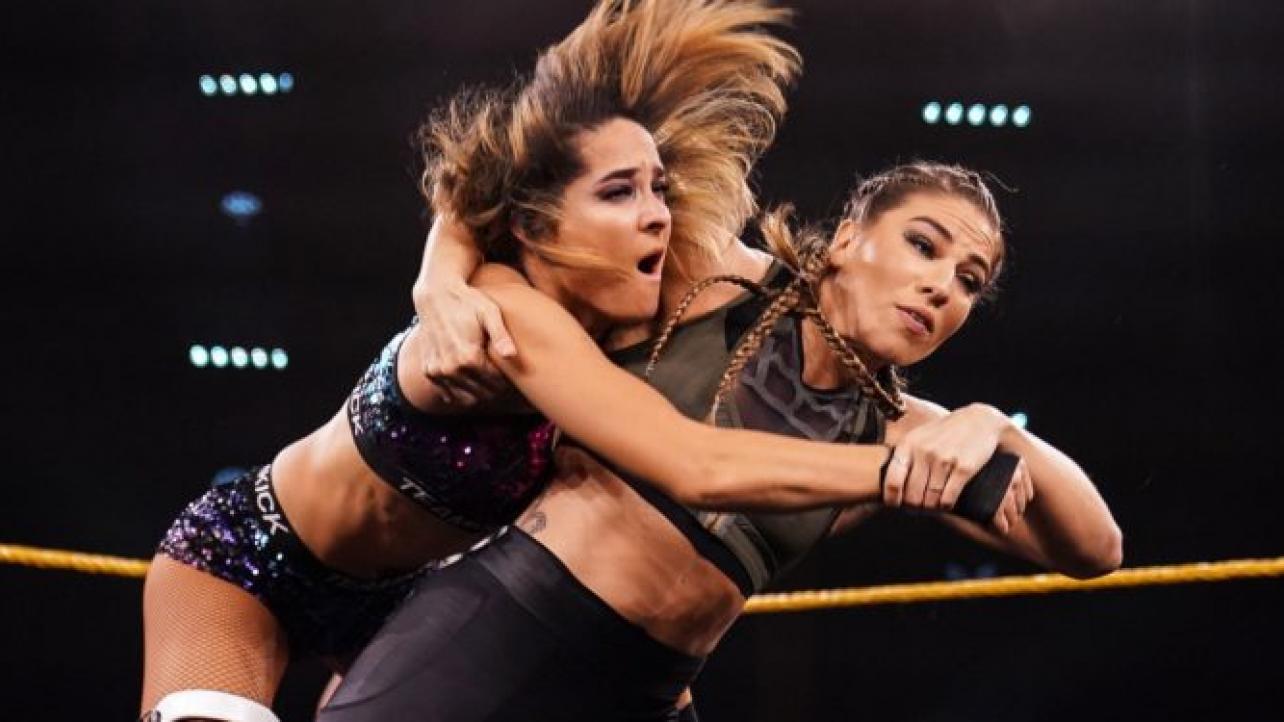 During the discussion, the women’s wrestling veteran and member of Ronda Rousey’s Four Horsewomen group spoke about the origins of her match coming up at Josh Barnett’s Bloodsport 7 show, her opponent Masha Slamovich, who recently signed with IMPACT Wrestling and more.

On how her match at Bloodsport 7 came about: “Honestly, I knew I was going to be doing something. That was too much garnered energy that I worked for. I didn’t take it personal, getting released. I have more good memories at NXT than bad. There’s no personal feelings towards that. I get that there’s sides to this business that you just can’t take personal. I signed that agreement long ago. I think two weeks after I got released, Barnett called me. First, we were just talking about how everything went down. But then he was just like, ‘I’m gonna indirectly ask you to stay in shape. Just take care of yourself and we’ll be chatting in a couple of weeks.’ I said, ‘Yep. Gonna go train now. See you later. Talk to you soon. Bye,’ and I left. ‘Cause I was in my own little emotional bubble for a little bit. Then a few weeks went by and I stayed training. D-Von Dudley gave me access to his ring and I’ve just been going there every week since I got let go. Every single week I try to make it at least once a week into the ring just to stay fresh. I also wanted to see if it made me feel anything. ‘Cause I never want bitterness. I stayed in shape and we chatted. He asked me. He didn’t tell me who my opponent was. He asked me if I wanted to do it. I immediately was like, ‘Fuck yeah. Let’s go.’”

On her opponent Masha Slamovich, who just signed with Impact: “I know and I’m really fucking happy for her. I watched that match. She’s great. Her and Deonna have some special chemistry and as a fan I was like, ‘Oh, shit. I’m definitely going to be paying attention to this.’ Not because it’s my job. It’s because there’s a little itch deep down inside. I want to know what the fuck is going on. I want to know.”