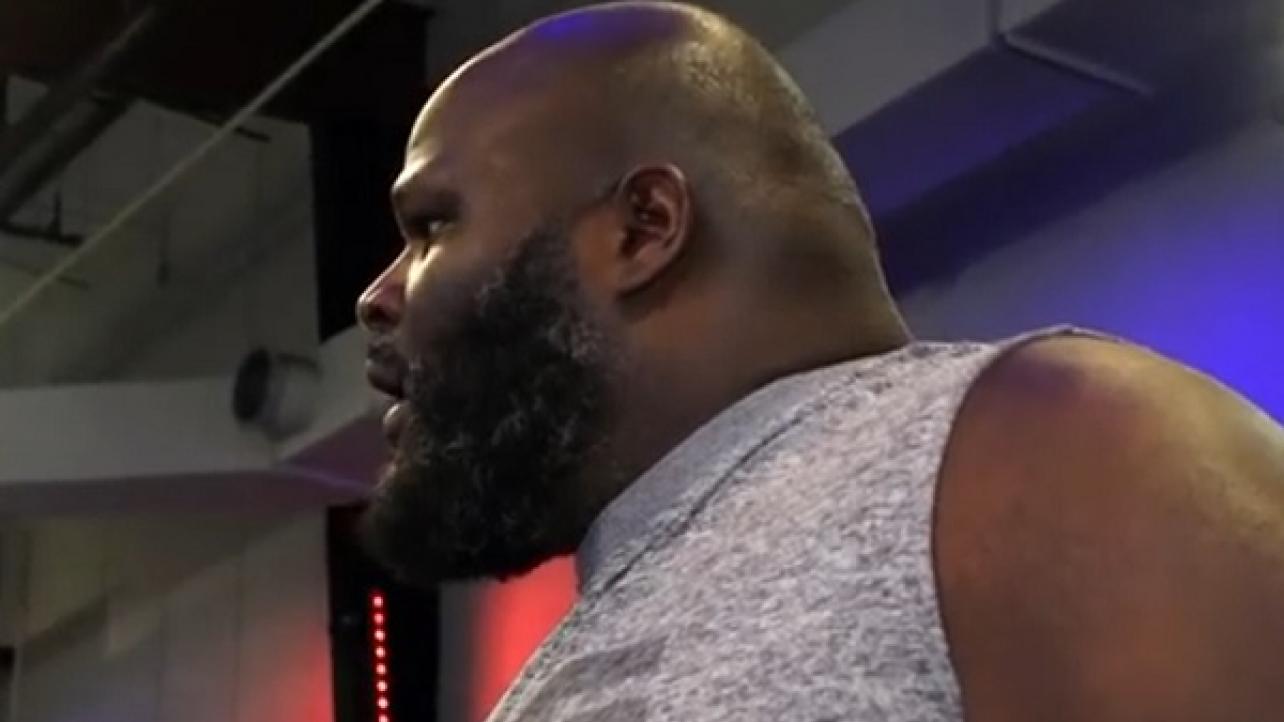 During the show, Henry shared his take on why he feels the fans are relating to their rivalry as they head into their SmackDown Live Women’s Championship showdown at the upcoming WWE Hell In A Cell 2018 pay-per-view later this month.

“Charlotte is in rarefied air,” Henry said. “She was born to be great. She came from greatness. It’s expected. My kids are jaded, spoiled, entitled as hell. They have every opportunity that a kid like me grew up that had no opportunity. Charlotte is the success story.”

Henry continued, talking about what Lynch brings to the story as a whole.

“Becky is the commonplace,” said Henry. “She’s the person that has the struggle. That came from nothing. That worked her ass off just to get looked at. And that’s what our fan base is mostly. Our fan base is people that are busting their ass every day.”

On the angle as a whole, Henry concluded, “The reason that this is an angle that we love so much is that we all identify with it.”

Check out highlights of Mark Henry on Busted Open Radio below.

“Charlotte is the success story. Becky came from nothing and had to work her ass off just to get looked at.” @TheMarkHenry on why the @BeckyLynchWWE & @MsCharlotteWWE angle is resonating with fans.#SDLive #HIAC pic.twitter.com/C8bTUg7bZJ