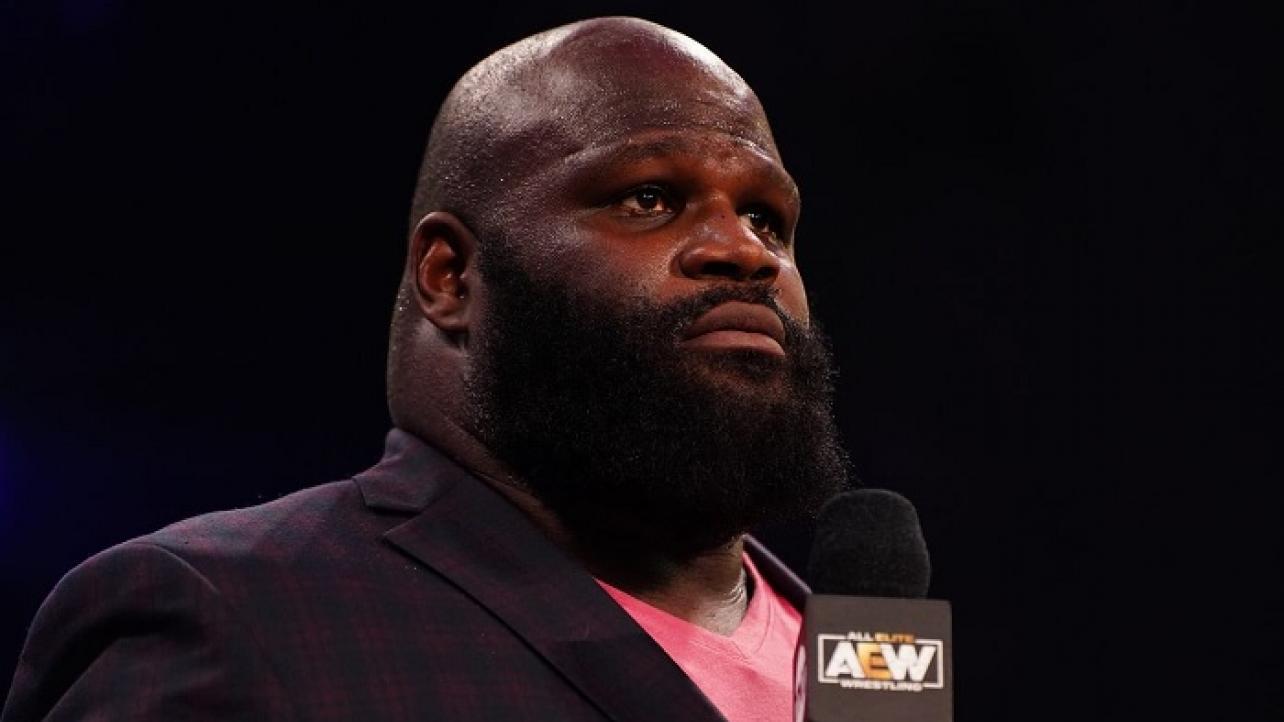 Mark Henry Laughs Off Possibility Of Wrestling In AEW, Talks About His Role With The Company

Mark Henry recently spoke with Large Dave of i95 WRKI in Brookfield, Connecticut for an in-depth interview promoting upcoming AEW shows and other projects.

During the appearance, “The World’s Strongest Man” spoke about whether or not he plans to return to the ring, as well as how he is enjoying his role in AEW, who stands out to him in the company and more.

On when he thinks he’ll get back into the ring: “HA HA HA HA HA HA! I mean, Man, you made me laugh, I’m not getting back in there! If somebody hits me, I’m callin’ the police!”

On whether or not he enjoys his commentating role with AEW. “Man, I am a Jack of all Trades, I’ve been blessed to be able to master a few of them, I’m new to the announcing, and the backstage announcing, but I’m doing pretty good, and I’m enjoying doing it, but I’m most proud of being a part of our community team. To touch all of the members and fans of the communities that we go into, before we do our shows, that’s something special, we leave the place better than we found it.”

On who stands out to him in AEW: “You know, I really enjoy working with Shawn Dean, working with Amanda, Brodie’s wife, Cody and Brandie, it’s a community, it’s a team effort. There’s no one person doing more than the other.”

Check out the complete interview at i95Rock.com.

Mark Henry Laughs Off Possibility Of Wrestling In AEW, Talks About His Role With The Company