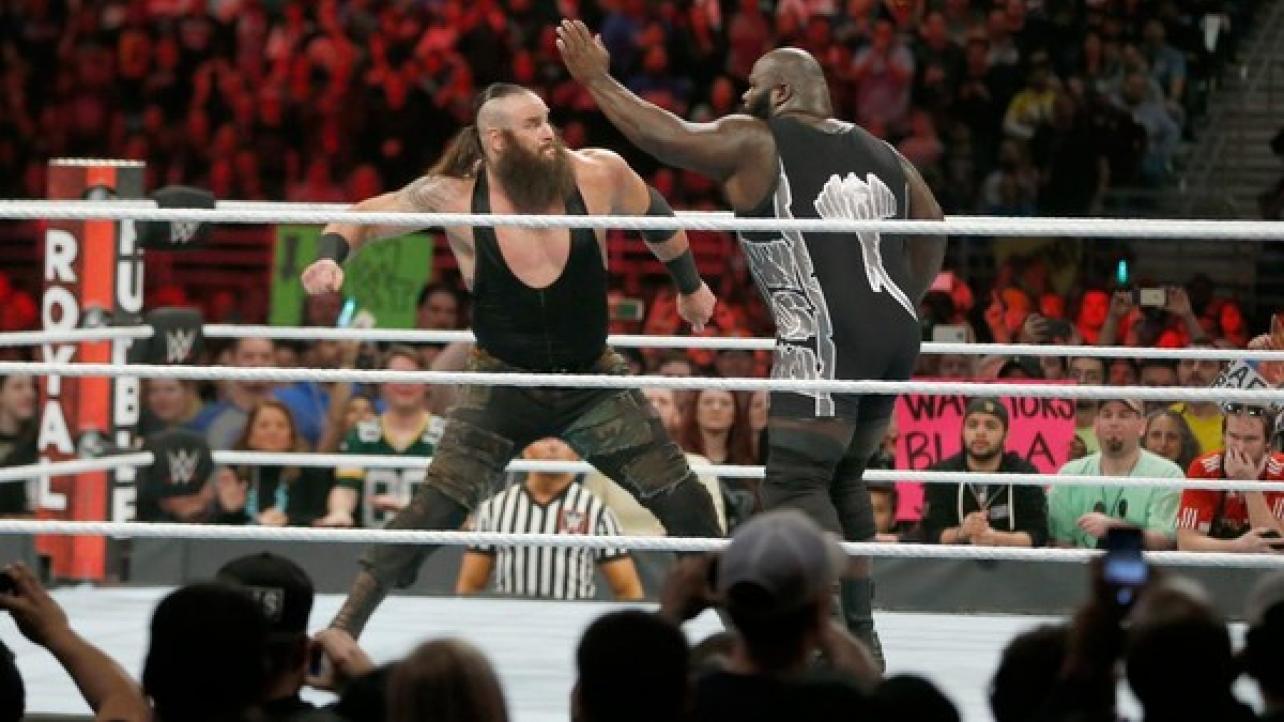 Earlier this week, AEW’s own Mark Henry appeared as the guest on Oral Sessions with Renee Paquette. During his chat with Renee, Henry discussed the WWE release of former Universal Champion Braun Strowman. The newest addition to the AEW announce desk also shared his thoughts on a potential WWE sale, and much more. Check out Mark’s comments below.

On his reaction to WWE releasing Braun Strowman:

“I wouldn’t have let him go. But you know what? If he wasn’t happy, and he asked them for more grace, more time, or more money or something and they didn’t want to pay it, then you’ve got to part ways. But I don’t know what the circumstances were with their relationship. With me, I knew what that was. With him, I don’t know. But if I were to speculate, there was an opportunity with him and Brock [Lesnar] three years ago, and it never came. During the pandemic, he had a little shine, but it wasn’t like if he was to be in that role now. And I don’t know if it was going in his direction. Maybe he was the one that was disenchanted. I don’t know, I’d love to ask him.”

On other releases, and rumors of WWE selling the company:

“I’m kind of shocked by everything that’s happening. When I look at the product, I think that some people might be disappointed. Talent-wise, morale has got to be down. But it looks to me like WWE is breaking everything up and closing some doors to get everything to be kind of normal for a change. And usually, when people break everything up like that and start moving and closing departments, it’s so they can sell it. I don’t know if that’s a good thing or a bad thing. I don’t own it. It’s going to be something to look at. You see what happened with Peacock, and [WWE] had a network, and then they went to Peacock. Now, that someone else’s responsibility. They’re taking all of the expenditures out and making it more of a pretty package to buy and do whatever you want to with it.”

“I think it’s good from the sense that you might see a talent and go, ‘Wow we can use them in this TV show. Or we can use them in a movie or whatever.’ But it’s going to be who they want to do it, not because you have talent or a certain talent towards something. It’s more geared towards making it comfortable for what’s next rather than what is. As far as all the people that are not wrestling people, leave the wrestling to the wrestling people. And the executives and those suits that came in, let them handle the business of wrestling.”