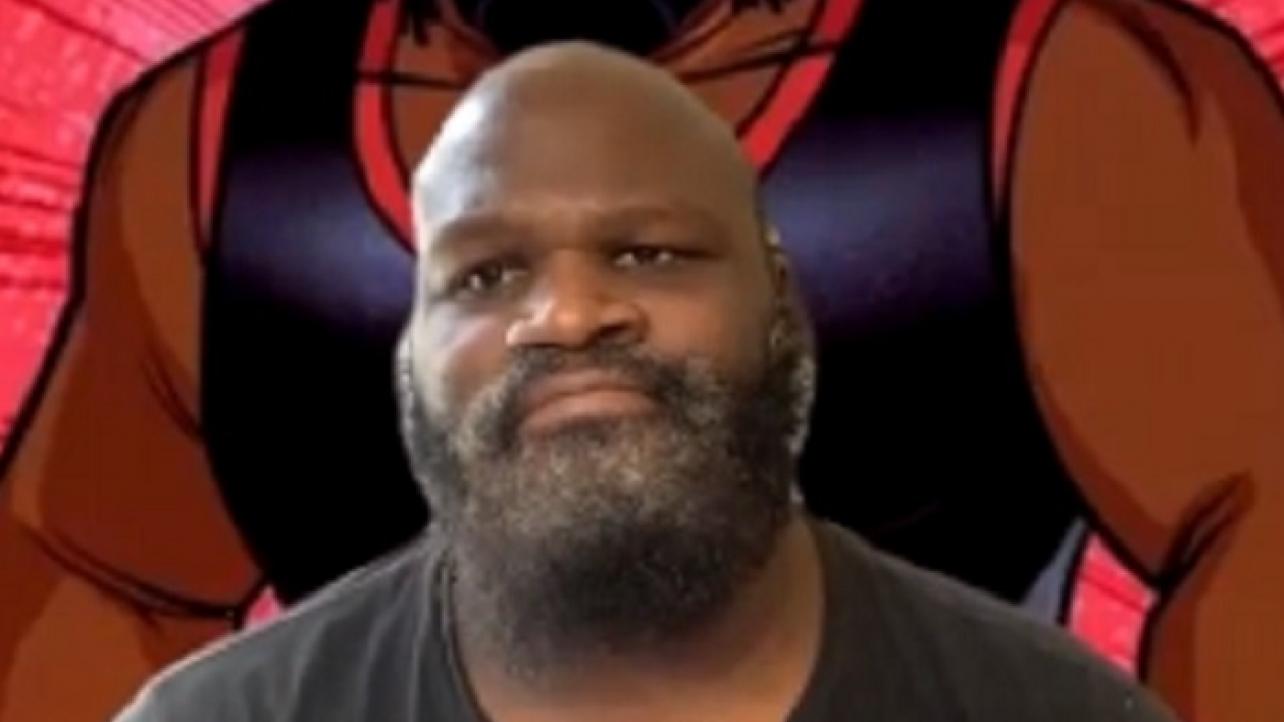 Hall Of Pain starting off as a joke from Vince McMahon.

WWE Hall of Fame legend “The World’s Strongest Man” Mark Henry spoke about this during a recent discussion with Chris Jericho on his “Talk Is Jericho” podcast.

Featured below are some of the highlights from the interview where he touches on this topic at length.

On his Hall Of Pain persona starting off as a joke from Vince McMahon: “I was talking to Pat Patterson one day, and Pat was like, ‘Man, I really would like to see you be just more aggressive. We love you Mark. Your a big, lovable guy, but damn it, if you could just kill people, it will make it so good for you.’ And then, probably about a week later, Vince played a joke on me. I went out to the ring, and they played my music and I was supposed to be wrestling Sin Cara. This is a dark match after the show in Des Moines, IA. I’ll never forget it. I’m standing out there and his music is playing. They play it three times, and now I’m angry at Sin Cara. I’m like, I’m gonna beat his ass when he get out here. They played his music three times. Where the hell is he? And then they played Vader’s music. I’m like, ‘What the f*ck?’ Wait a minute, and I look at Scott Armstrong. I said, ‘What’s going on?’ He’s like, ‘Mark, I don’t have nothing to do with this.’ I get the microphone. I didn’t realize what I was doing until after I did it.

“I said, ‘Give me a microphone.’ I cut a promo. ‘I don’t know what’s going on, but somebody better bring their ass out here to this ring because if I have to come back there and get somebody, it is not gonna be pretty.’ I throw the microphone down. Then they play Rey Mysterio’s music. I get the microphone again. I said, ‘Look, this ain’t funny,’ and Scott gets out of the ring because he sees now I can’t talk. I throw the microphone down and I start power walking up the ramp. And I get up there, and it’s a ghost town. Everybody’s gone, and I just just destroyed the Gorilla position, just mad. They said, ‘Vince and everyone left,’ and I said, ‘What?’ They left. And I just quit. I kicked the door in. Ryan Ward, bless his heart, was the only one in the writers room. He’s like, ‘Mark, I don’t have nothing to do with it, man. They left. They went,’ and I ran down the hallway to the carport. And I could see the limos pulling out of the area, and I call Vince. ‘Motherf*ck him’ and told him I quit, don’t call me. I’m done, yada, yada, yada.”

On Vince McMahon’s reaction to the incident: “And the next week, Vince calls me. I’m not answering his calls, I don’t know how they got my wife’s phone number. I guess from an emergency contact list. They called her, and she was like, ‘Will you answer them and talk to them because they called me?’ I called. It wasn’t Vince I talked to. I can’t remember who it was now. I was so angry about it. I just shut it all out, but he was like, ‘Look man, just come to the show. We’re not expecting you to work anything. We just want you to come and clear this up. If you’re done, you’re done, but leave on a good note.’ It might have been Jim Ross. I don’t know. I go, and Vince is crying. He’s apologetic. He’s serious. He’s like, ‘Man, I didn’t know this was gonna hurt your feelings. I just thought it was a rib and yada yada. We just sat here. We’ve done thousands of ribs,’ but it was in the ring. I never had nobody joke on me in the ring, in front of the fans. I felt stupid, and he apologized. He was a man about it, and he was like, ‘Man, I love you. I’m not trying to hurt you. I was just playing and stuff, but can I show you something?’ And I was like, ‘Oh, sh*t, what now? And then, ‘Kevin, play the footage of Mark in the ring,’ and it looked like that video, that famous video, that they show of Sasquatch. I look like a monster. It didn’t look nothing like me. I was embarrassed for being that out of control, and he was like, ‘If you can do that, we’ll do really well. That’s what wrestling needs, a real, real monster.’ And I was like, ‘Man, I can’t be like that in the ring with one of the boys. I’ll hurt somebody.’ He said, ‘No, you won’t. You know how to work. You just gotta think and be really thoughtful about it. I’m not asking you to go out there and plan a bunch of stuff. Just go out there and be that and don’t kill nobody.’ And that’s what we did. We ended up with the most profitable point in my career.”