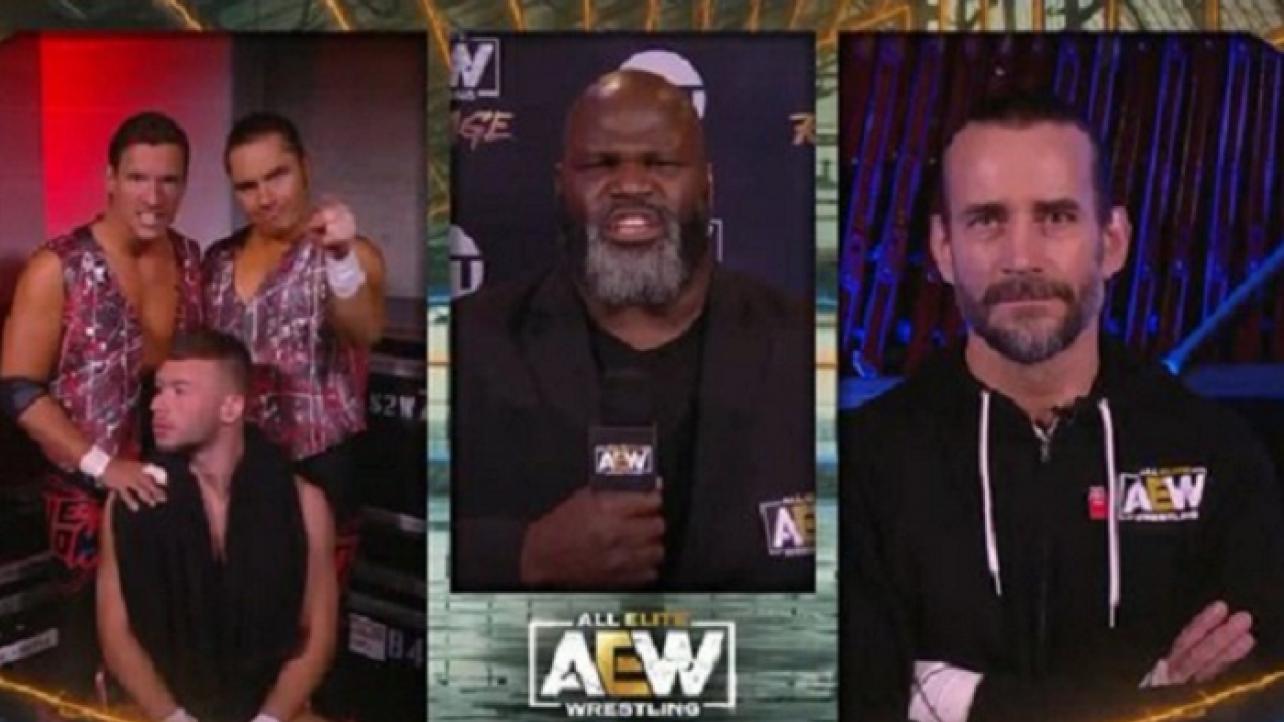 – The merchandise for one of the hottest new stars to emerge on the scene in AEW, Hook, continues to flow from Shop AEW. On Tuesday, Taz, the father of the hot prospect, took to social media to comment on the new beanie released by the official online AEW merchandise store. “Low key sick knit,” wrote Taz, who provided a link for fans to purchase the new item. Check out the tweet below.

– AEW has decided to capitalize on his “Looks like we’ve had enough talk, it’s time for tonight’s main event!” catchphrase used to close his pre-main event interviews on each Friday night’s edition of AEW Rampage on TNT. The Shop AEW website has released a t-shirt that features the growing popular catchphrase prominently displayed on the front of the shirt. Check out the item, which AEW has been promoting on social media, via the tweet embedded below posted earlier today by the official AEW Twitter feed.

– Ahead of the AEW taping at the Entertainment & Sports Arena on Wednesday night in Washington, D.C., the official Twitter feed of the D.C.-based venue has posted a reminder regarding their mask and vaccination policy for fans planning to attend the event. “Tomorrow night AEW kicks off at Entertainment & Sports Arena,” reads the statement shared via social media on Tuesday. “Please note: masks and proof of vaccination are required for entry.” Check out the tweet below.

Please note: masks and proof of Vaccination are required for entry.