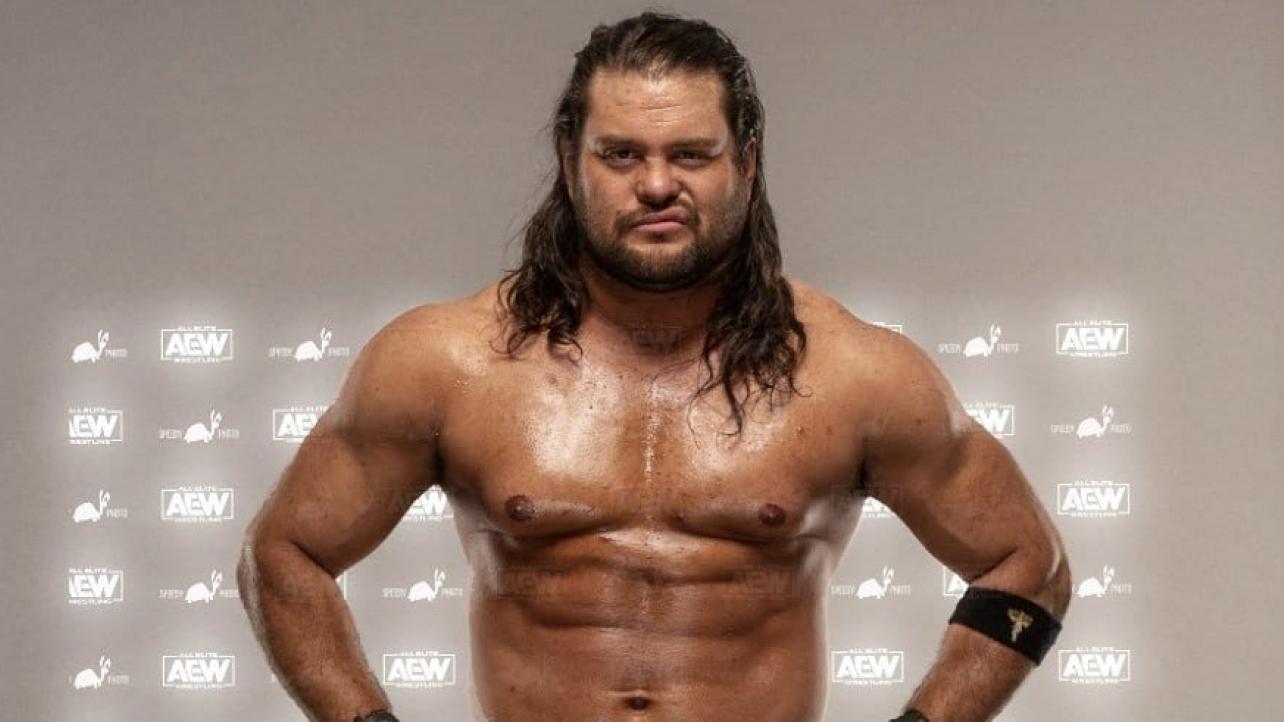 Earlier this week, AEW Dark regular Marty Casaus spoke with The Wrestling Inc. Daily, where he discussed his experience working on AEW Dark. Casaus also revealed his current status with AEW, and more. Check out his comments below.

On training at The Nightmare Factory:

“I am better than I have been in years, to be honest. About two years ago, I herniated my L4 – L5 discs in my spine. I had to do some extensive recovery rehab for that. So once I felt like I could move my hips a little bit, I’m like, I got to get into the wrestling ring and rock and roll. So I actually signed up for the Nightmare Factory, run by Cody Rhodes and QT Marshall. Did three months there and now I’m back, and I’m a free agent. It’s time to rock and roll. I had to move to Atlanta for three months to make that happen, and I had a wedding to get to, so I got married last month. I got back in time from training two weeks before my wedding. So I feel kind of bad letting the planner and my wife plan the whole thing. As long as I was there and shut up and said, ‘I do,’ I figured it’d be fine for me, but I got back about a month and a half ago, and then my wedding was a month ago. So back and ready to roll.”

On wrestling during AEW Dark:

“Christopher Daniels was my agent for most of those, and he knows me from my past work and stuff, so he mostly just kind of left me to my own vices. Everyone I had wrestled there are very well respected, Jungle Boy, Cage, so he’s like, ‘Okay, do your thing there’ and just kind of gave me feedback, which was very little feedback. ‘Hey, you could make this a little bit tighter,’ but it was great seeing him again and working with him. It was cool having agents again and being back there. I love it back there because I know everybody still.”

On his current AEW contract status:

“Right now, they told me when they come near my local area, they’ll give me a call. That’s what that is so far. I have a good relationship with everybody, so I don’t think I have any heat with anybody, but I know they are just transitioning now from the pandemic world to being on the road again. They’ll see where the dice falls once they’re back on the road, and then we’ll see what the future holds for me. Tony Khan was always constantly moving like Vince McMahon was when I was doing WWE stuff. He was very hands on. He came up and said ‘great match’ to me every single time. He gave me a little bit of feedback on certain things… I do a thing in Lucha Underground where I pretty much am a serial killer in Lucha Underground. I grab people by their mouth and drag them like dead bodies, like a serial killer would, and it was super fun for me and individualistic, but they said, ‘Hey, anything with the mouth is kind of Britt Baker’s thing right now so kind of adjust around that.’ I kind of adjusted a few things. I went to a choke thing instead of dragging people by their mouths. A few adjustments but he came up to me after every single match and said, ‘Hey man, good job.’ He came up to me the next day, after two out of the three matches and said, ‘Hey man, great job. It’s good to see you,’ but while he’s doing that, he’s also running and jogging back pedaling to get to work. It’s always like, ‘Hey, thanks man. Good job. Thanks for having me. Okay, good seeing you Tony.’ He was very kind to me while I was there and gave me a little bit of feedback for stuff to change. I changed it, and we’ll see what happens in the future with that.”