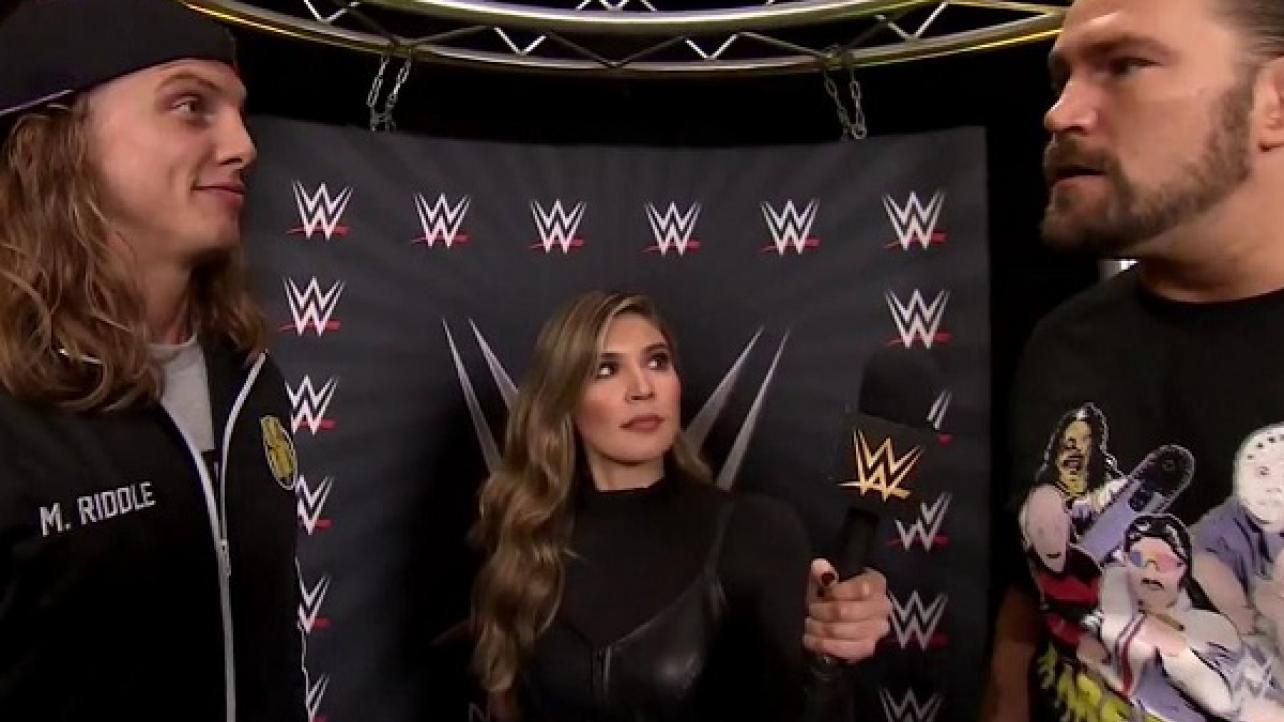 A match that WWE originally had penciled in for the NXT TakeOver: WarGames special this Saturday is now scheduled to take place on the post-WarGames episode of NXT TV next Wednesday night.

Matt Riddle vs. Kassius Ohno in a singles match will air on next Wednesday’s show on the WWE Network. According to Dave Meltzer of F4WOnline.com, the match will be taped at the STAPLES Center prior to the NXT TakeOver: WarGames special on Saturday night. There was some talk of the match taking place at tonight’s NXT TV tapings, but that doesn’t appear to be the case now. Of course with WWE, things could always change on a moments notice.

In addition to being considered as the fifth match for NXT TakeOver: WarGames, Riddle and Ohno were also supposed to wrestle each other at the WrestleMania 35 On-Sale Party on Thursday evening, however the event at MetLife Stadium in New Jersey was canceled due to “inclement weather.”

Make sure to join us here this Saturday evening for live play-by-play results coverage of the NXT TakeOver: WarGames special.