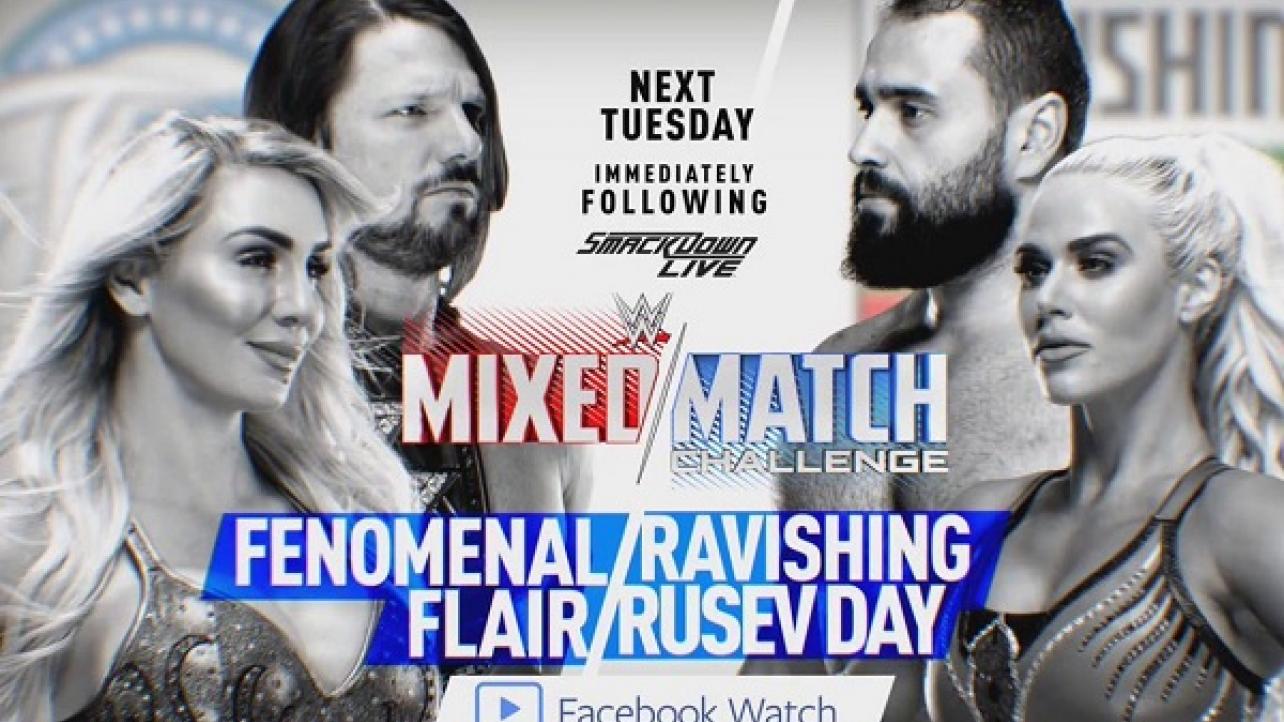 On Wednesday, the matches for next week’s episode of the WWE Mixed Match Challenge series were announced.

Next week, Charlotte Flair and AJ Styles will take on Lana and Rusev and Ember Moon and Braun Strowman will take on Alicia Fox and Jinder Mahal in tournament matches scheduled for Tuesday night’s WWE MMC show.

Charlotte and Styles and Moon and Strowman are two undefeated teams in the tourney, while the Lana and Rusev and Fox and Mahal teams are winless.

Featured below are the updated standings as of right now for the WWE MMC: