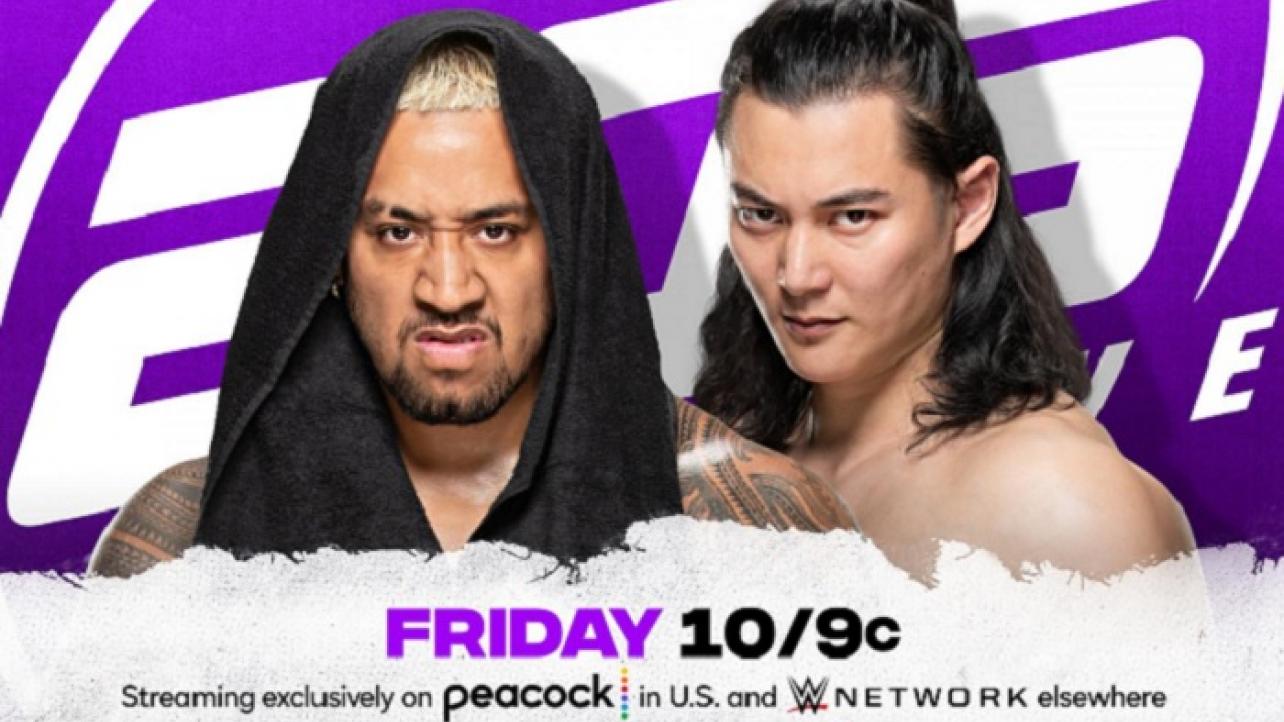 You can officially pencil in three matches for this week’s edition of WWE 205 Live.

Scheduled to air as part of this week’s WWE 205 Live show, which streams live via the WWE Network on Peacock immediately following the WWE Friday Night SmackDown on FOX show, is Solo Sikoa vs. Ru Feng, Ivy Nile vs. Fallon Henley and Damon Kemp vs. Andre Chase.

Sikoa and Feng primed for high-stakes collision on 205 Live

On a thrilling edition of 205 Live, Solo Sikoa puts his perfect record on the line against Ru Feng, Ivy Nile is set for a collision with Fallon Henley, and Andre Chase attempts to take the debuting Damon Kemp to school.

Widely recognized as one of the most impressive and intimidating stars of the revamped NXT 2.0 and 205 Live era, Sikoa has stormed out of the starting blocks since debuting in November, racking up five consecutive wins with a dizzying combination of athleticism and power.

Having recently defeated Malik Blade, Sikoa will look to improve to 6-0 when he tangles with fellow exciting newcomer Feng, who teamed with Blade last week to take Legado del Fantasma to the limit in a pulse-pounding tag team match.

And speaking of high-upside newcomers, the undefeated “Pit Bull of Diamond Mine” has turned heads since bursting onto the scenes, racking up victories against the likes of Valentina Feroz, Amari Miller and more while competing on NXT 2.0 and 205 Live.

She’ll be opposed by the enthusiastic Henley, who teamed with Erica Yan in a losing effort against Feroz and Yulisa Leon last week but showed impressive poise in her first WWE match.

Plus, Chase will get exactly what he wants: an opportunity to take another rookie to school, as he’ll lock horns with Kemp, who is primed to make his highly anticipated debut.

Don’t miss an edge-of-your-seat episode of 205 Live, streaming Friday at 10/9 C on Peacock in the United States and on WWE Network elsewhere!