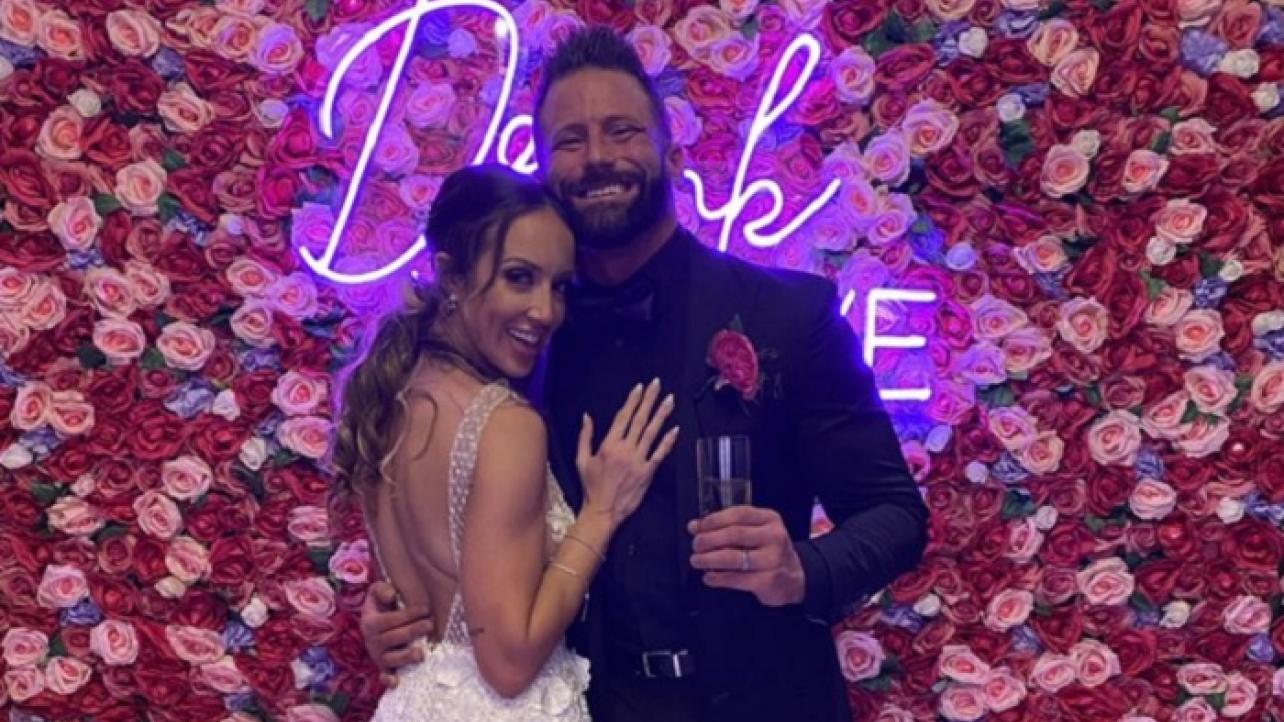 An IMPACT Wrestling couple has tied the knot.

The two got married in front of several familiar faces from the world of pro wrestling at the wedding ceremony in Las Vegas. Among those in attendance at the wedding were WWE Superstars Dolph Ziggler, The Miz, Maryse, AEW Women’s Champion Britt Baker, as well as John Morrison, Taya Valkyrie, Allysin Kay, Maria Kanellis and Allie.

“I’ll love you forever,” wrote Cardona in a tweet shared via his Twitter feed on Saturday that also included a photo of them at the wedding. “Cause you’re my forever hoeski.”

Following up was his new bride, Green, who wrote her own post with additional wedding photos.

Check out the photos of Matt Cardona and Chelsea Green at their wedding ceremony in Las Vegas, Nevada from New Year’s Eve via the posts embedded below.