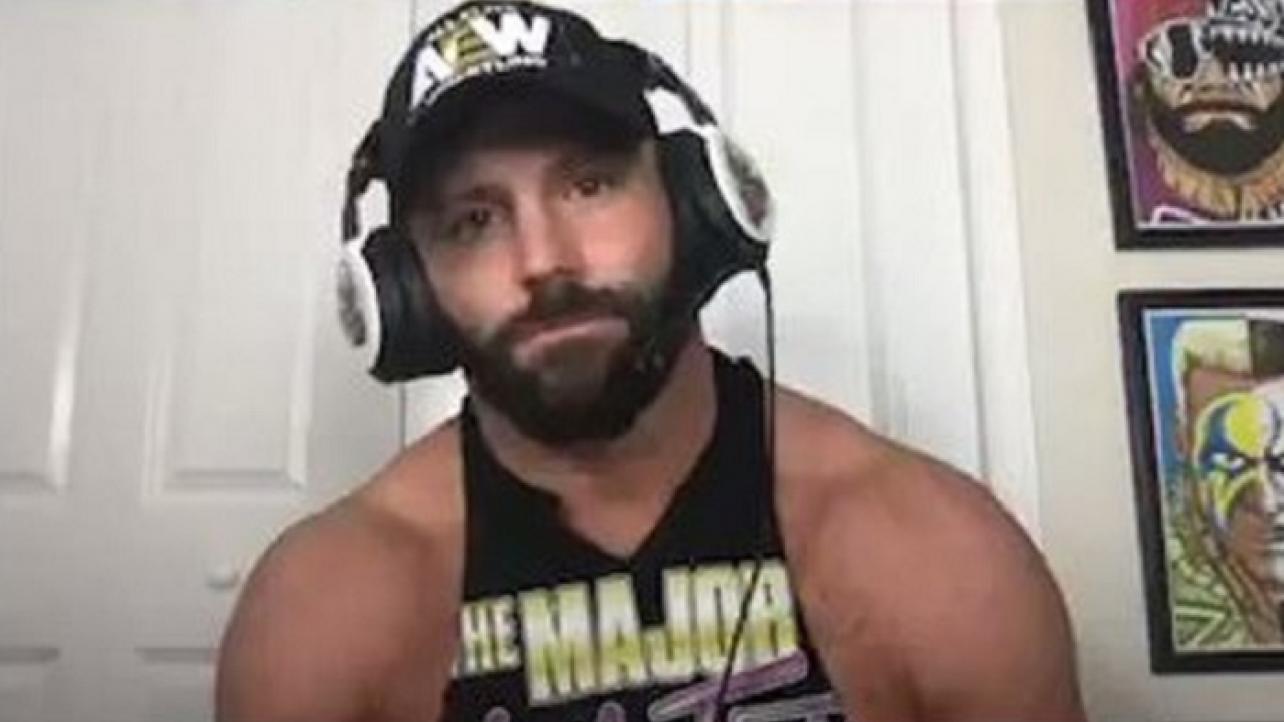 In this latest edition, the former WWE and AEW competitor recalled having to apologize to The Undertaker, Triple H and others during his time in WWE for being on the phone during a match, and how that is hilarious to him considering that talents are actually encouraged to be on their phones in many situations these days.

Featured below are some excerpts from the story told by Matt Cordona on his latest “True Long Island Story” series.

On he and Curt Hawkins having to apologize to The Undertaker, Triple H and Kozlov for being on their phones during a match: “Back in the day, we’ve talked about it before, one time I got in trouble by The Undertaker for being on my cell phone. For those who don’t know the story, it was overseas, we were in Mexico. I believe the main event is Vladimir Kozlov versus Triple H. This is like the last night of the tour, so how many times have I seen this match, you know what I’m saying? How many times have I seen this match. So like, all the boys, all the wrestlers, fellow wrestlers are sitting, watching the monitor and [Curt] Hawkins and I are on our phones. Hawkins claims he was just checking the time at this exact instant, but The Undertaker gives the Undertaker head snap. Basically, disrespectful for being on your phone, blah, blah, blah and he’s pretty pissed and I’m like, ‘Okay, this is The Undertaker, locker room leader, pissed.’ So afterwards, like Mark Henry, he pulls us aside and he’s like, ‘What up dude?’ But he says, ‘You need to apologize to Undertaker’ and I’m like, ‘Okay, you’re absolutely right.’ So Hawkins and I, we pull him aside, we apologize and he’s super cool about it, super cool, because we were very respectful. Super cool. He’s like, ‘You really need to apologize to the guys in the main event, okay?’ So we’re like, ‘Okay, we’ll apologize to Vladimir Kozlov’ which I don’t even know if we did. Maybe we did but he doesn’t know what’s going on. We love Oleg [Vladimir], Oleg’s the best, one of our friends from Deep South [Wrestling]. I’m cringing right now thinking about it, but now, we have to stooge ourselves off to Triple H. So Triple H, I’ll never forget this. He’s like in a private dressing room and we’re like, ‘Um, excuse me Triple H. Um, we were on our cell phones during your match, we’re really, really sorry. That was very disrespectful,’ whatever we said, you know? And he played it off like he didn’t care. But I was like, ‘Oh man,’ and when that cell phone incident happened, this was like the Edge Heads were not with Edge anymore. This was like the beginning of the end so I’m sure that didn’t do us any favors.”

On finding it funny because now there are areas in WWE where you’re actually encouraged to be on your phone: “But flash forward, there’s literally something called the Social Media Zone where you’re encouraged to be on your phones. There’s literally phone chargers for people to charge their phones and stuff, to tweet and it has all the little hashtags to use and stuff like that so they don’t have that anymore, but obviously it’s more accepted. Come on, it’s 2021 now, be on your phone, tweet about it, promote.”

Check out the complete episode below. H/T to PostWrestling.com for transcribing the above quotes from the show.