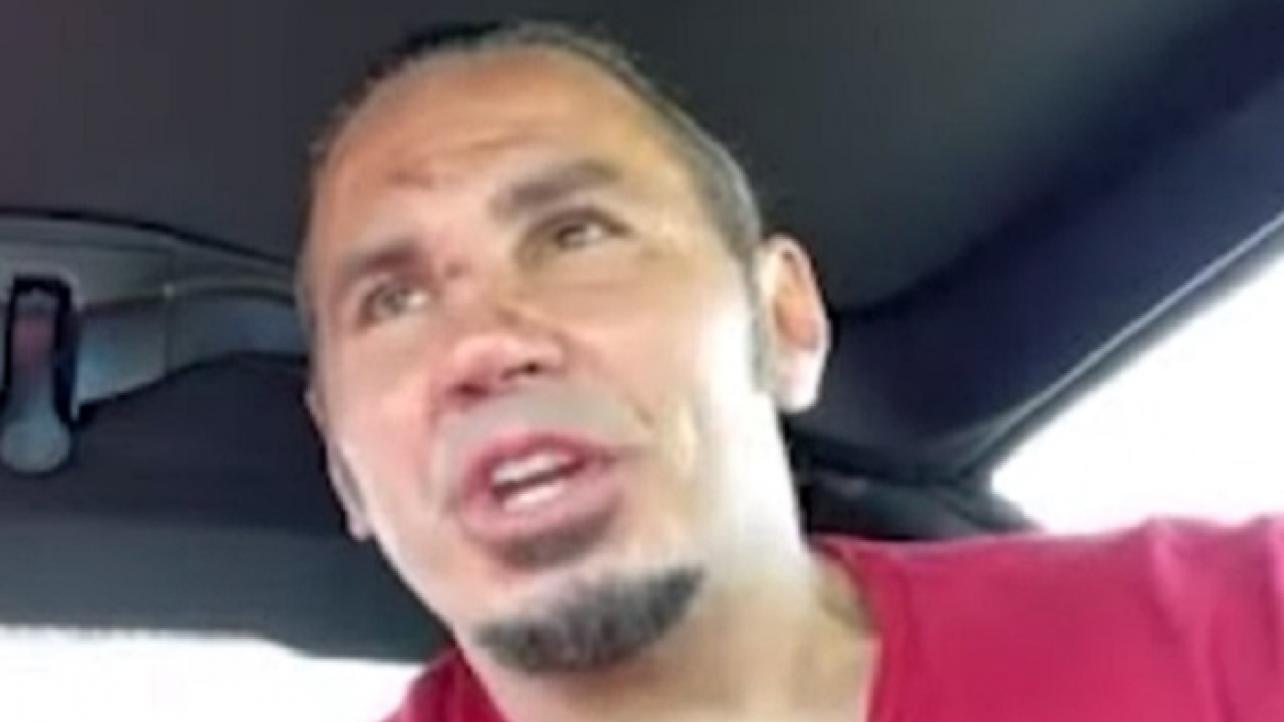 If you take a shot at Matt Hardy, be prepared to receive one right back.

The All Elite Wrestling performer fired back at a critical fan on social media this past weekend for citing a bunch of old examples from the early days of “BROKEN” Matt Hardy in AEW when replying to a tweet from the official AEW Twitter feed touting the ratings success of the AEW Dynamite: Blood & Guts special from last Wednesday night.

“Teleportation, ridiculous promos on drones, morphing, changing clothes, ice machines.. it’s silly [and] stupid,” the fan wrote in response to the aforementioned post from the official feed of All Elite Wrestling.

This prompted “Big Money” Matt to hop on his official Twitter feed to post a reply of his own to the aforementioned fan.

“People love AEW, dumbass. AEW Dynamite WAS THE #1 TV SHOW ON CABLE THIS WEEK,” Hardy started. “I know you CAnon bootlickers have to follow archaic beliefs [and] spew these things, which happened over a year ago. AEW is here to stay.”

Check out the Twitter exchange between Matt Hardy and the wrestling fan, as well as the initial tweet from AEW touting the Dynamite: Blood & Guts ratings success on TNT that led to the replies via the posts embedded below.

People love @AEW, dumbass. #AEWDynamite WAS THE #1 TV SHOW ON CABLE THIS WEEK!

I know you CAnon bootlickers have to follow archaic beliefs & spew these things, which happened over a year ago.