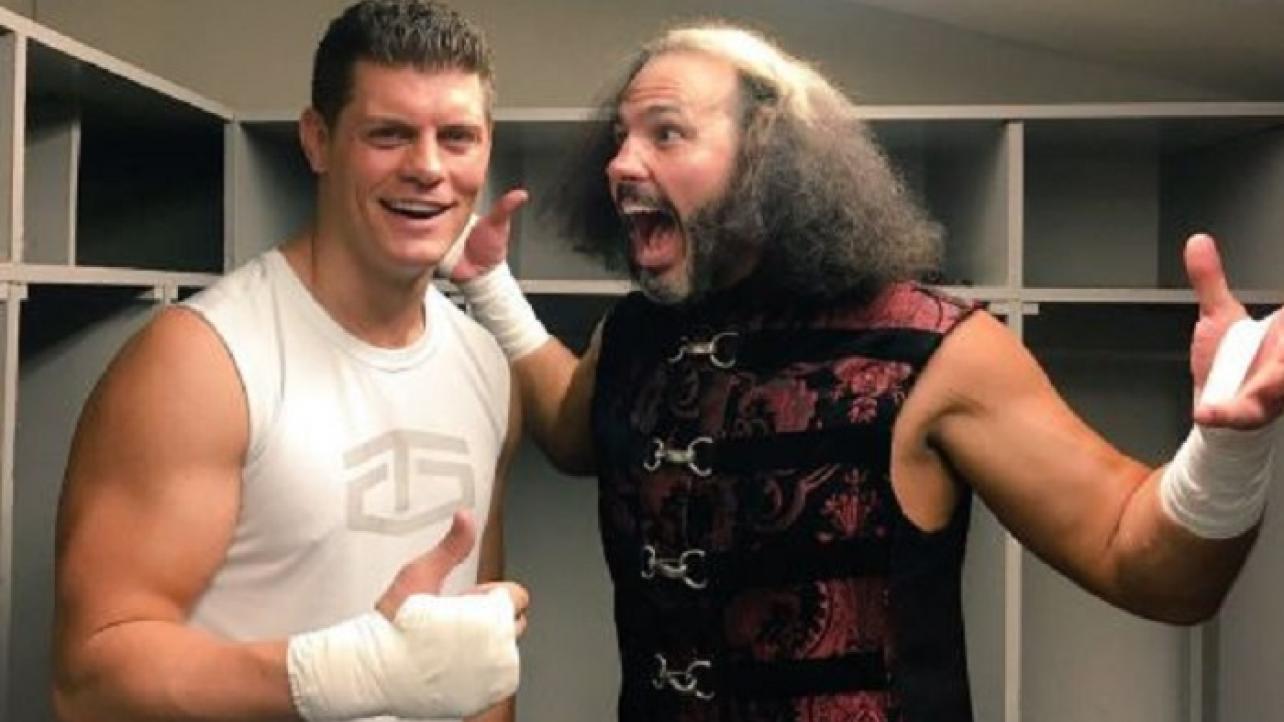 While nothing in terms of confirmation of any signed contracts has yet to surface following the expiration of his WWE deal, longtime pro wrestling star Matt Hardy appears to be AEW-bound imminently, according to recent reports.

Dave Meltzer of the Wrestling Observer Newsletter at F4WOnline is reporting that almost everyone in the business expects Matt Hardy to be signing with AEW — if he hasn’t quietly done so already — given that he has had The Young Bucks (Nick and Matt Jackson) appear more than once on his “#FreeTheDELETE” YouTube show.

It is worth pointing out, however, that Meltzer mentioned in the latest newsletter that Hardy is still on good terms with WWE and that the two sides were simply at a creative impasse, which is why he decided to explore the free agent market when his contract with the company expired.

As noted, Hardy has long been expected to be the mystery man that has been portrayed as “The Exalted One” of The Dark Order faction in AEW, an unveiling that has been advertised for this coming Wednesday night’s episode of AEW Dynamite.

We will keep you posted here at eWrestling.com as updates regarding Matt Hardy’s status continue to surface!