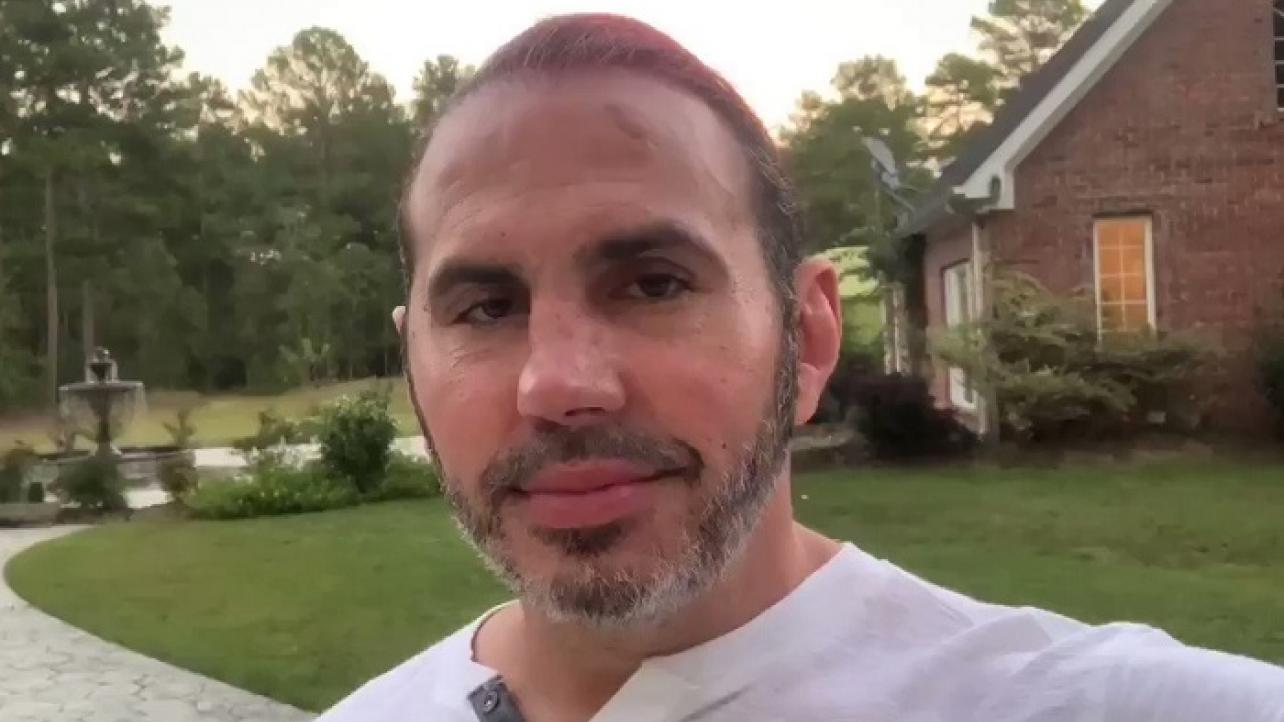 Matt Hardy Offers High Praise For Tony Khan, Talks Being A Heel At His Age & More

During the interview with the popular pro wrestling outlet, “Big Money” Matt spoke about such topics as his teleportation as Broken Matt, working as a heel at his age, Tony Khan having his finger on the pulse of the wrestling business and more.

On his first incarnation of Big Money Matt: “‘Big Money Matt’ there [in TNA] was my first time really delving into it, but whenever I brought it back in AEW, it was much like the same scenario in some ways. Because I feel like myself and my brother, what we had done as the Hardy Boys at that point, for me, it was played out and it was time for me to change it and do something different.”

On Tony Khan really having his pulse on pro-wrestling: “I’m very grateful we got to try it, but I think [Broken Matt] was a little too much for people. So I really wanted to zone in on one persona, and considering I’m an older guy, their demographic is very young, I thought the best way to go is to be a heel and to be Big Money Matt. We ended up doing that and it worked well, and I think this time around is just going to be better and more fun. I feel like Tony Khan is just more on the pulse of wrestling in this day and age, and he’s much more open to taking risks and trying things and thinking out of the box, and allowing Big Money Matt to do things that would be based in reality, but also things you might not be able to get away with and do in other places. So it’s been great thus far, so I’m really enjoying it.”

On the reason why working as a heel at his age is a benefit for the younger audience: “It is what it is. But looking back in hindsight now, which is always 20/20, I think this character that I’m currently doing and being a heel [is beneficial]. I think being a heel is also good for Chris Jericho, being an older guy as well, because a lot of the younger audience, they have a lot less tolerance for us guys who have been around for a while, as far that goes, and [allows us] to do more character work.”

On his teleportation as Broken Matt: “When I first was going to debut as Broken Matt, I’d already had my mind, I didn’t think teleportation was a good idea. I know how Tony Khan is, he is the current smart wrestling fan and he thinks in that same vein, so I love interacting and talking with him. When I first [debuted], Chris Jericho was the one that said, ‘Hey I think we should do this’ and really wanted to do it this certain way and he had it set and I was like, ‘Cool man, we’ll try it. Let’s give it a shot’ and we did it. I was worried about the reaction it’d have because these are wrestling fans who are looking for more of a sports-centric feel. I love the fact that Jericho really put his reputation out there and he said, ‘No let’s do this, we’ll do this, it’ll work with Broken Matt.’ And he really tried and I was super happy that he did give me that opportunity. Once again, looking back in hindsight, now that I know the AEW audience, I think that the best course of action is to stay based in reality, more than anything else. I love pro wrestling and I love how it allows you to go outside the parameters of basic reality and storytelling but I think at AEW, our audience, our fanbase they just appreciate it staying more reality-based.”

Matt Hardy Offers High Praise For Tony Khan, Talks Being A Heel At His Age & More