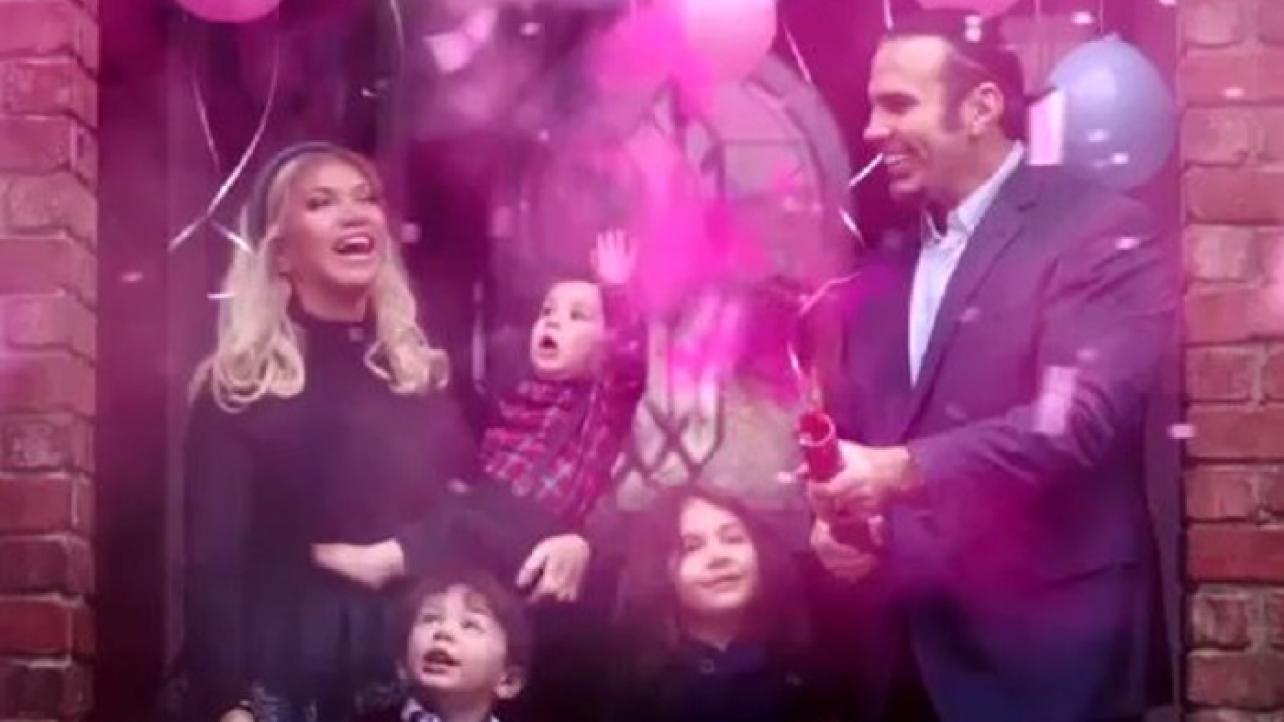 It looks like a new member will soon be joining the Hardy Family.

On Friday, Matt Hardy and Reby Hardy took to their respective social media accounts to post some exciting personal news.

Matt and Reby announced that they are expecting their fourth child together soon, noting that the gender of their new bundle of joy is a female, marking their first daughter.

“#TeamBoy is SO stacked in House Hardy,” wrote Matt via his official Twitter page on Friday. “We decided to add a new member to #TeamGirl!”

Check out the announcement from Matt Hardy’s official Twitter page via the post embedded below. We here at Rajah.com would like to extend a congratulations to the Hardy Family on this exciting news!

#TeamBoy is SO stacked in House Hardy, we decided to add a new member to #TeamGirl! pic.twitter.com/pNxka9zoP0