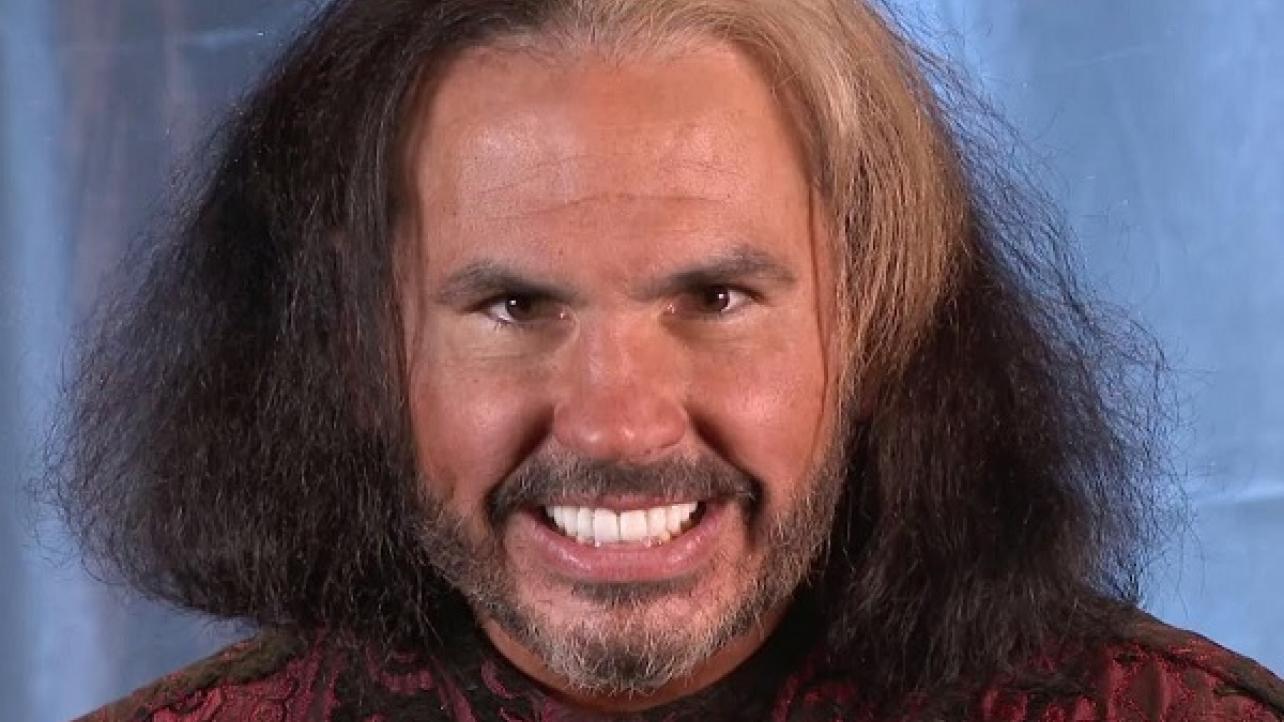 – WWE released the following clip from the latest episode of WWE Story Time on the WWE Network on their official YouTube channel this week. The clip features Matt Hardy telling the infamous story about Vince McMahon attempting to take down and pin Kurt Angle while flying on the WWE jet. Check out the full episode today by subscribing to the WWE Network.

– As noted, WWE runs the Little Ceasars Arena in Detroit, Michigan for tonight’s SmackDown Live and 205 Live television tapings. The advertised dark match main event for tonight is A.J. Styles, Daniel Bryan & Jeff Hardy vs. Shinsuke Nakamura, The Miz & Samoa Joe in six-man tag-team action, as well as Carmella vs. Asuka. Make sure to join us here this evening for live results coverage of SmackDown Live.