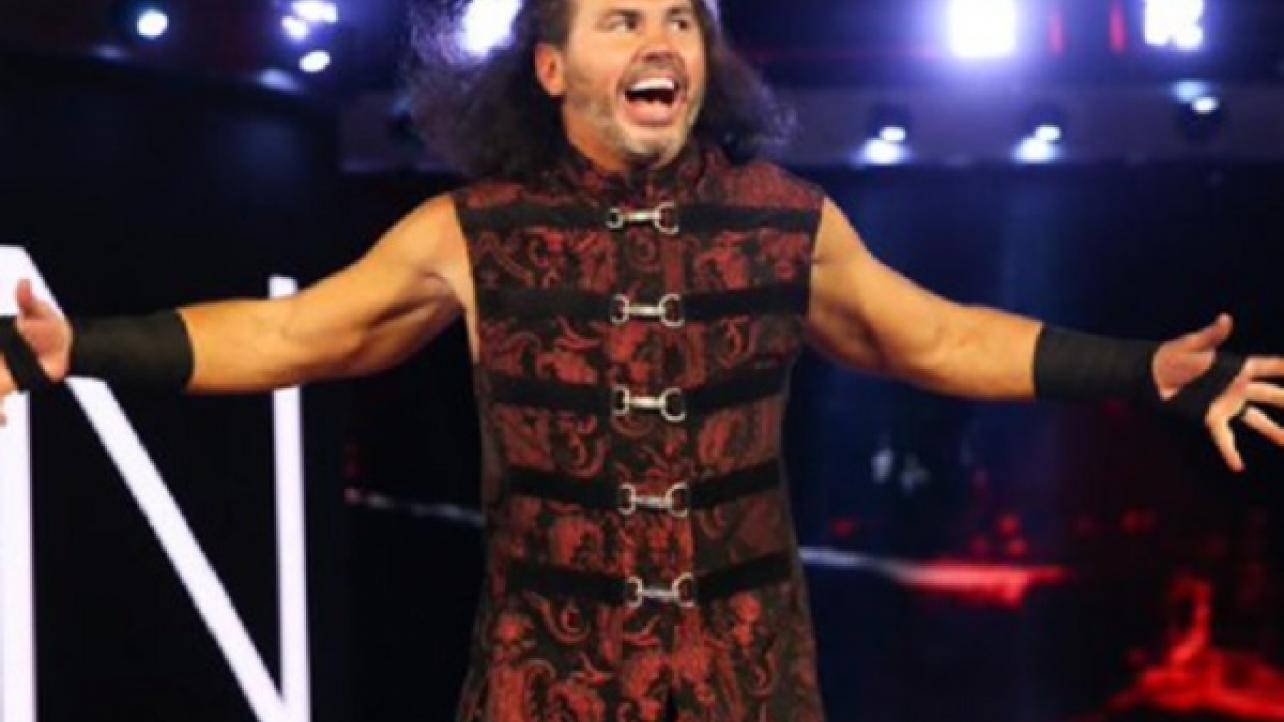 Matt Hardy will be serving as the Honorary Pace Car Driver for the Can-Am 500 at ISM Raceway in Phoenix, Arizona this weekend.

WWE issued the following press release regarding the appearance:

This Sunday, November 11, WWE Superstar Matt Hardy will lead the field to the green flag in the Toyota Camry Official Pace Car as the Honorary Pace Car Driver for the start of the Can-Am 500. The race will take place on the final day of ISM Raceway’s Opening Weekend celebration.

“Being part of Opening Weekend for the new ISM Raceway is such an exciting experience, and I’m honored to race around the track with some of the best in the sport to kick off the Can-Am 500,” said WWE Superstar Matt Hardy.

Hardy’s championship pedigree and competitive spirit make him the perfect pace car driver for Opening Weekend at ISM Raceway. The Can-Am 500 Monster Energy NASCAR Cup Series semifinal playoff race will be the first major NASCAR event following the completion of the $178 million ISM Raceway Project Powered by DC Solar, which includes new fan amenities, upgraded food and beverage offerings, and an all new INfield experience that brings fans up close and personal with their favorite drivers and race teams.

Limited tickets still remain for the 2018 Opening Weekend and Can-Am 500, starting at $47. Weekend packages, which also include the NASCAR Xfinity Series and the NASCAR Camping World Truck Series, start at $67. Tickets are available online at ISMRaceway.com, by phone at 1-866-408-RACE (7223) or in person at the ISM Raceway ticket office.

Tickets for Royal Rumble are available now through all Ticketmaster outlets, www.ticketmaster.com, at the Chase Field box office or by calling Ticketmaster charge by phone at 800-745-3000.

This news is….WONDERFUL! @MATTHARDYBRAND has been named as the Honorary Pace Car Driver for the Can-Am 500 race this Sunday!https://t.co/bUoZu7YjTh