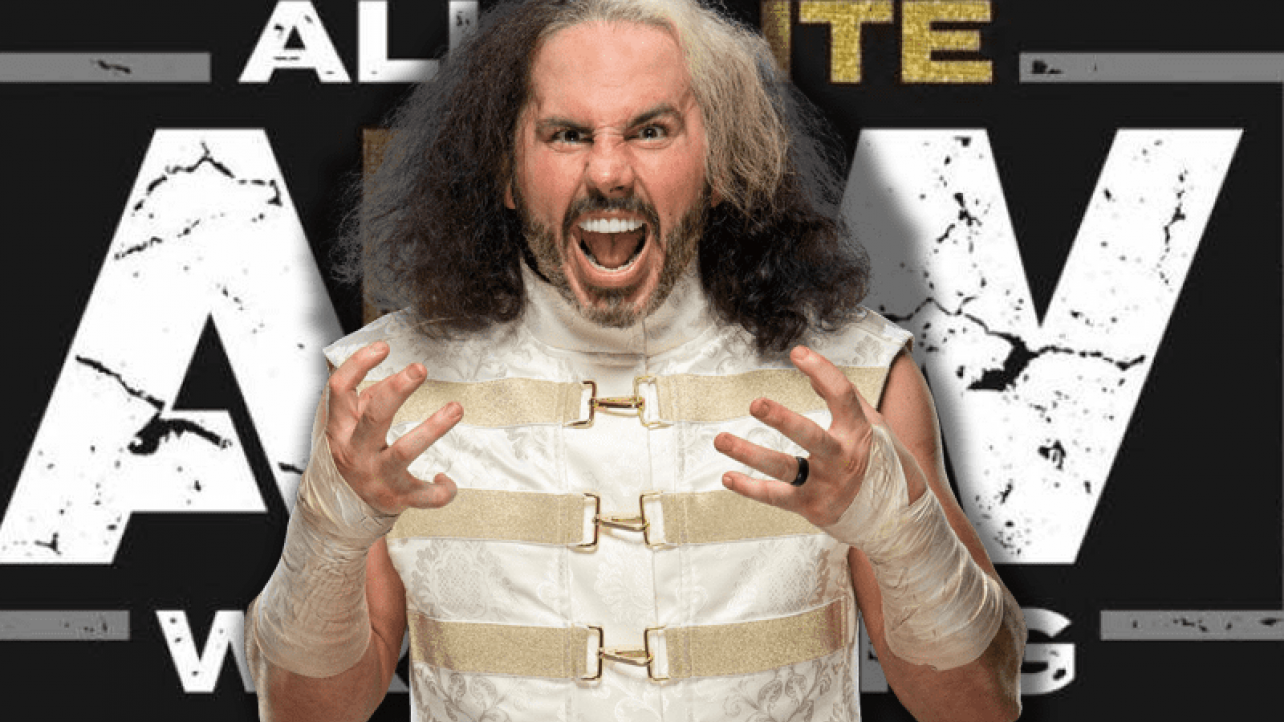 Matt Hardy Shares Thoughts On His “Broken” Character In AEW, Working As A Heel

Current All Elite Wrestling star Matt Hardy recently sat down for an interview with Asbury Park Press. Matt spoke at length about his “Broken” Matt Hardy character, and shared his thoughts on why the gimmick has struggled to get over with the AEW fan base. Matt told the press:

“Broken Matt Hardy is a very audience-friendly character. It needs a crowd, it needs an audience, and it just was not in the cards to be Broken Matt Hardy … because his debut was in the first-ever empty arena era, pandemic-era show, the first empty arena show that AEW had. Broken Matt Hardy is … very theatrical, and it doesn’t translate as well to the current AEW audience that sits at home and watches (on television) because I’ve realized that this is a much younger audience. It’s a much more sports-centric-type audience.”

Hardy also spoke about the way he portrayed many different gimmicks during episodes of Dynamite, and gave some insight into the reasons we haven’t seen a few of them in recent months. When speaking about the gimmicks, Hardy explained:

“I tip my hat to (AEW president and CEO) Tony Khan. He allowed me to try kind of switching characters and see how people reacted to it. I think if we had been in arenas full of people it would have been different, but considering we’re now playing to the television audience, it was better for me to zone in and focus on one thing. And I think being Big Money Matt and being a heel, considering how I’m an older guy here and it’s such a younger demo(graphic), I think that’s the way for me to go. So I’m very happy with the groove that I’m currently in.”

The veteran Matt Hardy, who has wrestled in many different promotions throughout his 20 plus year career, also talked about changing up his role in the wrestling world. Hardy spoke about working as heel, and why he thinks that works best for him, saying:

“I feel like as a babyface, I wanted to try and work with (the young talent) on the same level but I think physically, because I’m older, it’s kind of tough for me to do that. I think I’m in a much better role where I can be the heel, the guy who isn’t afraid to get booed or the guy who doesn’t have to keep up with them and can work a different style that suits me better. Considering my age and the amount of physicality my body has been through over the years, I just feel like being in this role I’m at as the bad guy just works better.”

Do you have any thoughts on the man of many gimmicks? Sound off in the comments, and let us know which one is your favorite!

Matt Hardy Shares Thoughts On His “Broken” Character In AEW, Working As A Heel