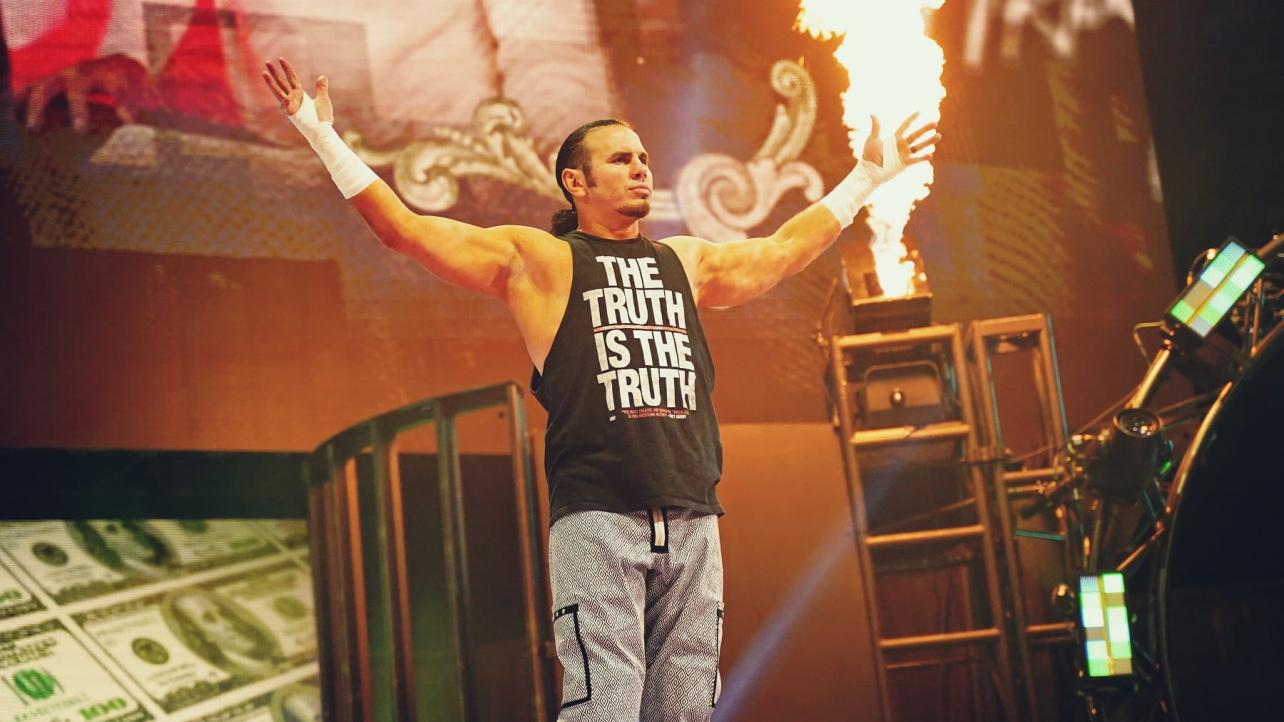 Matt Hardy Talks His Work With OMEGA, How He Started The AEW Style Of Wrestling

AEW superstar Matt Hardy recently spoke with Culture State about a number of different topics including how the indie federation OMEGA was the innovator of the in-ring style that a lot of talent in AEW currently uses. Highlights from the interview are below.

On the OMEGA wrestling promotion sort of creating the in-ring style used in AEW:

“We weren’t officially trained and we started working for George South a bit and that was all three acts. We would do their shows no matter where and they would take us to WWE to be extras. That was our dream, to eventually make it and be stars on a global level. When we didn’t have enough bookings, and we had no contacts, we didn’t know anyone and we were just chasing our dream. I said, ‘If we can’t be booked on more shows, I’ll actually do shows.’ I got a little taste of the booking aspect as far as booking venues and booking shows and talent. It was a great learning experience. That was the initial reason I started running shows under the OMEGA banner. I’m pretty sure I invented the AEW wrestling style with OMEGA. Matt Hardy is responsible for a lot of things. That was the style we were doing back then and people were like, ‘You’re doing way too much, you have to slow down and work a hold brother.’ We kept the intensity up. Another notch in my belt is I created the All Elite Wrestling style, the style that lives on in 2021.”

Says he’s fully convinced that AEW’s in-ring style is the way of the future:

“I’m fully convinced that AEW and the style is the wave of the future. You can’t change my mind. I believe that. I saw this would be the style years ago and now there is a company that has come to fruition and doing this style.”

Matt Hardy Talks His Work With OMEGA, How He Started The AEW Style Of Wrestling